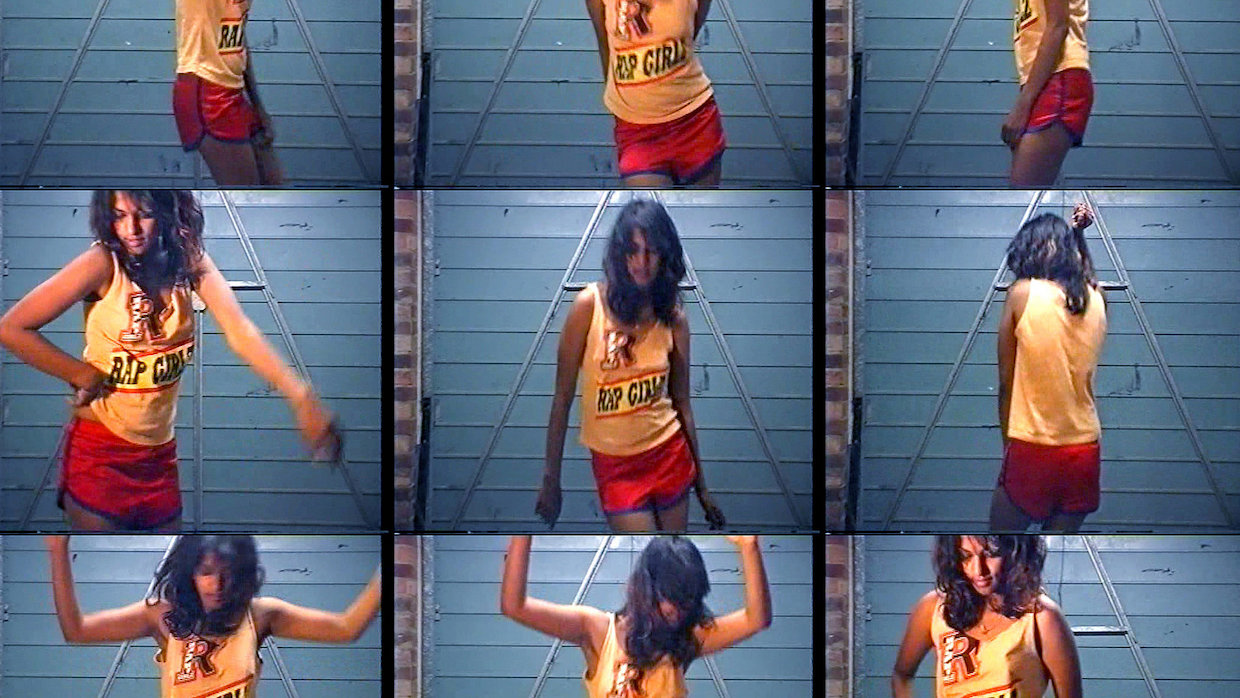 During its many years of gestation, the only thing known about Matangi/Maya/M.I.A. was that it was a beyond-troubled production. In 2012, director Steve Loveridge wrote that he’d “rather die” than finish the profile of the musician/his friend since college; as of last March, M.I.A.’s official position was that she hadn’t spoken to Loveridge — a friend of hers since art school — “in years” and had no idea what, if anything, was happening with the film. Whatever was going on in the background of those statements, a finished film has emerged, both director and subject were there for its premiere, and the finished product is, at the very least, coherent.

Drawn mostly from footage shot by Maya Arulpragasam, family and friends, Matangi is roughly divisible into three parts. The first third is about her inevitably complicated upbringing after arriving in London at age 11; her father — the founder of the Tamil Tiger resistance — arrived almost a decade later. In film diary footage, Arulpragasam’s brother and sister are less than thrilled by his arrival after years of radio silence, while Arulpragasam insists the overall experience was a blessing: he gave the siblings an interesting background and made them strong. Between college terms, Arulpragasam returned to Sri Lanka for two months, which helped articulate the immigrant experience as the core of her artistic practices. Flashbacks to this consciousness-raising trip — in May, June and July of 2010, one month at a time — break up all three parts; the second is a rather hazy account of her rise to fame, which is light on recording and business specifics. The third addresses various controversies, real or fake, that have attended her. The spectrum of seriousness ranges from ostensible support for terrorism in Sri Lanka (I’m not even going to touch that) to her flipping the finger at the Super Bowl while supporting Madonna (which, in an adult world, would not be an issue). This last stretch is basically dedicated to rehashing a series of instances in which M.I.A. feels she’s been publicly misrepresented (including that infamous Lynn Hirschberg profile). I’m not even saying she’s wrong, but this is the kind of obsessive worrying about image shaping — first a recap of the event, then the refutation — that makes for a truly fans-only affair.

I do not have strong feelings about M.I.A. either way, but I had a good time watching the opening stretch, with its period-redolent camcorder captures of council estates and bonus footage of Elastica’s Justine Frischmann (often in her Sunkist t-shirt) hanging out with and/or squabbling with M.I.A. In footage shot during college, M.I.A. is clearly a total package of a star performer: she can dance, mug for the camera, make her own beats and curate her own eyecatching fashions. I would have loved to learn more about how, precisely, she managed her ascent or, indeed, gotten a more concrete sense of the particulars of making her music, but this isn’t a studio rat deep-dive, let alone something along the film-whatever-you-like lines of Metallica: Some Kind of Monster. Fans, adjust upwards accordingly based on my biases.

Crystal Moselle’s doc feature debut The Wolfpack grew out of an unplanned encounter with its subjects on NYC streets; her narrative follow-up, Skate Kitchen, at least per official statement lore, similarly grew out of a run-in on the subway that formed into a sponsored short. Skate Kitchen stars an amazingly charismatic core group of girl skaters who have been merged with professional actors — notably Jaden Smith as the token love interest (a gender-flipped reversal of the usual way this part gets assigned); lead Rachelle Vinberg, whose character Camille anchors the project, is his counterbalancing non-pro actor. In between lots of (kinetic, fun) skating footage, Skate Kitchen tracks Camille on a coming-of-age journey that can be guessed from the first 20 minutes. She’s a skater whose mom disapproves, starts sneaking out to meet her girl crew friends at the skate park, leaves home, meets a boy her crew disapproves of — fallouts and reconciliations happen exactly on schedule.

I really enjoyed the first 30 minutes or so, which table plot for a series of scenes in which the girls hang and shoot the breeze. The breakout non-performer here is Nina Moran, whose persona is hard to describe succinctly — a deadpan lesbian skater bro? She’s a lot of fun (and already has a TedX Teens profile, what a world). There is a scene of frank Tampon Talk that will get a lot of thinkpiece attention down the line, plus discussion of gaslighting and male sexual harassment — this is absolutely on schedule, but by articulated by bright teenagers who are being themselves feels organic rather than an attempt to surimpose Topical Concerns. (The soundtrack use of Junior Senior’s “Move Your Feet” is a whole other question — is that still in circulation with the kids?) Many fragments of what would, in another movie, be full scenes, are cut together in a way that doesn’t eliminate dialogue entirely, but makes it inessential, just another part of the texture of the carefully observed world here. In the opening segments, there’s a lot of concealed camera shots with long lenses that position the skaters in a world too credible and bustling to be entirely staged.

But then there’s that plot, and it’s a total pain. There are no surprises here, and at 107 minutes the entirely standard-issue nature of the rise and fall of putatively dramatic confrontations eventually snuffs out the pleasure of the on-screen company in favor of a dreary march through events. The dialogue courses into the territory of MTV reality show (“What’s going on with you and Devon?”), and this very standard trajectory does nothing to highlight or accentuate either the performers’ strengths or the context of their milieu. When I said this to a few people after the screening, their nonplussed response was “Well, it’s a movie…” — meaning this is how narrative works, and my expectations are bonkers. And maybe they are (although eventually I finally had a conversation with someone else who understood and validated my complaint). I know not all movies about groups of tightly-knit people interacting are going to be Richard Linklater hangout sessions, and that wouldn’t even be a good thing. But there has to be a better way to construct a narrative framework for a group of talented non-pros that can address thorny territory without reflexively narrating to the dreariest and most familiar storyline possible.