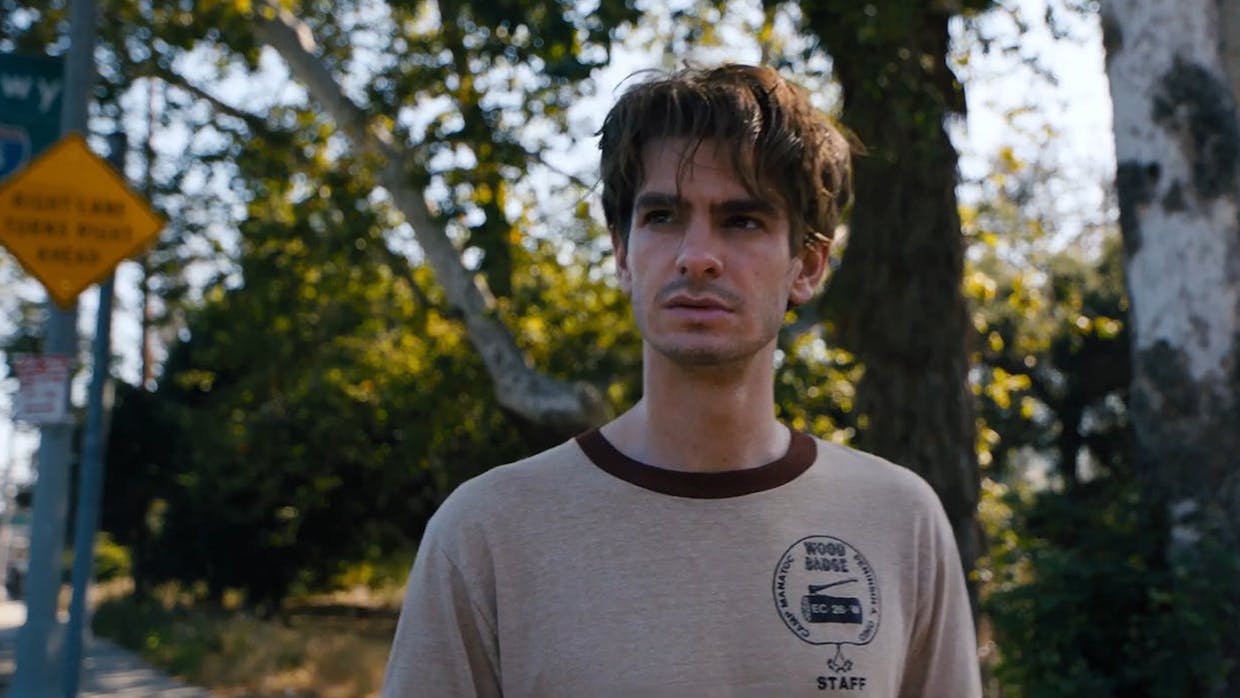 Andrew Garfield in Under the Silver Lake

While there are discoveries to be had at this festival, Cannes is notoriously light on unknown quantities; Yomeddine is the only debut in this year’s Competition slate, and who knows how or why that happened. It’s a festival that prides itself on grandiosity and presenting the vanguard of arthouse filmmaking, albeit with some degree of familiarity, which means that much of the excitement of coming to watch movies here stems either from promises fulfilled or witnessing the occasional familiar face move in a new direction. Invigorating as these latter cases are to behold, they inevitably arrive with mixed results, as exemplified in two Palme d’Or competitors screened recently for the press: David Robert Mitchell’s Under the Silver Lake (his follow-up to 2014 Critics’ Week sensation It Follows), and Lee Chang-dong’s Burning (his first new film in eight years, following Poetry).

Under the Silver Lake was arguably the more promising of this pair (both, coincidentally, concern missing women), with rumors of a sprawling, surreal scope and a Southland Tales-esque flair for ambitious mindlessness swirling in the air from the previous night’s gala premiere. But Silver Lake feels less indebted to Richard Kelly’s apocalyptic mayhem than it does to Inherent Vice (at least Paul Thomas Anderson’s adaptation) and therefore The Long Goodbye (1973), concerned as those were with slack odysseys and blitzed, decelerated protagonists. Silver Lake‘s stupefied tour guide, Sam—played here by Andrew Garfield, whose too-sculpted body reminded me of how rare it is for film narratives to incorporate exercise into their fit characters’ everyday lives—is a single-note bro, coasting on a life far more beguiling and expressive than he deserves.

I was reasonably on board with Mitchell after seeing his first two features, finding him a competent image-maker with a virtuous knack for crafting sly, pointed critiques of American suburbs. It was disconcerting, then, to discover the aimless, derivative vision that is Silver Lake—entirely devoid of the details and touches that indicate first-hand experience. The most inspired touches surround amusingly convoluted problem-solving methodologies involving cereal boxes, coded music lyrics and Nintendo Power magazine, but even these bits feel ironically far-fetched rather than genuinely curious about logic or mystery. Late in the movie, I began to detect a mounting critique of white privilege (Sam, who curses LA’s homeless population at one point, is pathologically unemployed and weeks late in paying his rent, though this hardly inconveniences him and his “livelihood”), though even that saving grace dissolves into the rear-view by film’s end, when rote absurdism once again regains its footing. It’s all fairly phony, really—a ponderous movie about madness, too determined to create gestures that are Laughable and Weird. Say what you will about Southland Tales, but that was a movie that believed in its bad ideas, expressing in(s)anity in a way that felt impossible and productively unstable as an object.

Another unexpected turn from a recognizable director, Lee Chang-dong’s Burning, exhibited a considerably firmer grasp on its ambitions. Working from Haruki Murakami’s short story “Barn Burning,” Lee here presents an improbably mysterious yarn that builds (and builds) upon its source material, complicating Murakami’s class consciousness to the point where it fully embodies a genuinely haunting mindset and way of being (lost) in the world. The narrative concerns Jongsu, a deliveryman who meets and falls in love with Haemi just before she sets off on a spiritual-humanist trip to Africa. When she returns to Seoul, she’s accompanied by Ben—a handsome, well-off man she befriended on her trip who seems not at all reluctant to lure her away from Jongsu. The set-up suggests a romantic drama of some kind, but the film itself is difficult to classify—part crime thriller, psychodrama, part dance film. For a film that runs just shy of two-and-a-half hours in length, it demonstrates a remarkable ability to never settle into any given form. It’s always developing, entangling itself into a deeper and darker abyss—a long way away from the Lee’s most recent films, the humanist epics Secret Sunshine (2007) and Poetry (2010).

More than any of his previous film, I actually thought most of David Lynch while watching Burning. As though trying to capture the negative space of one of the American master’s “women in trouble” narratives, Burning often felt like Fire Walk With Me turned inside out, operating exclusively on the periphery of the underworld that Lynch drives his audiences into—for instance, if Twin Peaks were experienced entirely from the perspective of James. A girl gets caught up with the wrong people (perhaps), gets put under some sort of spell or thirst for divinity (perhaps) and is cast out from the proceedings without a trace (again, perhaps). The margins of the central enigma are steeped in uncertainty, every character untrustworthy—enhanced by an intensely unsettling mise en scène that feels simultaneously sacred and profane at every instant. Characters subtly morph—psychologically, physically—over the course of its running time, to the point where I was questioning my own perceptual stability; a remarkable effect that, in retrospect, is absolutely part of the film’s design. As I mentioned earlier, Burning could, in addition being exemplary cinema, easily coast on being a handsome piece of genre-singed social commentary—the outward villain, Ben, is referred to as a “Gatsby” at one point, expressing a widespread ire toward those effortlessly, unconscionably wealthy Korean men who somehow dominate the country. It’s a simple, direct idea to impart on an audience, but one that, through its oneiric delivery, becomes vast, bottomless, terrifying as hell.