Ten Episodes In, A Short Introduction to the Back to One Podcast 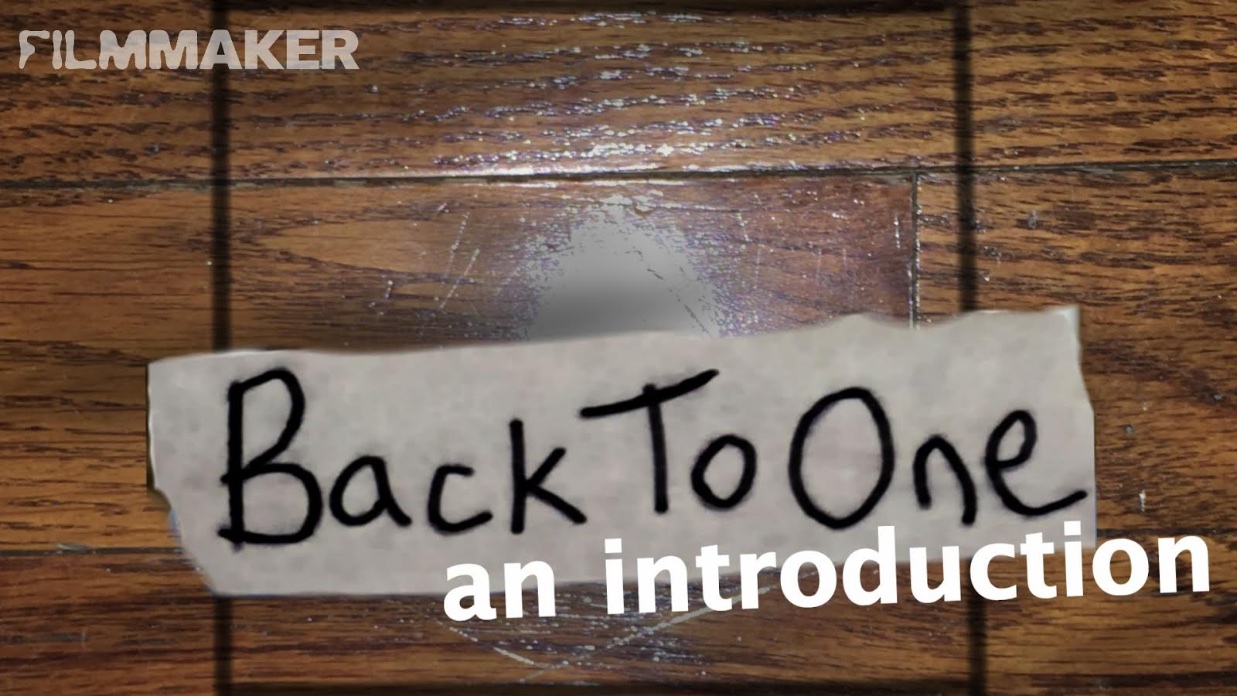 Acting, Back to One, podcasts

Back to One is not a normal interview podcast. There is no greeting, no elaborate guest introduction, no banter, no small talk, no inane humor, no plugs, no closing. Just one actor every episode discussing their own approach to the craft, and one big (perhaps foolish) attempt at something pure.

I love actors. As a filmmaker, I believe it is of the upmost importance to love them. But I am ashamed to admit that, at the same time, the filmmaker in me is kind of afraid of actors. Specifically, I am terrified that I am going to give an actor a piece of direction that I think is helpful but that is actually really counterproductive and maybe even damaging to them, and they will never recover from it. Considering how actors have built up a resistance to bad direction (because of how much of it they have had to endure), this fear is probably irrational. Regardless, I desperately want to be the director actors say is an “actor’s director.” Now if only I could memorize the exact right thing to say to every type of actor in every type of situation I can get my “actor’s director certificate.”

But seriously, I believe the best thing a new director can do to combat this fear is to take acting classes. The second best thing is to keep directing actors. The third best thing is to sit down for hours and hours listening to actors talk about their process.

When I envisioned “Back To One,” I imagined actors talking about their work. Period. Nothing but the work. I wanted to cut out all of the fat surrounding it. As a listener, I’m frustrated with the senseless banter that seems to permeate interview shows at the moment. An attempt to create a connection between host and guest through light, inane humor and small talk just lands awkwardly and requires too much forgiveness from me. It slows down the whole proceedings. Hosts tend to inject themselves too much in the conversation. I think their intentions are good; again, they are trying to create a connection. But it often fails or I give up listening long before it happens.

Within 40 seconds of hitting the PLAY button on an episode of “Back to One,” I want the listener to already be in the meat of a discussion about the actor’s unique process. Actors are on talk shows every day, but they often don’t get to talk about the nuts and bolts of their craft. Every actor approaches this work differently, and as long as I am talking to an actor whose work I admire, I am endlessly fascinated by their process.

So far I am moved and inspired by what has happened. These incredibly talented people have opened themselves up to me in ways I was not expecting. I’ve not only learned so much about acting, I’ve developed a profound and deep respect for this field of work. I know this will help me as a filmmaker and I hope these conversations help other filmmakers who might be slightly intimidated by actors and their work. And I have a strong feeling people who have devoted their life to pursue acting will find inspiration in them too.

In my attempt at a certain purity with these interviews, I am using a few unorthodox approaches that might need a little explaining.

Firstly, I have been starting off these conversations with the same question—a variation of “You land a role, you get the script, what’s the first thing you do?” This to me is the starting point for every actor’s work (of course auditioning is the first part of the job, and I intend to talk extensively with my guests about that, but some actors have reached a level where they no longer have to audition, so the audition process is not necessarily ground zero for every actor’s work). Starting out at the same entry place to this illusive and vast field of work I think has an obvious advantage. From that point, the conversation can go in any direction. It’s my job to steer the ship differently for every guest.

Secondly, I hope the listener will forgive me for not stopping the flow of a conversation to give something context or clarity. If I ask the guest about a certain movie or a certain director, I fail to see the point in interrupting the discussion to relay clarifying information. For instance, when I talked with Emily Mortimer about “Sorkin,” I assumed that If the listener doesn’t know who Aaron Sorkin is, current technology allows them to simply say his name out loud and learn about him almost instantly, so why waste time on the recording explaining who he is? I suppose one can make a valid criticism that, in my attempt to cut out the fat, I’ve sliced a bit too deep in this regard. But I must say that, as a listener, when a host goes on and on setting up someone or something that I’m already familiar with, I’m instantly tuning out and it might be a bit hard to get me back fully.

And finally, a quick word about introductions. Every guest is introduced in the same way: “[name] is an actor.” That’s it. No matter if the guest is accomplished in other fields, no matter what prestigious credits they have, if they have an Academy Award or are just starting out in the business, when they come on the show they are simply an actor. All of their accolades, credits, accomplishments, can be found in the written description or can be looked up online. On this show, we’re starting from the same place with everyone. This is an actor. Let’s hear what this actor has to say about the work.
“We’re going back to one, everybody!
Roll sound!”

Check back here tomorrow for the next episode, with actor Zoey Deutch.