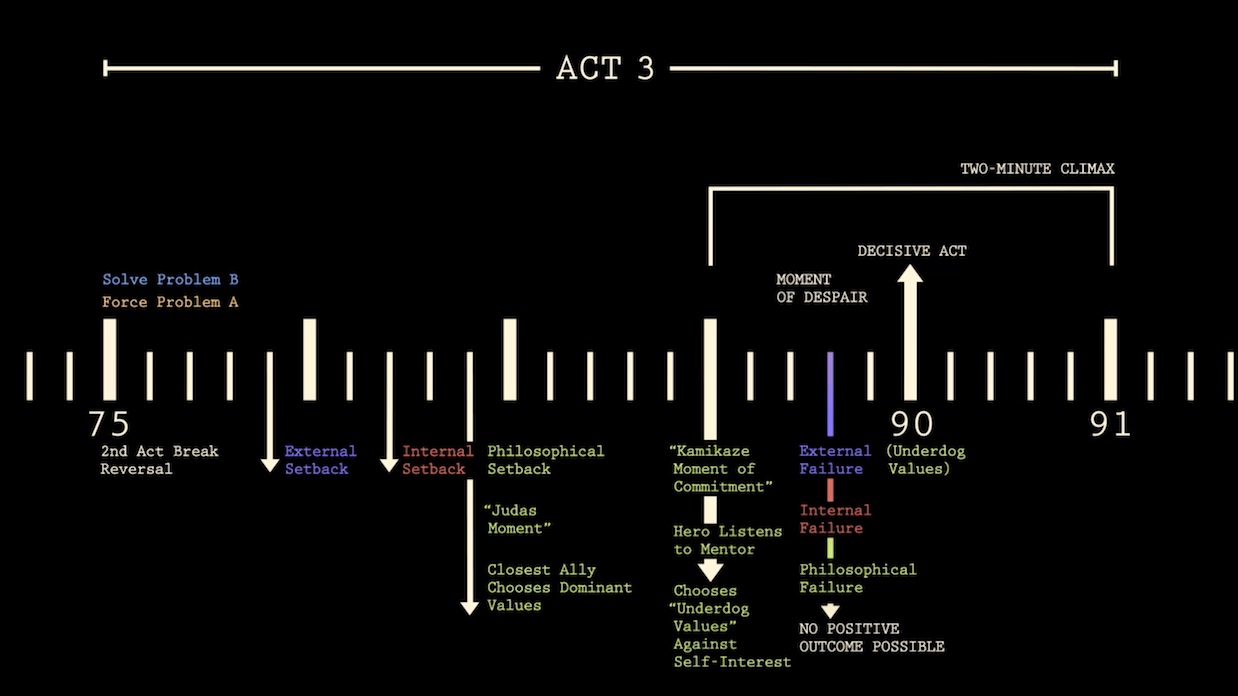 by Scott Macaulay
in Filmmaking, Screenwriting
on Jul 8, 2018

As with life, beginnings are easy but endings are hard. At least, that’s what one might take away from the two very different running times of videos screenwriter Michael Arndt (Toy Story, Little Miss Sunshine) has posted about these crucial elements of any movie. His “beginnings video” runs eight minutes while his video on endings has a whopping feature-length running time! Using three films as his examples — Star Wars, The Graduate and Little Miss Sunshine — Arndt talks about internal and external conflict, philosophical resolutions and much, much more. As the screengrab above illustrates, Arndt is heavy into structure, tight pacing and a balance between clearly articulated themes and character traits. If something isn’t working with your own screenplay, perhaps check out Arndt’s videos at the links above to figure out what may be wrong.