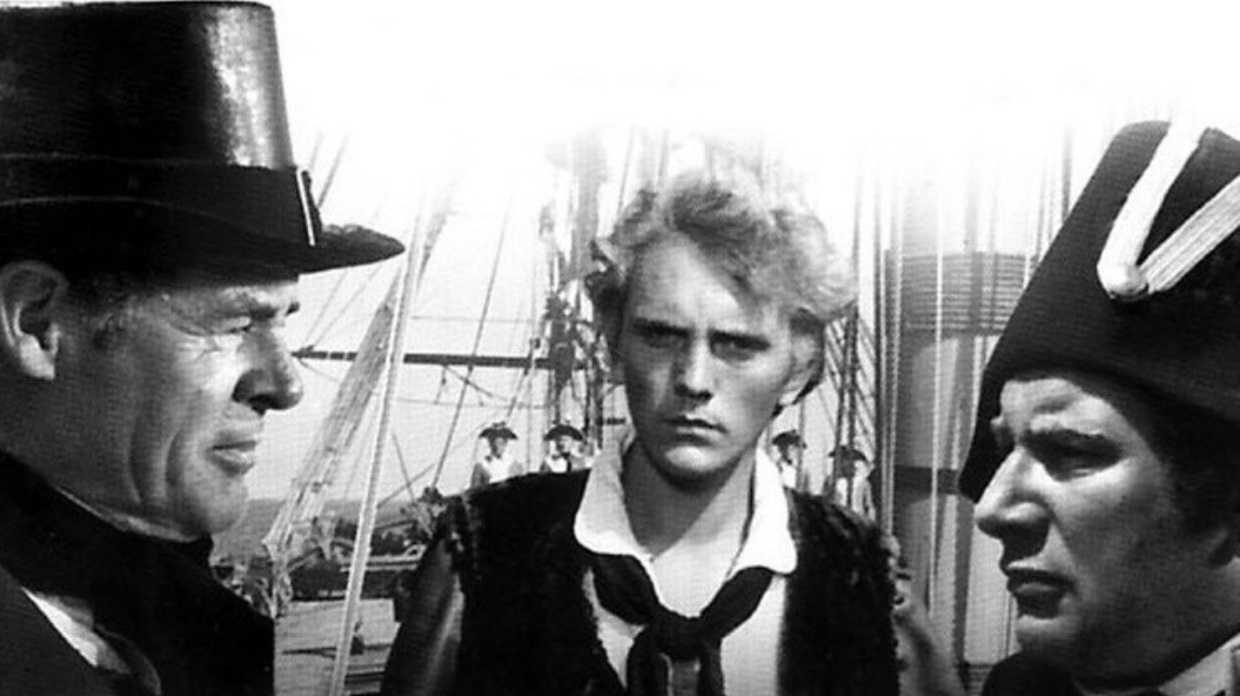 If you’re in Los Angeles, this weekend offers a rare opportunity to see classic 3-D films projected in 35mm as the American Cinematheque and LACMA kick off their “Double Vision” series. Highlights include a screening of Friday the 13th Part III, which is perhaps the most shamelessly fun 3-D movie of all time as it exploits the technology to toss everything from yo-yos to eyeballs into the audience’s lap (it’s also the movie that introduced Jason’s iconic hockey mask); a double feature of the 1983 cult favorites Metalstorm and Rottweiler; and a presentation of Lamont Johnson’s criminally underrated Spacehunter: Adventures in the Forbidden Zone with production designer Jackson Degovia in person. There’s also a free triple feature on Saturday night that starts with a sneak preview of Meg, followed by the deliriously entertaining guilty pleasure Jaws 3-D and a 2-D presentation of the even more entertaining Deep Blue Sea. The series will continue through August 12, with next week’s screenings expanding to include DCP presentations of 3-D landmarks like House of Wax, Hitchcock’s Dial M for Murder as well as this year’s Black Panther (which, like the “MEG-A-THON,” will be a free screening). You can find tickets and info at the Cinematheque’s website.

Two years after the Allies achieved victory in World War II, director Leo Hurwitz and producer Barney Rosset threw a cinematic Molotov cocktail into the lap of American complacency with their film Strange Victory, a skillfully constructed documentary asking one simple question: why, if America beat the fascists in the war, did our own country have so much in common with the Nazis? Combining archival footage, interviews, dramatic reenactments and voiceover narration, Hurwitz begins his film by trumpeting the triumphs and sacrifices made by the heroes of World War II, then yanks the rug out from under the audience by cataloguing the numerous forms of bigotry — racism, anti-Semitism, anti-Catholicism, and more — thriving in an America that retreated into paranoia as a reaction against pre-WWII progressivism. The points are made calmly but forcefully through juxtaposition of World War II battles and their aftermath with footage of the Nuremberg trials and homegrown prejudice, and the narration clearly and concisely lays out the major players in the rise of American fascism and the statistics confirming the movement’s existence. It’s depressing and frightening stuff, but Hurwitz and Rosset’s passionate commitment to democratic ideals and their expert sense of filmmaking craft (the 70-year old movie doesn’t feel remotely dated) ultimately leave the viewer inspired and energized. As one might expect, this inquiry into America’s contradictions and hypocrisies didn’t go over well in 1947 and didn’t do Hurwitz’s careers any favors; he found himself targeted by the blacklist and wound up directing TV without credit for most of the 1950s and ’60s. He was a terrific director who deserves to be better known, and Milestone’s superb new Blu-ray release of Strange Victory is a terrific place to discover his work. In addition to a beautiful restoration of Strange Victory taken from a 35mm nitrate print, the disc includes interviews with Hurwitz and Rosset and six additional short films directed by Hurwitz, as well as a 1964 epilogue to Strange Victory in which Hurwitz celebrates the civil rights movement. It’s essential viewing with more than a little relevance to our current social and political climate; the narrator’s point that “hopelessness is next door to hysteria” is just one of many prescient statements that Strange Victory makes in its swift 64-minute running time.

One of the most impressive film debuts of the 1960s is now available on Blu-ray in the form of Warner Archive’s gorgeous new pressing of Billy Budd, the movie that introduced Terence Stamp to the world in 1962. Stamp is mesmerizing in the title role as a pure-hearted seaman who sees the good in everyone, even his evil and misanthropic superior John Claggart. It’s the kind of part that a lesser actor could make trite or excessively sentimental, yet in Stamp’s hands the character is moving, relatable, and distressingly doomed from his first appearance on screen. His dignity and guilelessness are all the more affecting in contrast to Robert Ryan, who gives one of his most vicious and disturbing performances as Claggart — which is really saying something given the gallery of sociopaths and crooks he played over the course of his career. Peter Ustinov directs their scenes together with the precision and musicality of a great conductor, then keeps the great supporting cast (which includes Melvyn Douglas, David McCallum, and other top-notch thespians) in perfect balance in his deep-focus CinemaScope frames and expertly structured screenplay (adapted from Herman Melville’s novel in collaboration with DeWitt Bodeen and an uncredited Robert Rossen). Robert Krasker’s black-and-white cinematography is right up there with his more famous work on The Third Man, crisp and haunting and beautiful, and it’s impeccably presented on the new Warner transfer. The disc contains only one extra feature, but it’s a great one: a commentary track in which Steven Soderbergh, who directed Stamp in his greatest late-period performance (The Limey), interviews the actor about his experiences on the film and his philosophies regarding acting and filmmaking in general. As in his commentaries with Mike Nichols and John Boorman, Soderbergh proves to be an expert interviewer, asking all the right questions and jamming the disc’s two-hours with insights and terrifically entertaining stories. It’s one of several highly recommended new releases from Warner Archive, a label that consistently puts out flawless transfers of unexpected treasures from the Warner Brothers vaults; other excellent recent titles include John Huston’s idiosyncratic Western comedy The Life and Times of Judge Roy Bean, the relentlessly creepy 1960 version of Village of the Damned, and a deluxe edition of Supergirl (1984) that includes both the extended international cut and a slightly longer director’s cut.