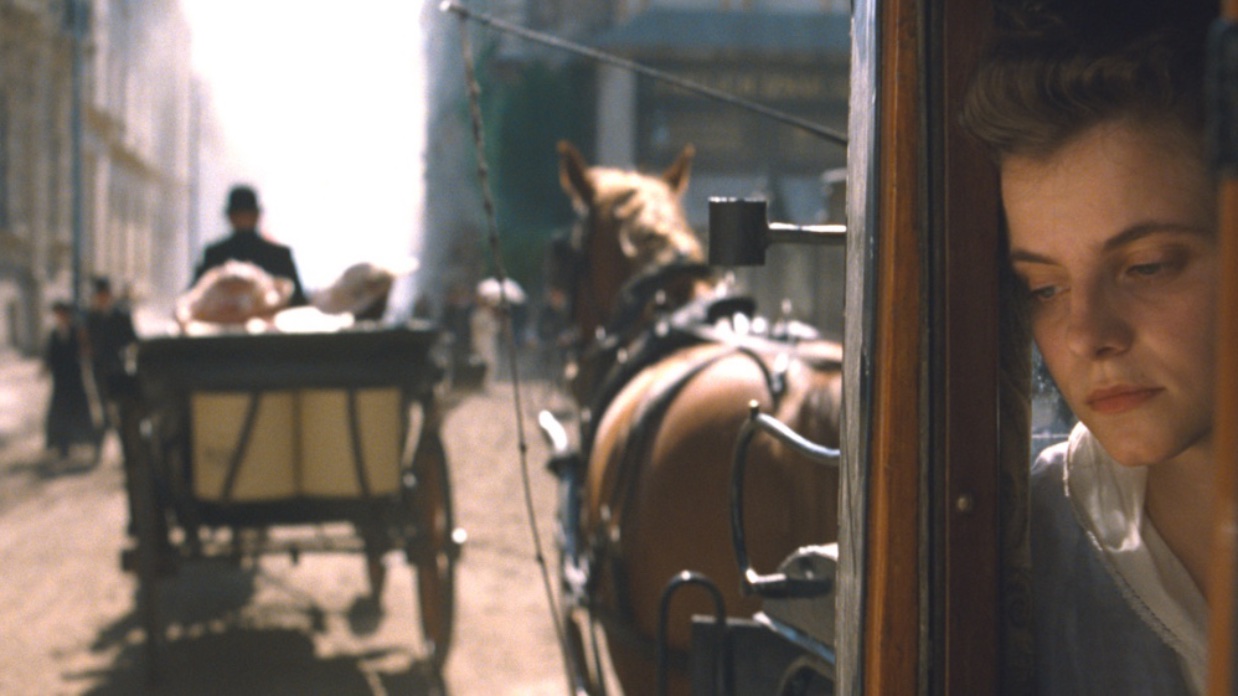 by Giovanni Marchini Camia
in Festivals & Events
on Sep 6, 2018

Walking out of László Nemes’ Sunset, I was gripped by the same stupefaction I had felt upon first seeing such films as The Dreamed Path or Post Tenebras Lux: though unable to make full sense of the experience or form a definite judgement, I was pretty sure I had just witnessed something genuinely great. This impression has only grown stronger since.

In Sunset, Nemes employs a formal strategy very similar to the one from Son of Saul, stringing together a series of propulsive and staggeringly complex handheld shots that stick close to the protagonist at all times, while the intricate sound design amplifies the chaos all around her. Having seen Son of Saul actually threw me off at first. Recognising the same aesthetic, I automatically expected the film to also function within the same mode of realism, an assumption reinforced by the film’s painstaking — and unbelievably gorgeous — period recreation of Budapest in 1913. As such, it seemed that too many coincidences and lapses of logic were required to maintain the relentless momentum. At one point, the heroine Irisz simply walks into a duchesses’ palace uninvited, witnesses a murder literally the second she steps through the door and in the next moment a torch-wielding mob storms the property, perfectly framed through the window Irisz happens to be standing next to. It’s an amazing spectacle, just not a very likely one, especially when virtually every scene involves such elaborate construction and choreography.

Actually, the film doesn’t at all intend to be realistic. I imagine there are more pertinent Central European references, but the best parallel I can find to Sunset’s thematic and narrative structure is that of a Thomas Pynchon novel. It also starts with a mystery: Irisz returns to Budapest, having moved abroad as a child following her parents’ death, and upon applying for a job at the store her parents once owned, she discovers that she has a brother and that he’s in hiding. On her quest to find him she will uncover further secrets about her family’s past, sneak into high-society parties, track down an underground anarchist group, get embroiled in political assassinations, and infiltrate a shady prostitution ring catering to members of the Habsburg family. Every person Irisz meets is a potential ally or foe, or both; there are characters who may or may not be figments of her imagination; all offer her clues but the further along she gets, the hazier and more unattainable her objective becomes.

Nemes thus paints a portrait of Budapest — and by extension Europe — as a powder keg of clashing economic, social and political forces, ready to explode into World War I and bring down the Austro-Hungarian Empire. As with Pynchon, history is represented as an entropic, conspirational whirlwind that sweeps ups the individual, for whom the exercise of free will is a pursuit at once vital and futile. To rush along at this breakneck rhythm for almost two-and-a-half hours is intoxicating and exhausting, and Nemes culminates Irisz’ adventure in a stunning WTF ending à la Humanité or Jauja, leaving it to the viewer to try and piece it all together.

Sunset was one of two films in the Venice competition to screen from a print. The other was Brady Corbet’s Vox Lux, a film as vacuous as Corbet’s debut The Childhood of a Leader, but of such profligate ambition and audacity, it can’t be as easily dismissed. Also welcome is the impression that Corbet isn’t taking himself quite as seriously this time around. Should there be any doubts over whether the chapter titles — “Genesis” and “Regenesis” — express a degree of irony, they will be dispelled by Willem Dafoe’s gloriously bombastic voiceover and Natalie Portman’s scenery-chewing performance.

To have a soundtrack that mingles Scott Walker and Sia is a move of irresistible lunacy, and it takes undeniable talent to pull it off. Walker had already written a similarly thundering score for The Childhood of a Leader, whose bogus story purported to illustrate the birth of totalitarianism in the 20th century. Vox Lux and its pop anthems represent a follow-up of sorts, aiming to highlight the media’s role in abetting extremist violence and the rise of contemporary fascism. (Lest anyone should miss the connection to Trump, the voiceover helpfully points it out.) Here the burgeoning tyrant is Portman’s Celeste, a caricatural pop diva with a wonky accent whose career was kick-started when a classmate shot up her school. If you can let pass that Corbet exploits not only school shootings but also civilian massacres and even 9/11, then this trashy exposé dressed up as a high-art epic is a veritable blast.

Out of competition, a very different type of film also sought to investigate the rise of Trump: Frederick Wiseman’s Monrovia, Indiana. An uncharacteristic disappointment, Wiseman’s documentary fails to provide an illuminating portrait of Monrovia, a town with a population of 1,083 located in Morgan County, which had a 75% turnout in Trump’s favour in the 2016 election. We watch corn and pig farmers at work; sit in on meetings of the city planning commission; attend a school concert, a Masonic ceremony, a wedding and a funeral; visit a gun store, a liquor store and a grocery store. The mode is familiar from Wiseman’s previous work, but here it feels surprisingly unfocused. Yes, the population is shown to be conservative and Christian, to love guns and junk food, to be almost uniformly white, but lacking a novel perspective, a process to observe or a substantial thematic thread to follow, we’re mostly left to project our own prejudices. This might represent a failed strategy on Wiseman’s part, but it’s difficult to find much constructive value in the outcome.