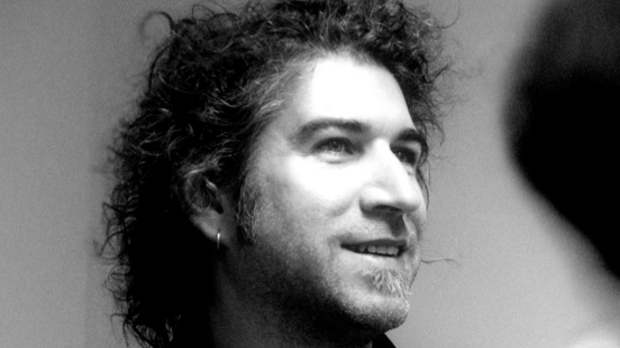 by MIT Open Documentary Lab
in Filmmaking, Transmedia
on Mar 21, 2013

In the third part of Filmmaker‘s interview project with prominent figures from the world of transmedia, conducted through the MIT Open Documentary Lab,  the executive producer of interactive production at the National Film Board of Canada, Hugues Sweeney, answers our questions.

For an introduction to this entire series, check out “Should Filmmakers Learn to Code,” by MIT Open Documentary Lab’s Sarah Wolozin.

MIT Open Documentary Lab: How do you see people making the transition to digital interactive storytelling?

Sweeney: If you look at the music industry at the end of the 90s and the begin of 2000s, the smaller the labels/bands/publishers were, the faster they embraced the internet. The more they were knowledgeable about their audience and niche, the better they could develop and expand. It’s the same thing now: the bigger the organization, the larger the panic. A few large institutions were able to take the turn: Arte in France, the National Film Board of Canada. But most of them are still scratching their heads. The discussion has evolved though. It’s a lot more open than it was three years ago. If you want to see where interactive storytelling is at, don’t look in traditional places – look at your art galleries, explore digital art festivals, follow the taste of inspiring interactive designers. One industry never had to make a transition because they’re interactive-native: the game world.

MIT Open Documentary Lab: What are the most useful skills for an interactive storyteller? What are the tools of the trade?

Sweeney: Interactivity is the narration. You have to figure out how the experience of the user is the story – how all the small actions you want her/him to make write a larger tale. For instance, navigation is to web what editing is to cinema. One of the difficult things though is to find a perfect equilibrium between form and content – how do you make sure that the user experience is not drowned by design or technology … how do you make the surface of an interactive device a canvas? If we go back to the definition of documentary, it says: artistic interpretation of reality. This definition is very inspiring and opens so many doors. How do you artfully interpret reality using digital media? It’s graphics, photo, video, text, real-time connection, software, databases; also a capacity to connect devices such as a mouse, webcam, movement sensor, GPS; also a capacity for the public to make choices, engage, alterate content – and the possibility to connect with each other.

MIT Open Documentary Lab: How would you recommend that storytellers put together a team for an interactive project?

Sweeney: I have the privilege to travel to a lot of festivals and conferences and forums. I realize that in the documentary world we talk a lot about content and critical social issues … but not very much about technology and innovation. In the web world on the other hand, we discuss a lot about form and tools and new ways of producing and reaching out … but very rarely about editorial and how to develop a point of view. The time is for collaboration – get contaminated. What we call a “webdoc” today is not about putting a doc online but using the web for all its storytelling capacities – its grammar. When inventing direct cinema in the 60s, Michel Brault talked about the camera and the microphone as “captors of reality.” In that sense, we should think about the mouse and the webcam and sensors and a GPS in the same way.

Sweeney: This community doesn’t exist. Who are the best interactive agencies in your country? Attend digital art festivals and visual art galleries and look out for initiatives in contemporary museums. Be curious about hackathons and urban art and interactive installations. Look for the creators out here that explore digital initiatives in public space. Make sure you are linked with the right universities and interactive departments. Look on the periphery of experimental music festivals. Make links, build relationships and carve collaborations with web designers, developers, sound artists, creative technologists, game designers, photographers…

MIT Open Documentary Lab: How does the role of a director change? What are the creative challenges?

Sweeney: In classic documentary, the director is the conductor and the first violin at the same time. In digital production, 99% of the times the director is the conductor and in front of him there are 30 directors. I often say that the creator is a team. Most of the projects I produce are the craft of a collective effort – all at the same level. Makes my job harder though. And that’s the challenge: to put together people that ignored each other’s existence and empower them with a project and have them cross-pollinate.

Sweeney: Two things. First: you start building a relationship with your audience at a very, very early stage, at the concept phase. Look at Kickstarter. Yes, this is a fundraising platform but it’s more and more about building an audience. Second: people will be more and more involved in creation. Participation and collaboration go beyond commenting or submitting your own video. It’s about being part of the representation of a subject; as a member of the audience it’s about contributing your point of view to a larger perspective. For instance, if documentary is a representation of the world, how does “the representation” change when the audience is actively involved in a piece?

Sweeney: I had to do some programming – and learn its rudiments – when I did my masters degree in interactive media. We had to learn and practice every aspect of an interactive production to get a 360 understanding of what it means to create this stuff. I haven’t coded in 10 years. But I can have a creative discussion with a developer or programmer or technologist. Sometimes the director is the technologist. Technology is tools to create and tell a story. Film and web are different just like painting and photography are – not higher or poorer but different.

Sweeney: Well, my situation is a very privileged one since we [at NFB] are a public institution – we are funded by the Canadian government. But we work hard with partners to diversify funding sources. Through coproduction-like partnerships with ARTE and France Télévisions in France for instance. Through joint ventures with the Quartier des Spectacles who produce, curate and program most of digital public installations in downtown Montréal. Also, independent producers like Toxa go to the Experimental Program of the Canadian Media Fund (CMF) and get a webdoc funded where we play a coproducers’ role but also a “publisher” role since we have the capacity to reach audiences with our nfb.ca platforms.

Sweeney: At this time nobody knows what that means anymore. The whole festival/theatres/television/DVD sequence is not working anymore. The time is now at multiple windows at the same time – you have to go where your audience is. Television still leads the system but it’s the most difficult partner to play with. We made a partnership with a daily newspaper in Québec called Le Devoir. We work together on six interactive essays a year: we choose the subject and the angle together, we produce the piece, they release it on their web site and create a journalistic special feature on Saturday’s issue. The project also lives on our platforms. But our audience – the demographics and sensibility we’re looking for – is already at Le Devoir. For a couple of years now the effort has to be put into creating the value of what we call an interactive documentary – build a real audience, a following, affirm its relevance to an important part of the public. Let’s build value, the economics will have to emerge at some point.

Sweeney: The interest for me is to rehabilitate interaction in public space. Media is lighter, travelling faster and appearing more and more out of the traditional screens (cinema, television, computer). How do we tell a story in the middle of the street using a building and sidewalk and the circulation of people? How do we tell stories from the point of view and where a person is, in what setting, in what kind of setup – in public transit, in a waiting room, in an airport. The context plays a large role in the meaning of a piece. Also, we should develop ways of exhibiting projects beyond desktops and headphones. Physical instance of an interactive project should be an experience in itself. It should use physical capacities to tell a story – lighting of a space, proximity between members of the public, etc. IDFA’s DocLab is an excellent example of reflection and experimenting the translation of virtual projects in real spaces. The most simple and most interesting is live performances: you would never believe that having someone surf on a website for you in a theatre environment would be moving and touching and interesting.

Looking Out of the Box – Where to Find Digital Storytelling Inspiration