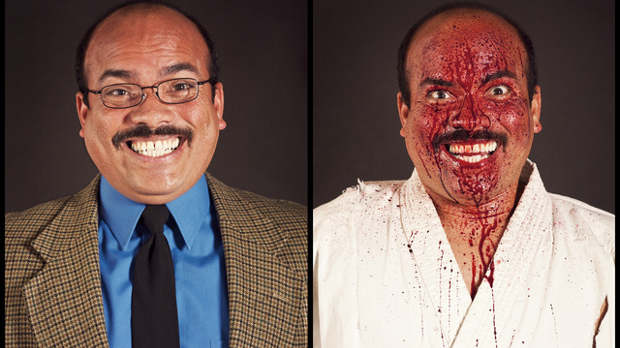 by Nick Dawson
in Filmmaking, Post-Production
on Jun 10, 2013

Today the 2013 IFP Narrative Labs got under way, and the participants in this year’s program have just been announced. All are the films selected are debut features first-time directors and have budgets under $1 million, and the teams behind each project are provided with an immersive mentorship experience that helps them navigate from post-production through to the festival circuit and distribution.

Among the films selected for the 2013 Labs include two by former alumni of Filmmaker‘s “25 New Faces”: Gary Huggins, director of Kick Me, appeared on the list in 2006, and Paul Harrill (Something, Anything) featured in in 2001. Other notable participants include Aron Gaudet and Gita Pullapilly (Beneath the Harvest Sky), who previously made the acclaimed 2009 documentary The Way We Get By.

Commenting on the Labs, IFP’s Executive Director Joana Vicente said, “We are a unique program that focuses not just on project completion, but on the creative sustainability of the teams involved. In addition to the supported films’ festival, distribution and audience engagement successes, IFP is particularly proud that our Lab alumni go on to make second features and have fruitful, multi-faceted careers in film, television and advertising.”

A complete list of the projects is given below:

AWOL
Weeks before her deployment to Afghanistan, Joey, 19, returns home to rural, post-industrial Pennsylvania on a short assignment: hometown recruitment in the local mall. Infatuated with her older lover, Rayna, 27, a sassy, sexy, married mother of two, Joey navigates her way through a palpable hierarchy of class as she plots to flee the Army in the name of love. Fellows: Deb Shoval (Director), Jessica Caldwell (Producer). New York, NY

Below Dreams
Including the New Orleans music scene as its backdrop and verite style visuals, this neorealist hybrid speaks to the vulnerability of three individuals who are pitted against their blood lines and whose self-worth and personal faith are tested at seemingly uneven lengths. Fellows: Garrett Bradley (Writer, Director, Executive Producer, Editor), Carlos Marques-Marcet (Editor). New Orleans, LA

Beneath the Harvest Sky
Beneath the Harvest Sky tells the story of Dominic, a headstrong teen working his final potato harvest to earn enough money to escape the pitfalls and boredom of his dying northern Maine town, while he fights to save his best friend Casper, who is drawn into smuggling illegal prescription drugs across the Canadian border with his outlaw father. Fellows: Aron Gaudet (Director, Writer, Producer, Editor); Gita Pullapilly (Director, Writer, Producer). Bar Harbor, ME

Dig Two Graves
Dig Two Graves is a decade spanning gothic thriller that dramatizes the cycle of violence that perpetuates itself over generations in a small backwoods town. The story centers on a 14-year-old girl who is forced to wrestle with a morally uncertain proposition to save her broken family. Fellows: Hunter Adams (Director, Writer, Producer), PJ Fishwick (Producer), Claire Connelly (Producer), Scott Hanson (Editor). Los Angeles, CA

Dukhtar
Dukhtar (Daughter) is a thriller set in Pakistan. The story follows a mother on the run with her ten-year-old daughter on the eve of the child’s forced marriage to a tribal leader. They are relentlessly hunted for bringing dishonour to their families. As the chase intensifies, the mother meets a truck driver whose destiny entwines with hers kindling a forbidden attraction. The trio embarks on an epic journey through the stunning landscape of Pakistan where the quest for freedom comes with a price. Fellows: Afia Nathaniel (Director, Writer, Producer), Armughan Hassan (DP, Editor). Brooklyn, NY

Gabriel
Gabriel is convinced that finding his childhood girlfriend will solve all of his problems. But as he obsessively searches for her, reality shatters his idealized perception of the world and a psychological dam bursts open. He escapes from his family to head out on a final frantic quest for love that threatens the lives of everyone around him. Fellows: Lou Howe (Director, Writer), Jane Rizzo (Editor). West Hollywood, CA

Something, Anything
When her new marriage starts to disintegrate, a would-be suburban mom sets out on her own. But after receiving a postcard from a monk, her life turns upside down spiritually and romantically. Austere and tender, Something, Anything is a film about the pressures we feel to consume and conform, and the search for something bigger than ourselves. Fellows: Paul Harrill (Director, Writer), Ashley Maynor (Producer), Kunitaro Ohi (DP). Knoxville, TN

Stay Then Go
Based on the writer/director’s personal experiences as a mother of a child with autism, Stay Then Go is an authentic and nuanced portrayal of a woman whose life takes a series of surprising turns as she adapts to her son’s disability. Fellows: Shelli Ainsworth (Director, Writer), Geoffrey Sass (Producer), Christine Walker (Producer), Alan Canant (Editor). Minneapolis, MN