The Trees are Calling: The Films and Pitches of Camden International Film Festival 2018 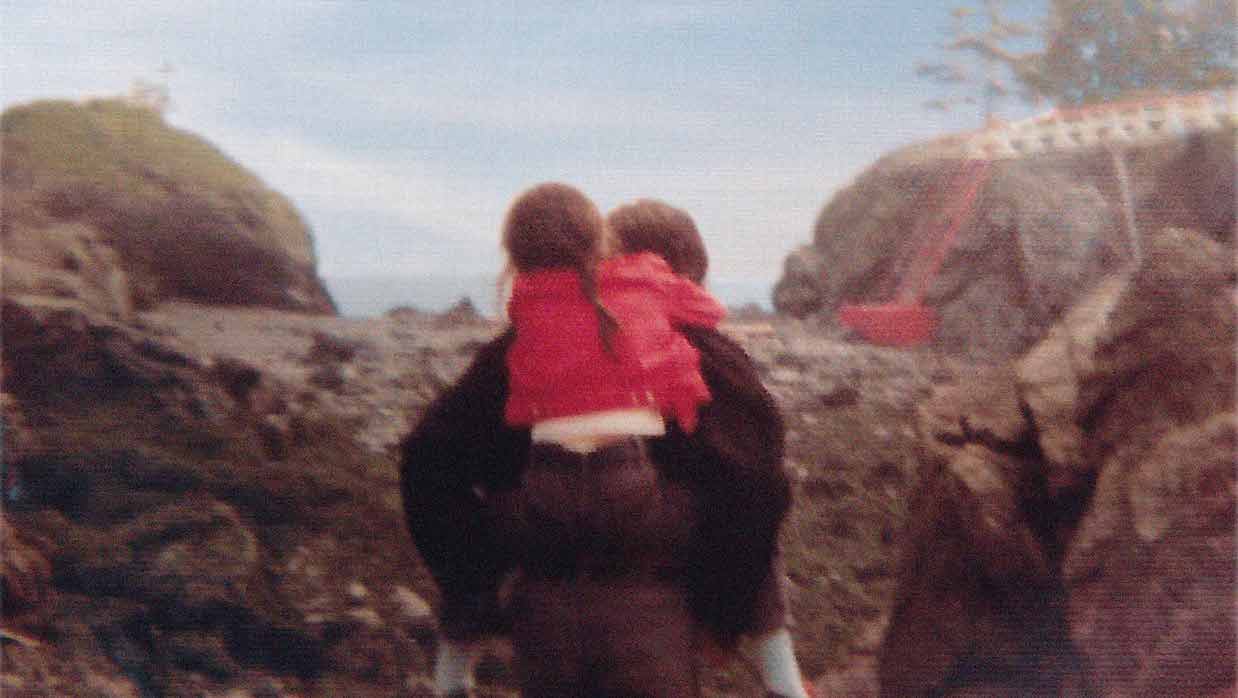 Most film festivals can claim a thing or two: A dramatic location, a slate of coveted premieres, fancy fetes, unique guests, a platoon of industry heavies making the rounds, and, for better or worse, the media spotlight. I’ve never attended any film festival where I had the chance to wrap my arms around a tree–in a public park, no less, and in full view of pedestrians–and plant my ear firmly to its bark, as one of its official selections.

And yet, there I was, in Camden, Maine, on a sunny Sunday afternoon, tree-hugging away.

The four selected trees on the Camden Village Green played back folk songs and prayers of the Wabanaki, the “People of the First Light”–featured in the documentary Dawnland–singing in their Passamaquoddy tongue. as well as an ambient sonic documentary on the town of Bath, Maine from the Harvard Sensory Ethnography Lab, and recordings by the acoustic ecologist Gordon Hempton. Gershon Dublon and Edwina Portocarrero’s project Listentree uses buried speakers connected to the tree’s roots to generate the sounds, conducted through the tree to vibrate into the ears plastered to the bark. The effect was uncanny and startling, a uniquely haptic twist on “virtual reality.”

The installation was indicative of the wide reach of creative programming at CIFF, which marked its 14th year with an ever-expanding constellation of VR showcases, master classes, pre-fest workshops and residencies, karaoke-and-kimchi-hot dog-laden warehouse parties, stunning views of the northern Maine coastline (this is the one festival where waiting for the shuttle is not such a drag) and the intensely convivial, thoughtful and witty confederacy of non-fiction filmmakers, fans and facilitators that make this last-gasp-of-summer gathering a soulful expression of community.

And, of course, movies. Shuttling between venues in the adjacent towns of Camden, Rockport and Rockland always makes for a more necessarily strategic approach to personal festival scheduling—an effort that falters as often as not, but if you miss something there’s always the other thing. As CIFF founder Ben Fowlie likes to say, there are no bad movies at the festival, and that’s 99 percent true.

Among world premieres, or near-premieres, were some unique knockouts. Andrea Bussmann’s Fausto, which bowed in Locarno, remaps the Faust legend on the Oaxacan coast, paced at a lulling rhythm as the camera prowls an ink-black night, encountering an assortment of properly penumbral local characters immersed in superstition and drifting into folkloric anecdotes and reveries—riffing on, say, the nature of cats and telepathy. The narration often feels like a sly counterpoint, or an unreliable tether to the surreal images flashing across the screen, like a dream slowly fading into dawn.

Masculinity and its challenges gird Young Men and Fire, the world premiere of the new film from Low and Clear filmmakers Kahlil Hudson and Alexander Jablonski, which follows a crew of Oregon wildland firefighters over the course of two years, from a grueling training session and audition to their first big fire and its aftermath. The title alludes to Norman Maclean’s nonfiction book about the fatal 1949 Mann Gulch Fire in Montana’s Gates of the Mountain Wilderness. But the film’s key literary reference is Ray Bradbury’s “All Summer in a Day,” portions of which are recited near the beginning and end of the film, suppling a suitably nostalgic shimmer for scenes that toggle between gruff banter and boot-camp exertions and a more lyrical impressionism, inked in smoke and sweat. Immersive as it is–the filmmakers went through the same training as the fledgling firefighters, wielding shovels and axes alongside them–Young Men and Fire tells less about its subjects than it leaves for the audience to intuit; it’s finally a tone poem about the rigors and vulnerabilities of wayward lives forged into maturity in a literal trial by fire.

Across the gender divide, Yours in Sisterhood is all tell: a sequence of readings of letters written to the editors of Ms. magazine during the 1970s which filmmaker Irene Lusztig selected from the publication’s epistolatory archive. The documents are read by a surrogate from the city where they originated, each reader’s own status and identity somehow representative of (in almost all cases) the unseen and unknown author, even when their experiences diverge. Sounds kind of academic, especially given the static nature of each scene: the subject standing in their yard or another relevant location, camera locked down, ambient sound. Of course, it’s completely absorbing. The sequences gradually open up to include more conversation with the readers, and while marking the advances (and lack of same) made through and for feminism, also become resonant portraits of women from all walks of life, laden with genuine emotional impact and even a couple of surprise reveals.

As always, the Saturday morning Points North Pitch session was a crowd-pleasing highlight. Six projects at various stages of development are chosen, and the filmmakers welcomed for extensive pre-pitch workshops and mentoring, leading up to a heady appearance onstage at the Camden Opera House, its seats once again filled to the balcony rafters. There’s a pitch, and a clip, and then several minutes of questions and comments from representatives of eight leading non-fiction funders, producers and platforms including Cinereach, SFFILM and POV. Think of it as the doc world’s answer to UFC’s “Enter the Octagon”: A handful of filmmakers go in, but only one leaves. Sort of. Regardless of which party takes home the prize–a post-production package from Boston’s Modulus Studios – everyone’s a winner. Useful connections are forged, and via a new partnership with the Chicago Media Project, all six teams can take part in a second pitch scheduled during the CMP’s Doc10 festival in April. In a new twist, a live crowdfunding campaign generated $6,349 to be split between the projects.

“It’s been a totally surreal experience,” said Sierra Ulrich, a Brooklyn-based filmmaker whose Joonam won the hearts of the Points North panel. Based on the brief trailer Ulrich showed, the scrapbook-style memoir of three generations of women in her family–her grandmother in Iran, her mother who landed in the United States shortly before the Shah was deposed, and Ulrich herself–promises both charm and heartbreak, balancing historical sweep with poignant first-person revelations, tied together by a lyrical use of family archival materials. “This project is so personal,” she said. “Before going to Points North, I had been working on it on and off in the confines of my bedroom after work.” Ulrich hadn’t shown any of it beyond a tight circle of friends: “To be there and suddenly have these three amazing mentors responding and giving creative feedback, taking it seriously, was huge for me. It’s taken my project to the next level in a way I didn’t even expect. Winning the pitch was the icing on top.”

Filmmaker Robie Flores echoed that sentiment. She had the intimidating pleasure of being the first Points North fellow to make a pitch, for her project The In Between, an evocation of her border hometowns—Eagle Pass, Texas, and Piedras Negras, Mexico—and “what life straddling two countries at the same time look like.” Flores stumbled through an opening bout of stage fright but quickly recovered. “Everyone at CIFF wasn’t bullshitting when they said that there is always so much love in that room,” she said. “The most valuable thing I could’ve gotten from the pitch was to know that my work resonates and makes sense to people beyond my friends and family. As a Chicana from a small town on the border, getting the opportunity to share my home at the Points North Pitch was magic.” Also pitched were films that touched on topics from a controversial science to save the planet from global warming (Plan C for Civilization) to indigenous activists who find personal transformation at the Standing Rock protests (The Sacred and the Snake).

“We were really assessing the actual presentation of the pitch as much as the project itself. In the case of Joonam, it’s an incredibly personal story and the director managed to really transport us into her family dynamic during her pitch,” said Maxyne Franklin, director of Doc Society, the London- and- New York-based nonprofit, and one of the panelists. “What is a relatively dry pitch on the page really came into its own in her presentation—the universalities of the story and the challenges of family separation—all the while holding her composure. She did a great job and am sure will make a beautiful and resonant film.”

What goes around comes around at CIFF. Pitch alumna Assia Boundaoui returned with her own intimate family saga, one of troubling and far-reaching significance to contemporary American life. The Feeling of Being Watched is a title almost anyone can relate to these days, but it also describes a chronic state-of-mind in Bridgeview, a middle-class Chicago suburb that is predominantly Arab-American. Its residents can sympathize with what novelist Joseph Heller observed in Catch-22: “Just because you’re paranoid doesn’t mean they aren’t after you.”

Boundaoui grew up there, and returned with a camera to get to the bottom of something that has haunted her family and neighbors for as long as she can remember. In the 1990s, well before 9/11 and the wave of anti-Muslim hysteria it generated, the FBI began extensive surveillance operations under the codename Operation Vulgar Betrayal. Over decades, the on-again, off-again program, whose chief architect was kicked out of the FBI, invaded the lives of hundreds of citizens without gaining a single conviction for fostering terrorist activity. Boundaoui, who describes her painstaking efforts to come off as a “normal” (read: unthreatening to non-Arabs) Muslim, puts herself in front of the camera, personalizing the story as she turns expose into memoir. Once her freedom of information lawsuit gains momentum, things get really weird. The defrocked agent shows up at her mother’s door; law enforcement lockdown of the neighborhood, in pursuit of a purported thief, looks more like a dry run for something more ominous. Through it all, Boundaoui and her family treat with humor and solidarity a situation that ignites simmering outrage. Festival-goers identified strongly, as the film took the Audience Award.

Impact documentaries make up a sizable share of the non-fiction field. So many are on-the-nose that when a filmmaker rethinks how she confronts a social problem, as Gabrielle Brady does in The Island of Hungry Ghosts, it’s a legitimate thrill. Besides the evocative title, the Australian director gives her film a rich and hypnotic atmospheric pull that potently captures the uncanny vibe of its forbidding yet Edenic location: Christmas Island, a remote chunk of land in the Indian Ocean where Australia detains some 800 asylum seekers for indefinite periods. While the story circles around the struggles of a therapist to help a handful of detainees process their trauma, fighting bureaucracy while using a small sandbox and toy-sized figurines to guide her patients, the camera also ambulates through dense jungle and along rocky shores, and mingles with a few of the 2,000 permanent residents who share their home with 40 million land crabs and the so-called “hungry ghosts”—unsettled spirits that roam the forest, according to island lore. The title is not false advertising. Her unexpectedly elegant, off-handedly anthropological approach is profoundly haunting.

Brady’s embrace of the natural world made perfect sense in Camden. Right outside the venue, the trees were calling.