“Faces Were Long, Coffee Cups Were Empty and We Were Tired of the Rain”: Director Lee Cronin | The Hole in the Ground 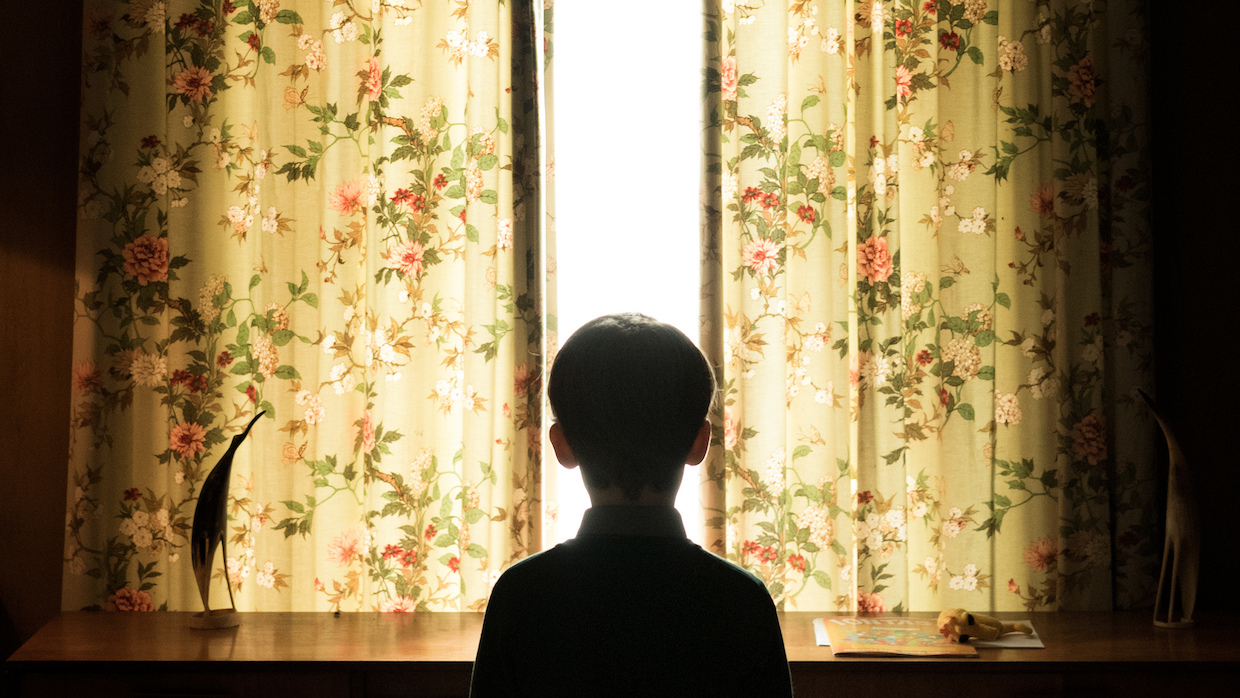 At times, its development and creation haunted my dreams and swallowed chunks of my soul, but ultimately this topographical beast has left me smiling. And, I guess you could say, proud too, despite its foundations being built on a stroke of luck.

Creating an enormous void in the earth like this is something that obviously needed the support of CGI artists, but it was also something that I insisted should have as many real elements to it as we could muster. Finding the location to satisfy my ambitions was proving close to impossible. We needed a dark tree line of certain density that led into an open clearing, and this clearing needed be roughly circular in shape. Oh, and the trees needed to be of a certain type, scale, color. Simple…

Despite our dedicated hunting, there was no one-size-fits-all location for it. We just couldn’t find the damn thing. So, we ended up with a plan that needed us to make location moves for pretty much every single sinkhole-based shot. It was madness. I could sense my vision for the hole slowly slipping away to satisfy a schedule and it was starting to feel like we had more chance of finding an actual 120-foot-wide crater in the earth rather than a location where we could fake one.

Recce time was running out. It was a really grey day, and we were on the hunt one last time, a hunt that was once again coming up short. Faces were long, coffee cups were empty and we were tired of the rain. As we drove out of an isolated piece of forest with our heads scratched to the point of our fingers almost being inside our brains, we got that stroke of luck that every filmmaker needs in times of losing battle. The sun came out…

In doing so, it lit up a pocket of forest that we were passing. It was like someone turned the lights on. We all knew it was a clearing, but we didn’t expect it to be quite so perfect. And by perfect I mean: a perfect circle, surrounded by perfect trees, with close to perfect scale. It was an unmarked megalithic tomb site with standing stones in its center. It had this feeling of reverence, of history, and thankfully we would only needed to digitally dig up a few thousand years of history.

What is such a dark and ominous object in both visual and metaphorical terms in the film was actually brought to life with a little dash of sunlight through the trees at just the right time. Vision met luck, and so became The Hole in the Ground.