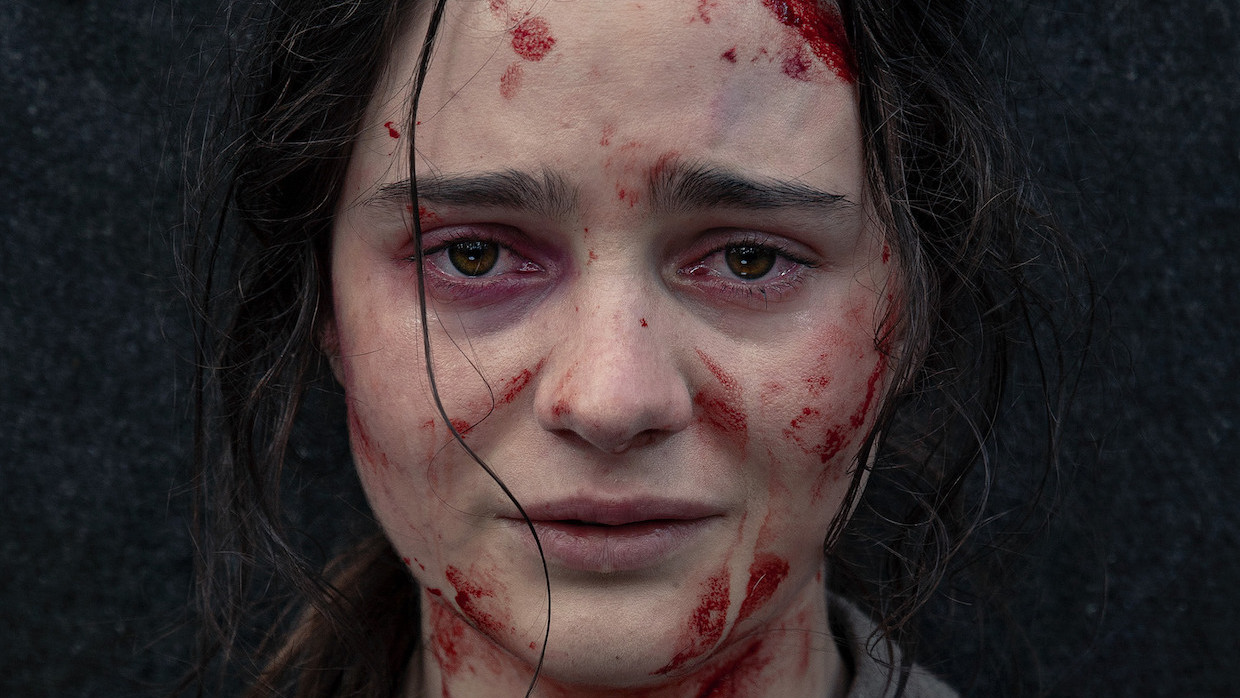 Aisling Franciosi in The Nightingale (photo by Kasia Ladczuk)

Filming in Tasmania is something that I’m very proud of. Of course it’s not hidden, it’s there throughout the film. But the choice to shoot there and how tough that was will only be known to those who were on the shoot.

Tasmania is an island separated from the mainland by one of the most treacherous straits of water in the world. It has little film infrastructure, so (almost) everything and everyone had to be brought over, crew and equipment. Non-Australians probably think of deserts and beaches when they think of Australia, but Tasmania is more like the wildest parts of Scotland. The weather is very changeable, and considering I wanted an overcast film and we had no contingency days, with 95% exterior locations, we were relying on the will of the gods. It’s something of a miracle that we got what I needed. My completion guarantor said to me on a number of occasions, “How’s Fitzcarraldo going?” We didn’t quite drag a steamship over a mountain, but it often felt like we did.

I was blessed with an exceptional cast and crew who wholeheartedly believed in the film and what it was saying, who trusted me and went with it. It was the toughest and most moving experience of my life. And something I don’t ever want to do again!

The major reason I’m proud of this difficult choice is because it was important to us to respect and honour the people who’ve passed on the land where it all happened. Their story is one I was passionate about getting out into the world.