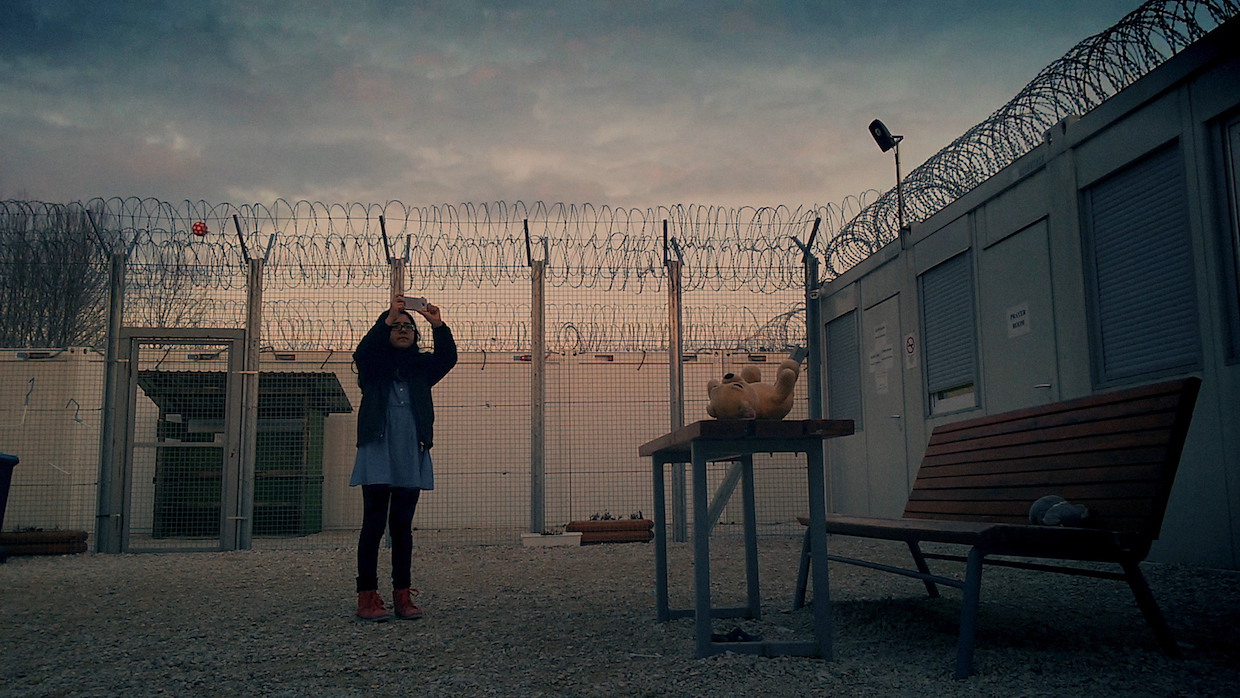 Gearing up for its 16th edition, the True/False Film Fest has announced the first components of this year’s programming. Filmmaker Hassan Fazili, director of the just-premiered-at-Sundance Midnight Traveler, and his family, will receive the True Life Fund, awarded to documentary subjects. Click here to read our interview with Fazili.

This year’s True Vision Award will be presented to Spain-born, Mexico-based filmmaker Nuria Ibáñez Castañeda. Following on the heels of past recipients such as Laura Poitras and Claire Simon, Ibáñez Castañeda—whose films include 2013’s excellent The Naked Room, a harrowing look inside a therapist’s office counseling abused children—will receive the award along with a retrospective of her three films to date.

Most intriguingly, this year’s Neither/Nor program sidebar, dedicated to a retrospective series, will be curated by writer, programmer and sometime Filmmaker contributor Pamela Cohn. Previous editions of Neither/Nor included a revelatory program on Polish documentary hybrids of the ’60s-’90s, curated by Ela Bittencourt, and last year’s focus on the Black Audio Film Collective, curated by BAM’s Ashley Clark. This year’s edition will focus on Finnish filmmaker Pirjo Honkasalo. From the press release:

The Trilogy of the Sacred and the Satanic consists of Mysterion (1991), Tanjuska and the 7 Devils (1993), and Atman (1996). At the time of their creation, Honkasalo was an established name. She was the first woman cinematographer in Finland to shoot a feature, and, at age 29, she directed what was then the country’s most expensive film, Flame Top (1980). Mysterion was her first documentary feature. Throughout all three films, Honkasalo raises provocative questions about a documentary camera’s abilities. Is this device, which we often associate with an empirical truth, capable of capturing sacred relationships, or is the act of trying to do so a sin?

The first film in the trilogy, Mysterion, takes place in Estonia, where Honkasalo observes life in a Russian Orthodox convent. The series takes a disturbing turn with Tanjuska and the 7 Devils, which unfolds at a nearby church overseen by an intimidating priest. Honkasalo’s unflinching camera watches a family struggle to find a cure for its 10-year-old daughter, who has stopped speaking. Set in India, the final film, Atman, follows a man as he embarks on a 3,000-mile pilgrimage up the Ganges River in honor of his recently deceased mother.

Over the past few years, Honkasalo has worked with the Finnish company Cinepro to digitally restore the three films in this trilogy. True/False will be the first time the three restorations have been exhibited together.