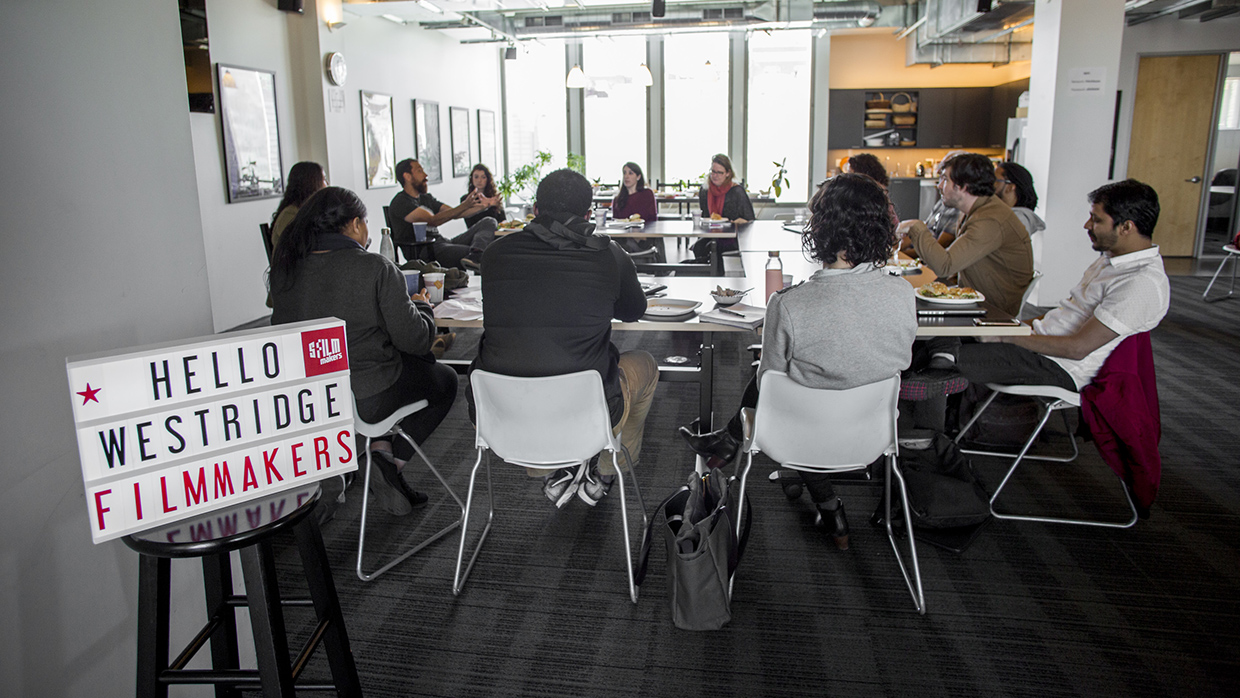 SFFILM, in partnership with the Westridge Foundation, announced today the five filmmaking teams receiving a total of $100,000 in screenwriting and development for their narrative features. One of the few grants open to early-stage narrative filmmakers, the SFFILM Westridge grants, awarded twice annually, “are designed for US-based filmmakers whose stories take place primarily in the United States and focus on the significant social issues and questions of our time.”

In a statement, the jury said, “We are thrilled to be able to support these five filmmakers and their exceptional projects. Each has used their unique voice and experience to illuminate places we don’t often get to see—from the golden fields of the Pacific Northwest to the vibrantly fluid Southern border, to former Midwestern metropolises—in search of their new identities. The characters that inhabit these stories are bold and determined, casting off expectations and embracing the faults in themselves, those around them, and the worlds they live in. In many ways, these projects add up to a mosaic of what the American Dream looks like: hopeful, complex and deeply flawed.”

The application for the fall round of grants is now open and has a deadline of July 31.

The Spring, 2019 SFFILM Westridge Grant winners are as follows:

The American Society of Magical Negroes .
Kobi Libii, writer/director – screenwriting – $20,000.
Omar, a young black man, is recruited into an undercover society of Magical Negroes who secretly conjure literal magic to make white people’s lives easier. Although initially enamored with his new powers, once he realizes they are using supernatural means to do the very thing he’s felt obligated to do his whole life, he attempts to buck the system and put his own dreams first.

Coyote Boys
Haley Anderson, writer/director/producer – screenwriting – $20,000
Homeless and living on the streets of New Orleans, Trey hangs on a promise that his estranged, graffiti-writer brother Marcus will come to claim him. After Trey learns of Marcus’s passing on the website Squat the Planet, he meets Luke, a train hopping crust punk who he has seen in pictures with his brother, an apparent friend. With nothing to lose and the possibility of retracing Marcus’s paths, Trey joins Luke and his family of runaways, artists, and activists on illegal train rides that take him deep into a world off the grid.

Dry Summer
Lakshmi Simhan, writer/director – screenwriting – $20,000
Leela is the only child of an unorthodox comp lit professor and a poet in the throes of writer’s block. She’s 17, Indian, and a recent transplant to the ranch country of the Columbia River Gorge. It’s the summer before college, and she falls in with a group of Ukrainian teenagers. As her parent’s marriage slowly dissolves, she’s caught up in a world of guns, religion, and mounting acts of petty violence.

El Otro Lado (The Other Side)
Barbara Cigarroa, writer/director; Julie O’Leary and Animal Kingdom, producers – screenwriting – $20,000
Set in Brownsville, Texas, during the child migration crisis, El Otro Lado (The Other Side) centers on Lucy, a low-income Mexican American teen who is forced to confront her own need for escape when her father decides to sponsor two undocumented minors for money.

Fight
Musa Syeed, writer/director – screenwriting – $20,000
In the American Rust Belt, two young boxers—one Arab American and one African American—train for their first professional bout. As their lives collide in a makeshift ring in a church rec hall in Ohio, the fight takes a fateful turn that alters the lives of both men, their families, and their communities.