“…It’s the Place Where Every Filmmaker Embraces Their Vulnerabilities”: Aristotle Torres at the Sundance Directors Lab 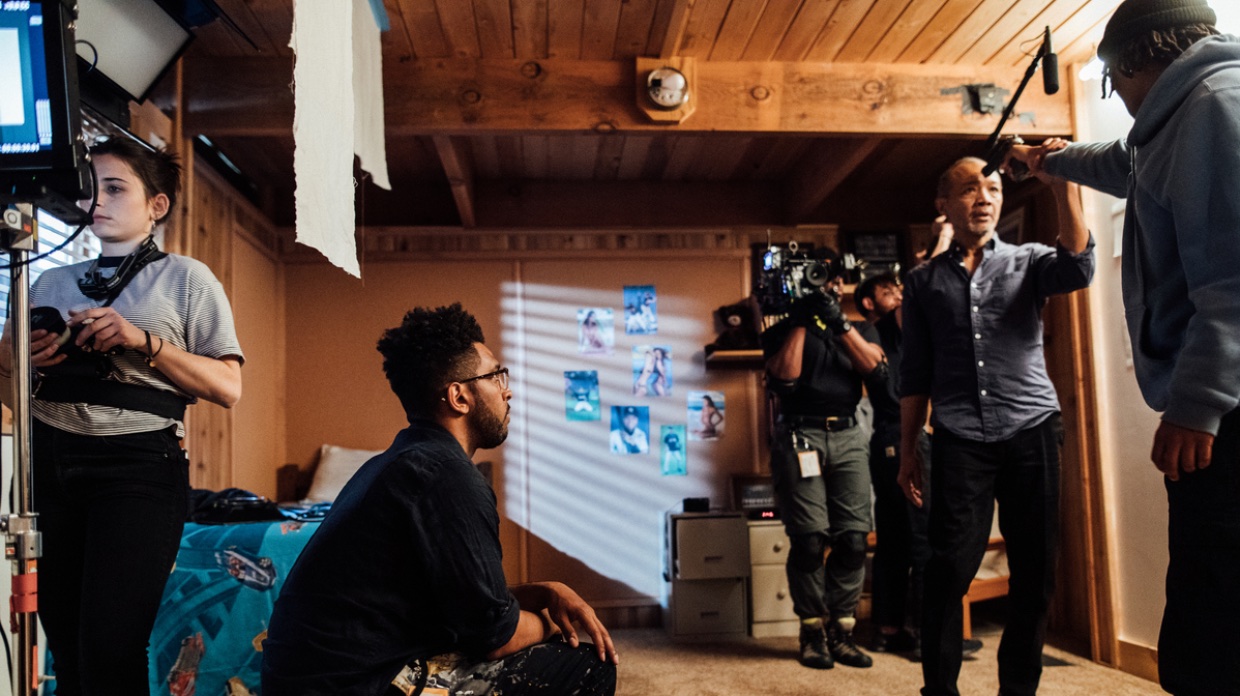 Aristotle Torres is at the 2019 Sundance Directors Lab with his feature Story Ave, a coming of age tale about “a young graffiti artist who runs away from his rough home life and holds up an unsuspecting old man in a robbery gone right that will change both of their lives forever.” Here, in a guest post for Filmmaker, he relays his experience there.

When I returned from the Sundance Directors and Screenwriters Lab, friends, family, and aspiring filmmakers hit me with variations of the same question: “So, what were the Sundance labs like?” I get it. These are highly selective workshops with notable alumni like Ryan Coogler and Quentin Tarantino, so it’s natural for everyone to be curious. And in those moments, and even as I write this, it’s tricky to describe what I experienced on “the mountain” in Utah. The simplest and most accurate description is that it was magic. Pure magic.

Sundance is an adult sleepaway camp for passionate filmmakers. I was fed three times a day, and I slept in a glorious, beautifully designed mountain home, which was heaven for my artistic mind. My brain can be overwhelmed with several creative ideas throughout the day, so to have a comfortable home to return to every night allowed me to effectively organize my thoughts and prepared me for the next day’s challenge.

Before I got too comfortable, the reality of the workload and schedule hit me like a Tyson right hook. During the Directors Lab, we workshopped four scenes from our films with highly skilled actors and crew. There were four weeks of back-to-back rehearsing, shooting and editing. By my second week on the mountain, personal time was a fond but distant memory. And although I’m a professional introvert, I actually enjoyed the non-stop interaction with 100-plus artists, including seven other fellows, advisors and a cast and crew who were charged with helping the fellows’s dreams come true. The entire crew was focused and happy to support independent films in an idyllic setting with breathtaking views of lush greenery and, of course, a snow-covered mountain.

I can’t help but think back to when a single phone call changed my life and set me on this adventure. Michelle Satter (Founding Director) and Ilyse McKimmie (Labs Director) casually informed me that all of my independent filmmaking dreams were about to come true. The reality of what I’d been striving for since 2016 when I decided to pursue a career in narrative filmmaking after 10-plus years of directing music videos, was now set in motion. But the weight of being accepted didn’t hit me until much later. 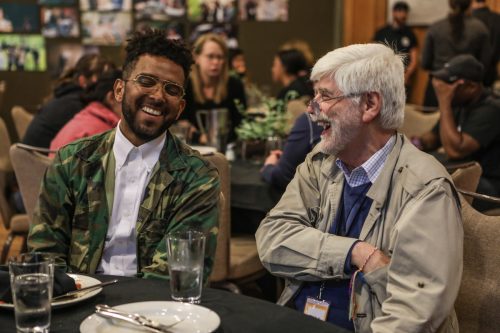 And by later, I mean when I received an email from Artistic Director Gyula Gazdag asking about my biggest fear. The question wasn’t pegged to filmmaking or even the Lab itself — his inquiry was about fear as it connected to my goals, my emotions, my work as an expression of self. I was blown away by this. It was too personal. This man, who I’d never met before, had no idea that where I come from, we don’t share feelings. We don’t do that in The Bronx, and we definitely don’t reveal our fears. That’s a huge responsibility that requires shoveling away the bullsh*t and owning my truth.

So if there’s one thing everyone should know about Sundance culture, it’s this: there is little to no room or time for BS. Most importantly, it’s the place where every filmmaker (including the advisors) embraces their vulnerabilities and insecurities. My overall fear is not reaching my full potential and letting my ego get in the way of the work. I quickly realized that the more honest I was about my uncertainties, the more I gained from the experience. That was my first epiphany on the mountain. The no-BS vibe aligned with my hometown’s unspoken mantra: keep it real with us and we’ll keep it real with you.

Fear and ego aside, my current skill sets were tested in various ways on the mountain. As a new director, there’s a certain craft to working with actors that allows you to get the most dynamic performance. This is a skill I did not possess yet, but the upside to that was being paired with Sanaa Lathan and Ed Harris as acting advisors who encouraged me to be honest and vocal about what I needed from the players to effectively nail the scene.

When working on one particularly emotional scene, I came to discover both of my actors were dealing with trauma from their personal lives. The compassionate side of me longed to send them home, but the director side of me knew there was more work to be done, and even with the help of my amazing advisors, I still wasn’t quite sticking the landing. I stepped outside for some air, and advisor Dee Rees just so happened to be walking by. I wanted to ask her for help, but we hadn’t spoken much up up to that point and I didn’t want her to think of me as a lost artist. I quickly put my ego and fear aside and called for her assistance, spilling my frustrations in a mess of emotions. Within minutes she offered me a solution that was so simple, yet effective. The trauma my actors were dealing with was certainly a tragedy, but there was also an opportunity to use it as a tool. I remember questioning the purity of my intent in using this tool to shape and grow the actors’ performances, and Gyula replying, “You’re not taking advantage, you’re doing them a service as actors to honor that grief.” That was such a moment of clarity for me, one that I hope sticks with me for the foreseeable future. This epiphany only happened because I was truthful with the actors, advisors and myself. That’s the world that Sundance cultivates, and that energy allows storytellers to make their best art. 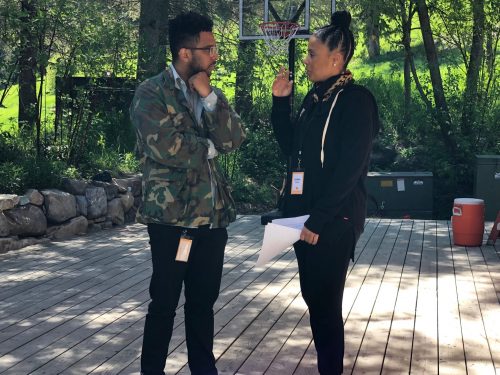 My second epiphany on the mountain was that Sundance isn’t a place where advisors give you answers, but a place for them to ask you better questions. Beyond the rigorous shooting schedule, a variety of advisor meetings were scheduled throughout the labs; mainly during mealtime or before a nightly screening of an advisor, crew or fellow’s short film.

While the purpose of my meetings was to discuss how I was actually going to direct these scenes, we also discussed how these artists approached their work, how they lived and where they found inspiration. This wasn’t just a casual conversation. They gifted me tools for my creative toolbox. My growth as a man and as a human spilled over into my work, influencing my characters’ actions and how they live their lives on paper and screen.

Now, I fully understand how the labs have reshaped independent filmmaking.

I’m back home in New York City preparing to submit a new draft to Sundance by the end of the month. The pressure to produce is real, but the pressure to make art that accurately reflects graffiti and my Latino culture is even greater. I got this. I’m checking my ego at the door and pushing past my fear.