The Future of Compression: Google Attempts to Replace H.26X… Again 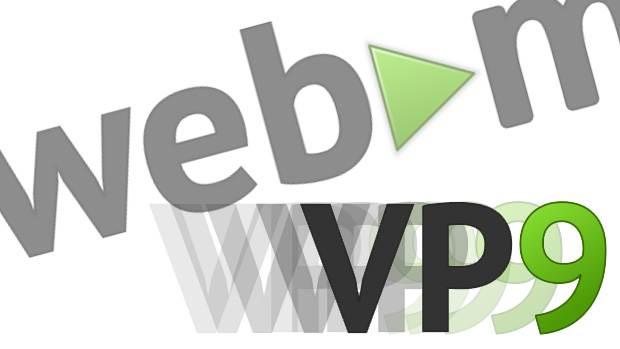 by Michael Murie
in Columns, Distribution, Post-Production
on Feb 26, 2014

For a second time, Google is attempting to pitch a compression format as the replacement for an H.26X compressor. They tried to do it three years ago for HD video when they pitched VP8 as a replacement for H.264 and had little success. Now they’re back with a new angle: VP9 is the format for 4K, and they are putting it up against H.265, the new 4K compressor that is also referred to as HEVC (High Efficiency Video Coding). Should you care?

Compression codecs can be fascinating, frustrating and their naming confusing. For example, everyone’s heard of H.264 and AVCHD, but many probably don’t realize that AVCHD is a file structure and set of formats that actually includes H.264 for video compression. Similarly, VP9 is part of an architecture called WebM, so you may hear both terms used.

For most camera operators, choosing a compressor is limited by the camera you’re operating. This won’t change; VP9 is a distribution format, just as H.264 is, though that didn’t stop manufacturers from using H.264 as the compressor of choice for consumer cameras. Will camera manufacturers start adding VP9 compression to their products? It seems unlikely unless Google offers them money or consumers start asking for it. Also, most manufacturers are already aligned with one or two compression formats, and will probably prefer to stick with variations of what they know, even as they move to 4K.

Why use VP9 over HEVC? Both VP9 and H.265/HEVC claim to be twice as efficient as H.264, an important point if we all start watching 4K video. Most of the press that VP9 gets is not because it’s more efficient, faster to compress or decompress, or has some other quality advantage. If those advantages exist, they appear to be small at the moment. The primary reason given for switching to VP9 is financial; there’s no licensing for VP9.

Which leads us to distribution, and why you might be interested in using VP9 rather than H.264 or HEVC.

Both H.264 and HEVC rely on patents owned by a number of companies that are licensed through a patent pool administered by an organization called MPEG LA. To use them, someone has to pay a license fee, but the reality is that few of us pay that fee directly. The camera makers and software developers pay the license fees.

When you distribute something with these compressors you are also on the hook. If you get Blu-rays pressed by a commercial house, they will charge you the fee as part of the production cost.

And if you’re distributing video on the internet, then you’re potentially on the hook as well. Which is why Google would like more people to adopt VP9 over H.26X. Google pays a license fee to use H.264 on YouTube. It’s in their interest to get everyone to switch to another compressor. One that they own and have released as open source.

Interestingly, when Google rolled out VP8 back in 2010, MPEG LA took pains to point out that they believed that VP8 would actually make use of technology covered by their patents. While there was no court case, Google and MPEG LA did reach a settlement in March 2013 where Google was granted a license by MPEG LA to “techniques” essential to VP8. According to the announcement, Google could sublicense these rights to any user of VP8. The agreement also covered “one next-generation VPx video codec,” which suggests that VP9 is covered.

Having a free compressor is good, but ultimately Google has to get people to use it. Here they face a number of problems. Their biggest cost is the end user watching video, but that user isn’t paying the license fee, and it’s the hardware and software being used to playback the video that most closely defines their video formats. Few users choose the playback video format they are watching. Google needs to get browsers and playback software to support VP9: at the moment, both Chrome and Firefox support WebM, but Safari and Internet Explorer do not.

Google’s primary goal with VP9 may be in hardware rather than software. They have announced support from several hardware vendors, including ARM, Broadcom, and Intel, suggesting that future Andriod phones will be able to play back VP9 video more efficiently. They also have agreements with TV makers LG, Sony (who have since announced they are getting out of the TV business), Samsung, Sharp and others. Unfortunately, it’s not expected that we’ll see VP9 devices until 2015 at the earliest.

Meanwhile, Netflix announced that they are using HEVC for their 4K experiments, while YouTube’s Francisco Varela, global head of platform partnerships, has said, “We are not announcing that we will not support HEVC.”

At the moment, you have to work to find a way to compress a video in VP9 as well as applications that will play it. What Google really needs to do is develop good relationships with the NLE developers (Adobe, Apple, Avid, et al) and also come out with an easy-to-use compression, upload and playback tool for end users.

Which brings us back to the initial question; should you worry? Frankly, unless you’re distributing large amounts of video on your own servers, the licensing structure of the compressor you use is not a major concern. And for at least the next year, H.264 will remain the primary compression format for distribution.