TIFF 2019, Day 6: A Beautiful Day in the Neighborhood, Marriage Story 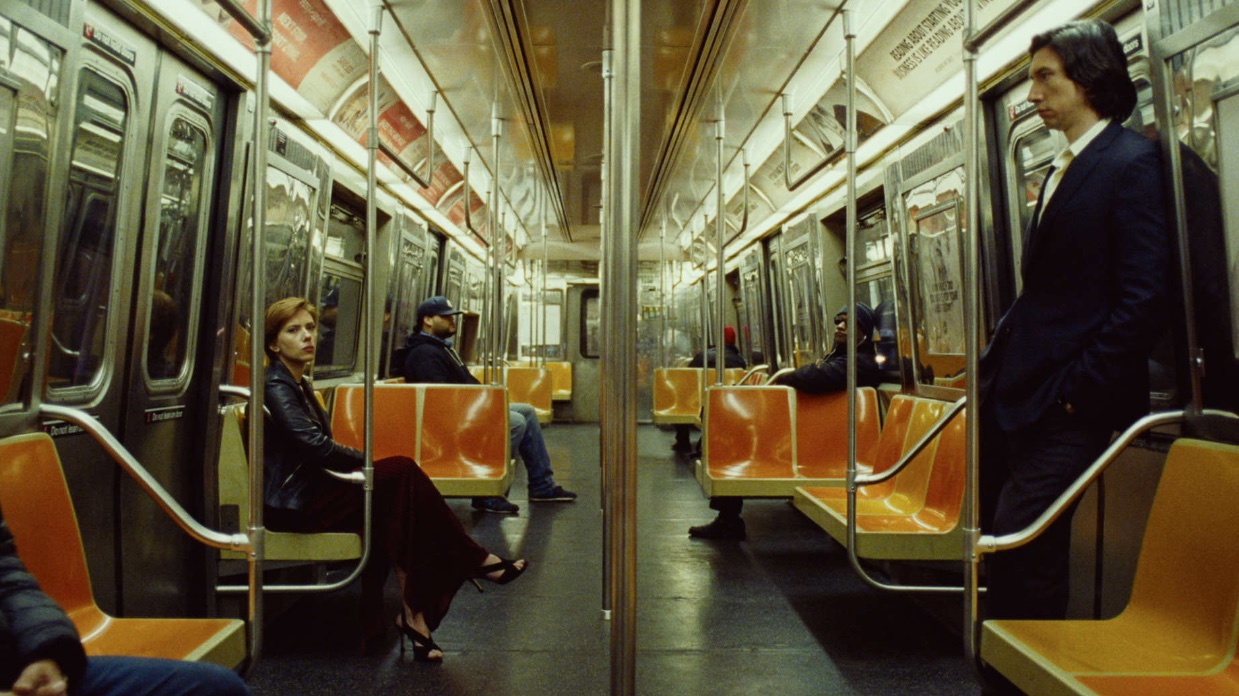 A Beautiful Day in the Neighborhood is the inspiring story of a magazine writer, Lloyd Vogel (Matthew Rhys), who filed way over word count (by 9,600 words!), which delighted his editor so much that Vogel got the cover. It’s 1998, and Vogel, on staff at Esquire, has developed a reputation as a savage profiler no one wants to talk to anymore. Editor Ellen (Sakina Jaffrey) throws him a softball: 400 words on Fred Rogers (Tom Hanks) for an issue on cultural heroes. Vogel tries to beg out of the ill-fitting assignment, but no dice—as Ellen correctly notes, “Didn’t I hire you to do whatever I tell you to do?” So, the hard-bitten hack high-tails it to Philly, where Rogers provides one-on-one counseling to help Vogel reconcile with his Bad Dad (Chris Cooper), a process of forgiveness which will in turn help him become a better person, father and (yes) writer. All in under two hours!

I know everyone is tired, anxious and could probably use a hug; nonetheless, with no venom against the late Mr. Rogers, his status as one of the closest things contemporary American culture has to an agreed-upon secular saint is a trifle bonkers, no? Rogers’s legacy is nothing but admirable, and he does seem to have been as decent as widely reputed, but the whole point of his show was to connect with children, and the fact that adults now treat his words as koans to help sculpt the day is a little troublesome. Taking to the stage before my screening, screenwriters Micah Fitzerman-Blue and Noah Harpster said they wanted to start with “a quote from Fred Rogers himself,” to wit, “It’s really easy to fall into the trap of believing that what we do is more important than what we are. Of course, it’s the opposite that’s true: What we are ultimately determines what we do!” I’m not going to disagree with any of that, but it also sounds precisely like the synopsis of any random ’90s family film from Hook onwards in which a dad who works too much learns he really needs to spend more time at home and whose kid’s big school performance always conflicts with attending some crucial big meeting—the message of Neighborhood isn’t meaningfully different.

As all this implies, Fred Rogers isn’t the central protagonist of Neighborhood, more a benevolent guiding spirit selflessly steering Vogel on his way. Hanks is obviously more middle-American dadbod than the weight-obsessed Rogers, whose daily swimming routine kept him lifelong at 143 pounds—appearance aside, Hanks predictably nails his subject’s well-documented tics and slowly-articulated speech rhythms. Won’t You Be My Neighbor? touched (lightly) on Rogers’s life-long sense of self-doubt, mildly hinted at here: he mentions banging out all the low keys on a piano as a form of stress relief, which Hanks does in the closing shot. Still, this is a strictly exterior, and predictably beatified, portrait. The show’s video look is flawlessly recreated and extended, with transitions between cities and sets rendered on visually consistent miniatures (also cost-effective!).

For whatever it’s worth, this is the third Marielle Heller period piece feature centering on a protagonist who’s a dissatisfied writer, but the screenplay here is considerably inferior to Can You Ever Forgive Me? That film’s alcoholism is absent—implicitly as a reaction to his hard-drinking dad, Lloyd doesn’t indulge. What Rogers tells him is basically the same kind of solid advice anyone with serious anxiety, etc. is given: get meaningful rest, meditate, exercise, go to therapy. That latter is implicitly provided by Rogers himself, which is a little ridiculous: as a strategy for coping with serious emotional trauma, relying on personal intervention from public television’s favorite reassuring adult was a non-starter for most people even when he was alive. And while it’s true that hanging on to anger for decades isn’t productive, the movie makes a bigger emotional leap—that Lloyd must learn to forgive his father, which is ridiculous. He’s at one point presented with the argument that, good or bad, his father “helped you become who you are.” That’s true but not actually good: that’s actually called pathology. Beautiful Day is shockingly insistent on the importance of forced reconciliation at all costs, which I find offensive: sometimes it’s okay to acknowledge that dad was a dick and just move on with life. (In any case, casting Chris Cooper is almost too easy. Go all out and get Ray Wise!)

Bathetic narrative throughline and arm’s-length portrait of Rogers aside, Beautiful Day is a briefly nostalgic portrait of the waning days of print journalism with real staff jobs and actual budgets. Accepting an award, Vogler asks, “Why do we write or magazines for a living?” Not just for “a front row seat to history,” but because “the right article could help change a broken world with our words.” It’s a long way from here to SEO optimization and the normalization of exiting writers roasting their new owners as a regular essay sub-genre (e.g., most recently). I laughed a lot at a instructional video showing how a magazine is (i.e., was) made: “It’s a lot of work to make a magazine, isn’t it?” Rogers observes. I can confirm.

Bad fathers have haunted many of Noah Baumbach’s movies, and though Marriage Story is primarily about divorce from the parents’ perspective, the dread paternal specter still creeps its way back in. When the movie starts, it’s clear that Nicole (Scarlett Johansson) and Charlie (Adam Driver) are going to get a divorce—the mutual intent is amicable, only the details need to be taken care of. Structured by the financial/emotional spiraling-out for both parties once divorce becomes a lawyer-driven, court-mediated process, Marriage Story is on one level an analysis of systemic failure, which seems fair and researched rather than some kind of MRA-leaning “father’s rights” screed. Still working with his longtime ace editor Jennifer Lame, Baumbach changes up his stylistic game, moving away from rapidly-cut hand-held jitters (as well as the elaborate tableaux staging deployed in Mistress America‘s finale) and towards slower-cut, more conventional coverage that, per usual wisdom, lets scenes “breathe,” which makes the film longer than usual—a hefty 135 minutes, his first-ever film over two hours. (The Meyerowitz Stories DP, Robbie Ryan, returns as well.) There are fewer throwaway laugh lines in the margins, the film staying thematically on-target, and I found the less aggressive formal language to be a bit of a letdown. One friend suggested that this is Baumbach’s “prestige” movie, and that attendantly he’s toned it down a bit to meet less adventurous viewers halfway, which is certainly an idea. In any case, the tone is more self-consciously sober, taking less pleasure in perfectly-expressed rudeness. It’s a new mode for him, completely with slow dolly-in monologue for Johansson, and not my favorite.

If Meyerowitz Stories revisited Squid and the Whale‘s portrait of two sons reacting differently to their toxic father’s presence as adults, Marriage Story similarly revisits that film’s divorce from the grown-ups’ side. This is also Baumbach’s first non-NYC movie since 2010’s Greenberg, the film hopping back and forth between Brooklyn and LA—the filmmaker still clearly has major beef with the latter, as Driver’s character gets very testy every time someone inevitably mentions how great it is that there’s so much space. The father anxiety sneaks in through Laura Dern’s lawyer character, who goes off on how “the idea of a good father was only invented like 30 years ago,” part of a long rant about how bad dads are tolerated by society but problematic moms absolutely aren’t, building to a furious, really funny punchline about God as the original absentee dad that got a nice round of applause. Despite my qualms about the relatively conventional presentation, Marriage Story did eventually get under my skin as a movie about the sadness of winding down a long-term relationship that simply didn’t work, when two partners who’ve thoroughly internalized each others’ rhythms, and who may never fully unlearn that intimacy, have to split.