Digital Wanderlust: On Wim Wenders’s Until the End of the World 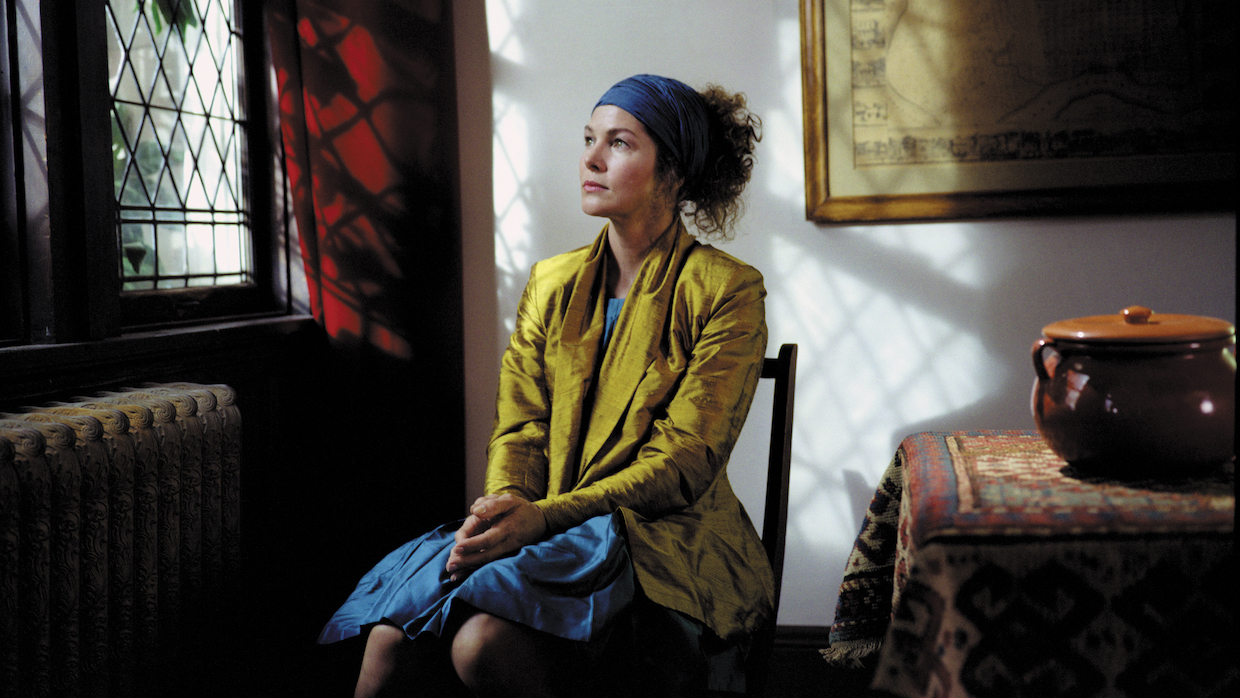 Until the End of the World, Wim Wenders, Winter 2020

Two major anniversaries in digital technology happened in 2019. October 29th marked the fiftieth year since the first message was transmitted via ARPANET, an early network of computers developed by the U.S. Department of Defense and hosted at universities including UCLA and Stanford (where the message was, respectively, sent and received)—a relatively pat and mutually agreed upon milestone for the beginning of the internet as we know it. The other anniversary—the thirtieth birthday of the World Wide Web—is much less decisive: You might notice people celebrating the thirtieth year of the internet’s most transformative application well into 2021. A quick Google search for the “25th Anniversary of the World Wide Web” delivers articles published in 2014, 2015 and 2016. The reason for this confusion is that we can count back from 1989, the year that Tim Berners-Lee proposed the web. He wrote the first browser for it in 1990, which is also the year the first website went up; the first public server was released in 1991.

Berners-Lee announced the “alpha release” of the “WorldWideWeb” on Usenet newsgroups including alt.hypertext. There, he explained, in a post dated August 19, 1991, “This project is experimental and of course comes without any warranty whatsoever. However, it could start a revolution in information access.” A month later, Until the End of the World, Wim Wenders’s ecstatic and delightfully unwieldy film—his twelfth narrative feature—made its debut. The ebullience and starry-eyed enthusiasm brimming in every scene is in key with the tenderness and vigor that people—both users and developers—brought to the World Wide Web in its earliest years.

Set in the slightly near future of 1999, Until the End of the World isn’t exactly a utopian film, but it is dreamier and more relaxed than any plausible reality. Search engines, GPS and other slightly-futuristic-then, fully-realized-now gadgets are represented with bulky ’90s flair (there are videophones—and also videophone booths). There is some sort of out-of-control nuclear satellite approaching—the end of the world is nigh, per the title—but its characters are remarkably chill about this threat. They crisscross in capers, on the run from shadowy bounty hunters or in search of love and money. All the while, the entire world seems immediate and accessible. Shot in nine countries across four continents, the stakes are low for an apocalyptic tale: There’s no jetlag or culture shock, only friends and fellow travelers the main characters have yet to meet. In one of its more strikingly composed images, the lead, Claire Tourneur, played by Solveig Dommartin (who also worked on the story), waits in a hotel lobby. A woman opposite her plays the cello, and behind them, a hologram of a globe is projected against world clocks in neon lights depicting local times around the world from London to Bangkok. It reminded me of Martin Kippenberger’s Metro-Net, the German artist’s series of ersatz subway entrances installed in various international locations from 1993 to 1997; pieces that suggest an individual departing from the spot in Leipzig could potentially exit into West Hollywood or the Greek island of Syros. Granted, the film shares the same sentimental notions underpinning ’90s Benetton ads (including a few cringeworthy, albeit unintentionally, racist moments) and sometimes treads in a schmaltzy fantasy of globalization. This is the romanticism of the early years of the World Wide Web: connect the world—point and click, send and receive, search and find your people somewhere out in the world that are miles away yet intimate through technology.

A film with as much ambition as this one also needs ample legroom. Wenders was dissatisfied with the original American and European cuts, each more than two hours long already. A 295-minute director’s cut screened throughout the United States in 2015. Now, Criterion is releasing a new, 287-minute director’s cut that, viewed at home in binge-watch mode, could strike modern audiences as concisely presented. The occasional windiness to this version feels appropriate: It captures the tedium of travel, which is never all gorgeous bird’s-eye-view vistas outside the window of an airplane. There’s not a lot of tension in this film. There is, however, an honest depiction of the mundane pleasure of anticipation.
Halfway through the film, the road movie transitions into a pioneer-town narrative as the travelers arrive in the Australian outback. It is home to the lab of a scientist played by Max von Sydow, who experiments with recorded digital images in order to restore the eyesight of his wife, played by Jeanne Moreau. The end result of these experiments is a technology that can be used to record people’s dreams. These images, with heatmaps, artifacts and glitch, give the film a final form as a long, moody, narrative digital art piece. Such dazzling visuals call to mind work by artists fascinated with the digital image like Lynn Hershman Leeson or Hito Steyerl (who was Wenders’s assistant director on the film.) The characters in the film become addicted to the cyber-dreams, drawn to the recesses of their minds like Narcissus at the water’s edge. One is tempted to draw a parallel here with contemporary conditions like “digital addiction,” but there’s nothing on our internet nearly as exquisite and serene as the recordings that hypnotize the characters in Until the End of the World.

The web was hardly the biggest news story when this film debuted. What else had happened recently? The Iron Curtain fell, Nelson Mandela was released from prison and apartheid was set to end. A beautiful future and peaceful world might have seemed within reach. Here’s a film that tapped into that techno-innocence; the belief in a universal goodness; an exquisite context for what users were looking to find online and why they went online in the first place.