“This Was a Very Real, Meaningful Artifact—Not Just a Piece of Costume—That Carried With It Some Kind of Soul”: Braden King | The Evening Hour 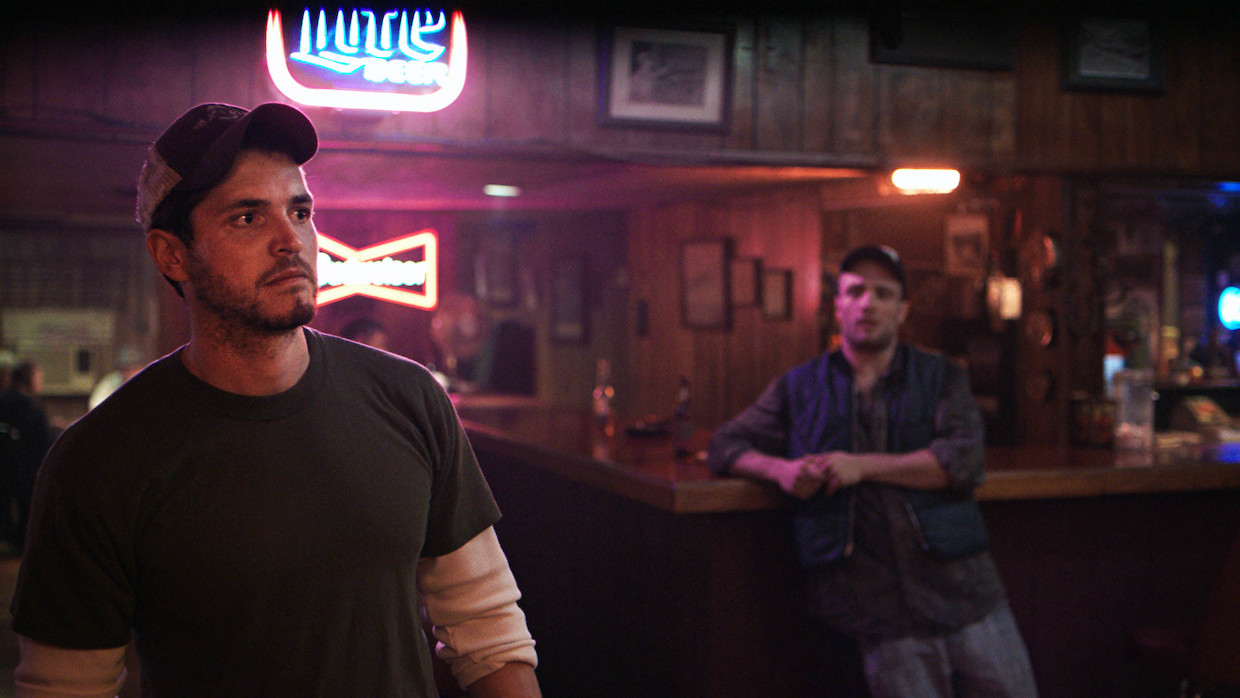 The Evening Hour tells the story of Cole Freeman, who maintains an uneasy equilibrium in his declining Appalachian mining town, looking after the old and infirm in the community while selling their excess painkillers to local addicts to help make ends meet. When an old friend, Terry Rose, returns with plans that threaten the fragile balance Cole has crafted, his world and identity are thrown into disarray.

We shot the film in and around Harlan County, Kentucky, which is in the most southeastern corner of the state, about three hours from the nearest airport. Production was an experience of total immersion in a landscape and community that was unfamiliar to many of us, but the collaboration with both was deeply affecting and meaningful. The details, images and lives we captured in Harlan would have been impossible to find or create anywhere else. The film—and all of us—are richer for having made the effort to shoot in an area that many might consider impractical and, especially, for the trust and friendship we were given by those we met. We’re going to know a lot of those people for the rest of our lives.

One of Cole Freeman’s “clients” is a military veteran. He shows up a few times throughout the film as Cole makes his rounds as a dealer. The Vet was played by a local resident and non-actor named Jerry Pruitt, who we came across while scouting locations. Many of the film’s day players have similar stories: incredible people we were lucky enough to encounter while going about the business of making the film. (There’s a blurred line between fiction and non-fiction present in The Evening Hour that I’m very proud of and excited about, but that’s an essay of its own.) Jerry, like so many we met, is one-of-a-kind.

The weekend before we shot Jerry’s scenes, I was sitting in the local VFW hall (the only bar in town—Harlan was a semi-dry county at the time), which is also the location we used for The Evening Hour’s bar scenes. Rich Kreitzer, the VFW Commander, had been generous enough to grant temporary memberships to the cast and crew—the place became a very welcoming, shared clubhouse for our cast, crew and its own regular clientele of veterans. (One night early on, Makeup Department Head Anouck Sullivan sat down cleaned out the older local poker players, but again—that’s another story.)

The Vet doesn’t speak in the film and I was concerned about how we would establish his character’s veteran status visually. Everyone in the region wears a lot of camouflage, so that alone wasn’t going to do the trick. Commander Rich was always wearing a different baseball hat commemorating his various tours of duty—the hats were beautiful and unique, embroidered with the various insignias he’d earned and information about the different locations and groups he’d served in and with. So, I asked Rich if he might have one he’d let me borrow for Jerry to wear in his scenes as The Vet.

I don’t think I’d even finished the question before Rich took the hat he was wearing off his head and handed it over, saying, “I got this in Afghanistan. It’s the only one I have, but I know you’ll get it back to me.” I almost didn’t want to take it. Things go missing on film sets every day. But I also knew that this was a very real, meaningful artifact—not just a piece of costume—that carried with it some kind of soul and authenticity and experience that would deepen the scene and the film and what we were all doing in Harlan. I carried that hat to set myself and I drove it directly back to Rich at the VFW after we wrapped.

And I can tell you this: the scenes and moments we shot with Jerry and that hat, as incidental as they may be, were made richer and deeper and more meaningful because of the trust that Rich gave us and the soul, weight, experience and truth that baseball cap carried with it.