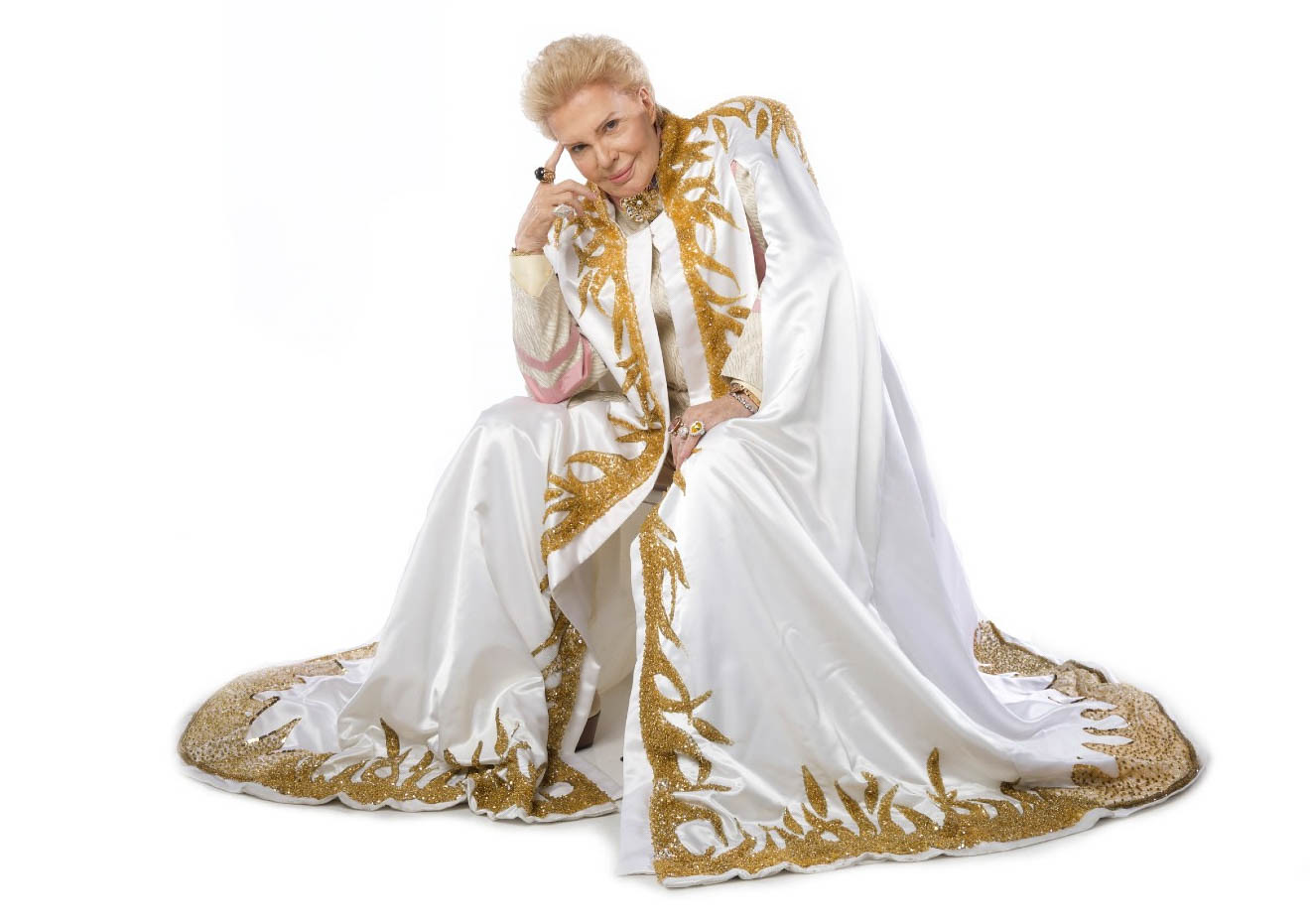 Driving into the gated community in the San Juan, Puerto Rico suburbs where Walter Mercado lived, you hardly needed an address to find his house. The two-story Moroccan villa painted yellow with blue trim couldn’t help but stand out among the 1950’s tract homes that surrounded. With so much pizazz and presence, this was clearly the home to the iconic Latino astrologer and TV personality. Inside, it was no less subtle.

Walter Mercado’s house was a reflection of his personality, that is to say, it was extra. Bright colors, antique furniture, lace doilies, religious iconography and crystal figurines combined to create a look that was one part patinated glitz and glamour of a bygone era meets Eastern mysticism, another part your grandma’s living room. Even after filming in the house for over two years, no matter where we looked there was something new to notice. No surface was left unexploited as an opportunity to cram in another memento or tchotchke, whether a cameo pill box or a photo of Walter with Gloria Vanderbilt.

Walter’s presence could be felt everywhere—if not by his décor choices then by the large framed photos of him which hung on the walls, mixed in with an oil painting of Saint Sebastian or a tapestry of Lord Ganesh. We often referred to his home as ‘the museum’ because in many ways it was both a testament to his immense success and a perfect reflection of his varied interests.

During the nearly three years we followed Walter, his health started declining and he developed strong sciatica-related pain that sometimes would leave him bed-bound for a few days. During one of our production trips, we were told that Walter could not shoot for the next few days—he was just in too much discomfort. As we scrambled to salvage the shoot days, we turned our camera to his house. Our Cinematographer Peter Alton (along with second camera Joey Daoud) made the challenge of not having our subject available into an opportunity to capture the environment that so well encapsulated him. Part of Walter’s signature look was his elaborate capes and jewelry, because of not having access to Walter as we had hoped we were able to set up highly stylized shots that captured the beauty of those outfits and the mystic, magical vibes of his home. In doing so, you get a good sense of the space he created for himself—the private sanctuary he retreated to in his final years.

As we look back on our finished film, some of our favorite moments in it are those shots that captured Walter’s world.