Berlinale 2020 Dispatch 1: The Tango of the Widower and Its Distorting Mirror, The Calming, Maggie’s Farm 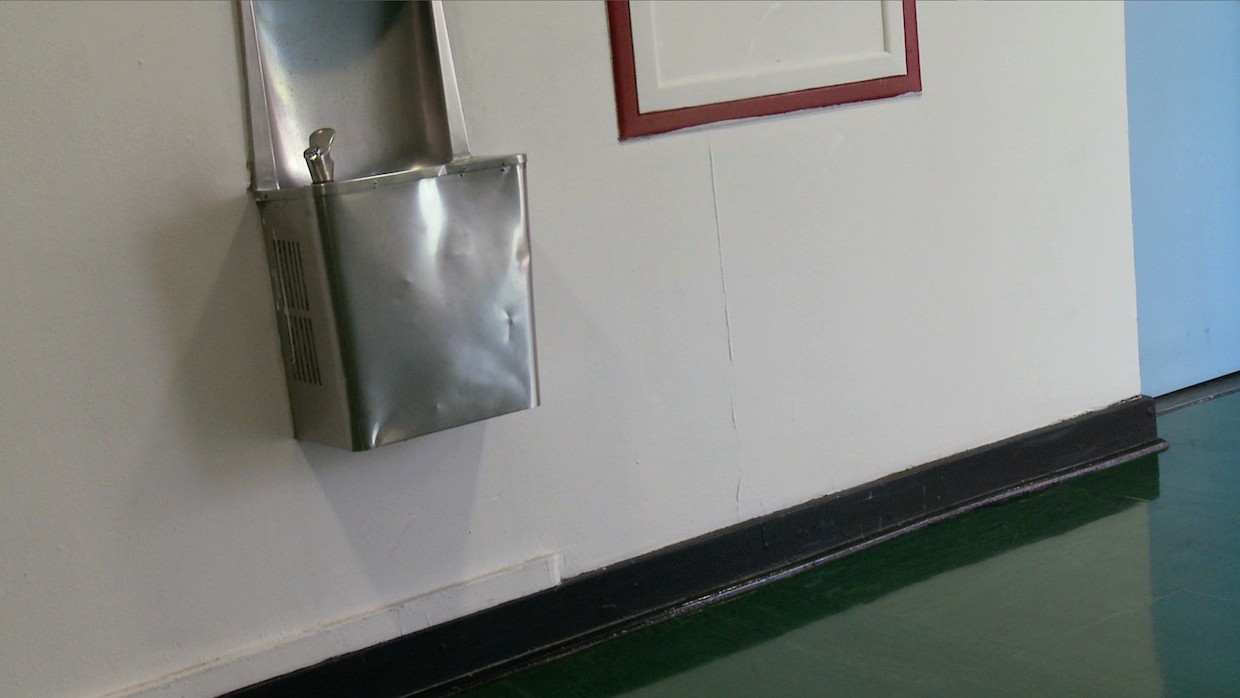 Two days into my first trip to Berlin, I haven’t quite got my bearings yet—for the physical landscape of the fest or for the sprawling program, which includes more than 340 films from 71 countries. Along with being a milestone year for the Berlinale (the 70th), this is also the 50th anniversary of Forum, the festival’s program of boundary-pushing work, and the first edition under the co-leadership of Executive Director Mariette Rissenbeek and Artistic Director Carlo Chatrian. Rissenbeek joined the fest after nearly four decades in the German film industry; Chatrian moved to Berlin from Locarno, where he’d served in a similar role since 2014. In a recent New York Times profile, both describe the increasingly popular dual-leadership model, or doppelspitze, as a more productive division of labor. For Chatrian the daily work of curation, which this year involved watching more than 800 films for consideration, “would not have been possible if I had 10 meetings a day like Mariette.”

I began the fest in a sleep-deprived fugue, which only enhanced the experience of watching Raul Ruiz and Valeria Sarmiento’s The Tango of the Widower and Its Distorting Mirror, a surrealist fantasy about a man (Rubén Sotoconil) reckoning with his wife’s suicide. Haunted by her spirit—and, most disturbingly, by images of her wigs skittering across the floor—he is driven to ultimate despair himself, at which point the film breaks in half. For the remaining 30 minutes, nearly all of the earlier footage and spoken dialogue is revisited in reverse, like an extended visit to the Red Room in Twin Peaks, eventually winding its way back to the opening image of a partially obstructed view of his wife’s body on the floor. “Let’s say we killed you because you were killing us, Darling,” the man laments in voiceover.

Intended as Ruiz’s debut, the material for The Tango of the Widower was shot in 1967, but because of a lack of funding he was unable to complete the soundtrack and, so, moved on to a new project, the award-winning Three Sad Tigers (1968), which launched his career. Following the overthrow of Salvador Allende’s government in 1973, Ruiz was forced into exile and left the footage behind, where it remained untouched until 2016, when it was rediscovered in the basement of a theater in Santiago de Chile. Sarmiento, a filmmaker herself and Ruiz’s widow and longtime editor, commissioned lip-readers to reconstruct the dialogue, which she then recorded and added to the mix in a style that recalls the bewilderingly intimate, subjective voice of Andrei Tarkovsky’s non-synch soundtracks. The fundamentally split nature of the film—one reasonable reading is that the widower is the suicide, that the wigs are his own—is reflected even in the closing titles, which list all major credits in two columns, one for the 1967 production, one for the 2019 reconstruction. Clumsy but energetic, The Tango of the Widower is impressive for its ambitions. At 27 Ruiz was already uninhibited with his camera and eager to film our most private dreams.

The Tango of the Widower screened in Forum, which is likewise looking back to its origins while remaking itself in real time. Now under the directorship of film critic and writer Cristina Nord, Forum has since its founding in 1971 been curated independently by Arsenal – Institute for Film and Video Art. For its 50th anniversary edition, Forum is revisiting 25 films from its first lineup (more to come in a future post), in addition to 35 new films in the main lineup and nearly 40 films and installations in Forum Expanded.

Judging by the first two days of Forum screenings, one guiding curatorial principle for Nord and her team is diversity of formal practice. The Calming, like Song Fang’s feature debut, Memories Look at Me (2012), is tasteful and contemplative to a fault—aesthetic whiplash following Ruiz’s histrionics. Xi Qi stars as Lin, a 30-something filmmaker struggling to recover from a recent breakup. When we first meet her, she’s in Japan, overseeing the installation of a new gallery show. Over dinner with a mutual friend she becomes reacquainted with a Japanese woman played by Makiko Watanabe, and the tone of the film lifts suddenly, suggesting a shift toward more natural performances and the possibility of a new relationship. It’s a wonderful scene. Speaking in English, Watanabe and Xi seem to be improvising, or at least working with some amount of freedom, as their chat veers close to flirtation.

However, when Lin leaves Japan, the tone reverts back to staged, suffocating quiet. Song, who played the film student in Hou Hsiao-hsien’s The Flight of the Red Balloon (2007), is working here in the mode of Hou’s Café Lumiere (2003), using Lin as a surrogate wanderer and observer of the world. We watch as Lin watches—through car windows, from passing trains, balconies, and the sterile vantage of her bed. Often that perspective is stunningly beautiful, but an hour into The Calming, I’d given up all hopes of an Apitchatpong-like splintering of the narrative or anything approaching transgression. As I said, the film is tasteless to a fault—like the art-directed fantasies of a Pottery Barn catalog.

James Benning returned to Forum with Maggie’s Farm, which consists of 24 static shots collected in and around the California Institute of the Arts, where Benning has taught since 1987. The first eight images are of trees and tall grass, and of the parking lots and hillside surrounding the campus; the second eight are of hallways, stairwells, and classroom spaces; the final eight are of the surfaces of buildings, outdoor industrial storage containers, and a loading dock; all are unpeopled, except on a few occasions when someone is heard passing through off-screen space or when Hank Williams, Bob Dylan and Linda Ronstadt drop in via the soundtrack.

As has always been the case with Benning’s films, that kind of dry, point-by-point description of his formal strategy drifts toward spoiler territory. Part of the pleasure of each new film is discovering the rules of the game. Maggie’s Farm, like so much of his work, is autobiographical—as we’re granted access to his particular perspective, painted by his particular taste—but this one has the tone of a valedictory. While I haven’t heard any official word of Benning retiring from CalArts, the film’s title suggests leaving some kind of work behind. The space where he has taught for more than three decades is populated with trash cans, dented water fountains, sloping trees, and cinder block walls that Benning’s flat DV images elevate into Mondrianesque balance and tension. (The middle section of the film reminded me of my college years, when I worked as a janitor and would quietly explore the same empty hallways and classrooms five evenings a week.) The final shot is of the top of the cab of a blue pickup truck parked in front of a slatted, deep-red wall. It’s a stunning image, timestamped by the falling ash from recent wildfires—an ending that returns to the beginning.