Two or Three Things They Know About You: Marketing Independent Film with Behavioral Data 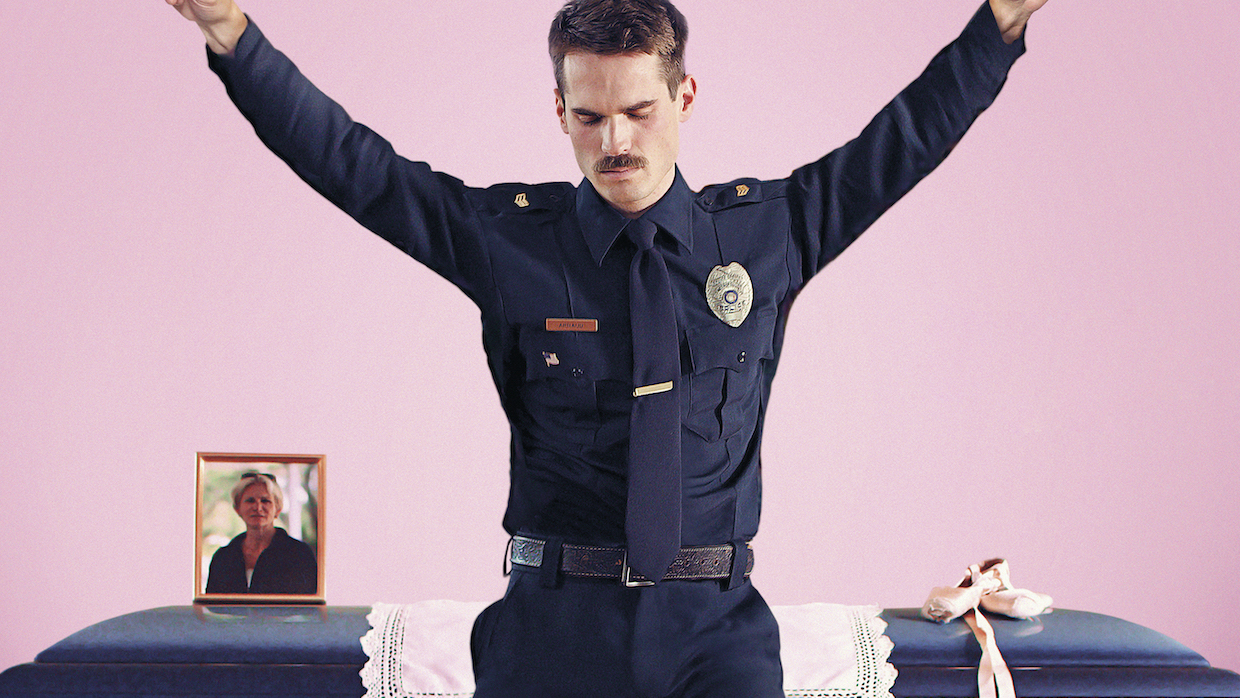 Jim Cummings on the poster for Thunder Road

Like every other thing we purchase nowadays, movies have been subsumed into the new digital economy, where behavioral data, influence campaigns and social media marketing are an integral part of doing business. Morally, you might have a problem with Mark Zuckerberg’s corporate practices, but there’s no getting around the fact that Facebook and Instagram hold some of the most powerful tools to reach people and manipulate their decision-making—including their choice of which movie to see on a given weekend.

“It’s definitely been a help for smaller filmmakers,” says Stephen Metzger, director of marketing at Operam, the “data-driven” company that strategized digital campaigns for The Witch and Moonlight, among others. “They don’t have to buy a Super Bowl spot to market a movie. You can make a couple thousand dollars go a long way.”

According to Metzger, studios nowadays spend as much on digital marketing as traditional ad buys, with digital and social becoming even more important when it comes to reaching younger audiences who don’t interact with traditional media like print, radio and television. “It’s all about knowing the demographics for your film and finding the best platform to reach those people,” says Metzger, whether it’s Facebook (for older audiences) or Reddit, Twitter, Pinterest, Instagram or whatever new platform is on the rise. For example, “If you’re trying to reach younger teens,” he says, “TikTok is a successful new tool for that audience.”

“Every single company is doing it,” agrees filmmaker Jim Cummings, director of Thunder Road and a producer on the 2020 Sundance NEXT selection Beast Beast. “And the reason why there’s no tutorial is you have to call Facebook and ask them how to do it.”

When Cummings chose to self-distribute his SXSW-winning feature Thunder Road with the help of the Sundance Institute’s Creative Distribution Fellowship, he dumped the entire $33,000 Fellowship funding straight into social media marketing and quickly familiarized himself with Facebook’s Ad Manager. “I had a Facebook Genius appointment—two sessions, one hour each—with [a consultant], and she was wonderful,” says Cummings.

Cummings learned that he could put his money toward a few different campaigns, each with their own price point. Campaign goals ranged from “awareness,” which focuses on sparking general interest; “consideration,” which targets people seeking more information; and “conversion,” which is aimed at people who might actually buy tickets. If you just want to get your marketing material in front of more passive Facebook users, that awareness campaign will cost less than one targeting those who will watch videos or click on links. “Facebook knows a lot about how people will behave,” says Matt Delman, head of indie digital marketing company 3rd Impression (3i).

The big takeaway for Cummings was the realization that he could connect with potential audiences and bypass traditional forms of gatekeeping. “Let’s say you’re having a hard time getting a Variety review. Now, you can just target people on Facebook who like Variety, and it’s the equivalent of getting press in Variety,” he explains. “By spending money on this or that platform, you’re able to hijack an outlet that wouldn’t let you have access without them having anything to do with it.”

Indeed, Facebook’s Ad Manager not only can identify who reads Variety, it also can get as specific as identifying “politically liberal” “foodies” who commute to work. WordStream, an online advertising site, breaks down all the myriad ways Facebook can target users. For instance, you can market to French- and English-speaking women, between the ages of 31 and 56, located in a 10-mile radius of Boston, who work either from home or from a small office in the retail production industry, who are “fit moms” and “green moms” of grade-school kids, plan to travel to Spain, and on and on. Old models are falling away: Say goodbye to four-quadrant movie marketing and hello to far more diverse groupings.

With the marketing campaign for Moonlight, for example, Operam focused exclusively—and separately—on three distinct campaigns, targeted at African Americans, the LGBT community and cineastes, each of which had their own specifically tailored messaging, which was also always evolving and being refined. Forget the consistent key art image: Online campaigns often employ so-called A/B testing—showing two versions of a campaign to different audiences and quickly pivoting to the more successful one—or going back to groups with additional material based on what has worked previously. This nimble method of marketing is especially useful for independent films, which may be more challenging to promote than a Marvel movie. As Metzger says, “You always have to optimize—if you see an anomaly [in the data], you need to address it and capitalize on it.”

Using the statistics that come out of one campaign, filmmakers and marketers can then build on it for the next one. If, for instance, Facebook identified people who watched 50% of a movie’s trailer, they can then create and build “look-alike audiences” in the millions based on the interest and behavior of those engaged people. Then, they target that new, larger look-alike group for the next campaign.

Geotargeting audiences—focusing on people in a specific area—can also be fairly efficient, according to 3i’s Delman. While working on the 2019 advocacy documentary Rigged: The Voter Suppression Playbook, Delman explains it wasn’t that difficult or expensive to alert people about public screenings, particularly “if you’re targeting a small city, and then you’re already starting with a small sample size.”

Delman has worked on a number of documentary campaigns and typically follows the same strategy—for costs as little as $10,000 to $20,000—by first identifying and isolating particular audience demographics for a film and putting them into different “buckets.” Then, he moves from “awareness” to “consideration” to call-to-action “conversion” campaigns around theatrical screenings and digital launches.

Efficient manipulation can also simply come down to a creative campaign and clever assets that are attention grabbing and sell the movie well—check out the Instagram feeds for The Last Black Man in San Francisco, Booksmart and Sorry to Bother You, for example.

According to a report published by Facebook Business, there are simple tricks of the trade for online video assets: “Include the title throughout, or at least in the first five seconds”; “prioritize close-ups over wide shots”; “use text overlay for all dialogue”; “build either for square (1:1) or vertical aspect ratio (9:16)” (this is a big one, with mobile a high priority); “use fast motion and quick cuts throughout” and “include a call-to-action.”

Controversy is also effective. “Embedding promotional material in a controversy helps conceal the more ordinary objective of making a memorable impression in the mind of the audience, not to mention driving engagement through shares, retweets,” says J. Reed, a lecturer in the department of English at the University of Wisconsin – Milwaukee who studies disinformation threats and has advised media companies on promotional campaigns and brand strategy. Reed points to the release of Joker. “I don’t think the Joker team created the controversy,” he says, “but the choices [the studio] did make, in terms of how they chose to respond with their official statements and engagement with the press, furthered the frequency and reach of those conversation points.”

Experts agree that such “organic” and “viral” elements around a pop culture product are hard to plan for and come by. Operam’s Metzger says “the weird viral stuff” can be orchestrated, but “it’s a larger and more expensive undertaking,” while Delman says it’s very difficult to have organic reach on the more tightly controlled platform of Facebook, whereas it’s more possible on Instagram.

But when it hits—like Pepe the Frog or Distracted Boyfriend memes—and when filmmakers and marketers are quick and savvy enough to harness it, the results can be breathtaking. Thunder Road’s Cummings spent $100 on ads on Reddit “before I realized it was bullshit,” he says. “[Reddit readers] don’t like ads. We posted the trailer a month before and nobody watched it.” But when Cummings posted a goofy photo of himself next to his film’s poster at a random screening in Raleigh, North Carolina, on Reddit (“I was wearing sandals, jeans, a mustache and looked half-drunk,” quips Cummings), the upvotes and comments began to fly. A Reddit user named “itsamberbitch” posted the comment, “This guy is like Tommy Wiseau without the awful acting,” to which Cummings replied, “This is going on the poster now.” Within minutes, another user created a mock-up of the poster with “itsamberbitch”’s pullquote, which spurred another round of upvotes and was seen more than 12,000 times. Cummings wrote on the thread, “I fucking love you, and I fucking love the internet.”

There is a darker side to online behavior, of course. Trolls and negative comments can just as easily attack and undermine a movie. Message boards such as Reddit, 4chan and, in particular, the more nefarious 8kun, can traffic copious amounts of racist, sexist and anti-Semitic chatter. It’s usually targeted at larger pop culture film properties, whether Star Wars or Marvel. Some independent actors (i.e., Sarah Silverman) can generate particular amounts of hate, which arguably can spread outward and influence more mainstream sites and popular opinion.

But Cummings, for one, is dedicated to harnessing the digital economy for good. “I’m never turning back,” says the filmmaker. “We have all this data now. We can specifically engage with the people who liked our movie, and we don’t need anybody anymore—and that’s an incredible feeling.”