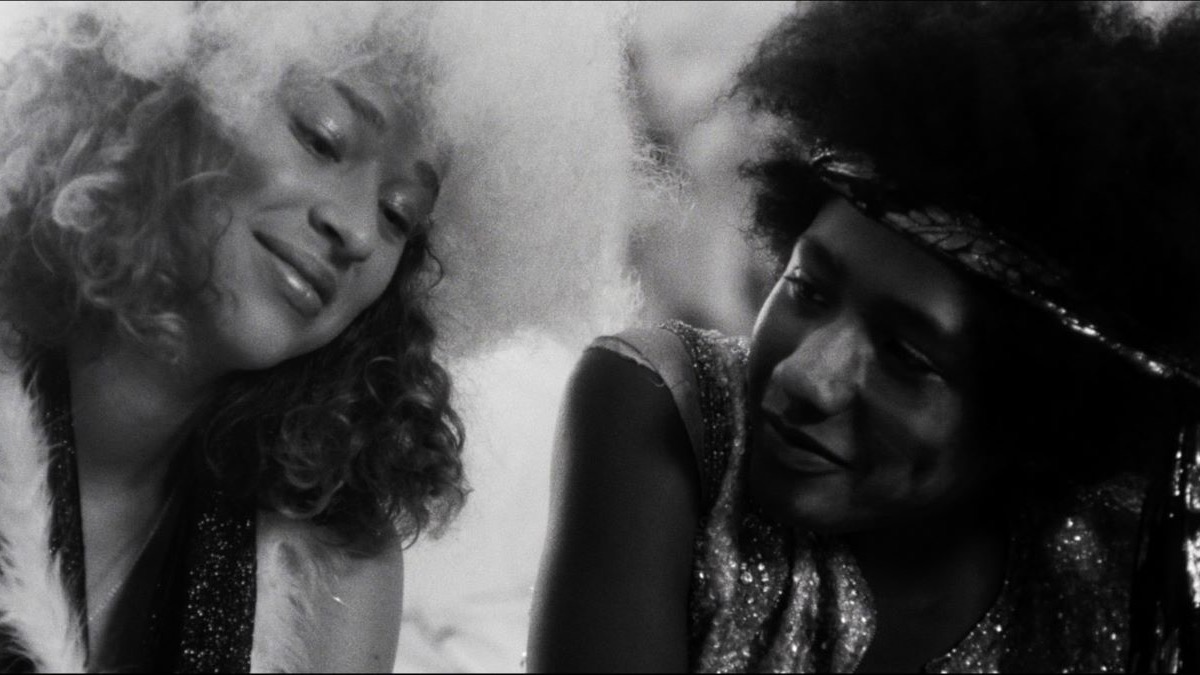 What’s the point of a film festival if there’s no … festival? That’s the existential question we’re all asking ourselves right now, as organizations scramble to offset cancellations and postponements of physical gatherings in the wake of the global COVID-19 outbreak. In a bid to at least offer filmmakers some exposure, the Tribeca Film Festival is among those fests that made a pivot to online screenings for press and industry, representing maybe a quarter of its feature programming (supplemented by work in shorts, episodic and other categories). The funny thing is, this is how I often have experienced Tribeca – from a laptop. Some years more exclusively so than others, aside from some parties and Q&As. Because of deadlines and the need to see a lot of films as expediently as possible, Vimeo links and online screening libraries are essential tools for critics and journalists. Usually, there’s also nothing quite so depressing as spending hours in a hotel room or a friend’s apartment staring at a screen when you could be basking in the projector’s reflected glow, but at this particular moment the opportunity is a welcome balm. I am the very definition of a captive audience.

There is some unintended ironic poetry in watching the POV documentary Socks on Fire amid a quarantine, since so much of this diaristic interrogation of an Alabama family, Southern womanhood and gay identity, and the bittersweet twists and tensions wrought by thickness of common blood and the passing of time revolves around a highly charged interior space. That would be the home of filmmaker Bo McGuire’s grandmother (‘Nanny,” in Southern parlance), whose death sets up, or rather extends, a family melodrama involving McGuire’s Uncle John, a “drag queen” in Hokes Bluff, Ala., an hour north of cosmopolitan Birmingham, and the homophobic aunt who wants to kick her sibling out of the home their mother had intended for him to occupy after she died – unfortunately, without a legal will.

In its first-person evocation of landscape and memory, the story calls to mind a touch of Ross McElwee (Sherman’s March, Bright Leaves), while the emotional patchwork of intense family disputes over property, under the shadow of a deceased matriarch (or patriarch), is as archetypal to the Southern experience as grandma’s handmade quilts, peach moonshine and the family secrets passed down as lore. “What do you do with what the dead leave behind?” McGuire asks, at the beginning of his film. “Do you fight for it or do you set it on fire?”

McGuire, who describes himself as “the queer son of a Waffle House cook and his third-shift waitress,” presides over the film like a thrift-shop dandy, camera in one hand and a lit cigarette in the other, as he offers leisurely testimony as to what’s at stake. Resourcefully, he mixes home movie flashbacks on old VHS tapes with reenactments cast with local actors and his own contemporary narration, granting the narrative a loamy textural richness that rewards patience with the film’s meandering rhythms.

Family ties also bind Alexandre Rockwell’s Sweet Thing, the second film (after 2013’s Little Feet) to feature the filmmaker’s children – Nico and Lana – as scarcely parented misadventurers, roaming the rough edges of an anonymous city, free spirits navigating the unruly landscape of childhood. As before, the black-and-white camerawork (executed this time by Lasse Tolbøll) captivates with visual lyricism and nimble flow. These kids are always on the move, and the film’s best moments also are its most elemental: the physical beauty and emotional grace of its stars, bustling through grungy streets and lakeside idylls, crimes and misdemeanors, heartbreaks and soul-shouts, with the kinetic clip of a nouvelle vague flashback. Drama is generated by the great Will Patton, as an alcoholic dad whose ultimately kind heart can’t dispel his demons, and Karyn Parsons (Rockwell’s wife) as the kids’ mother, whose domestic arrangement with an abusive bar owner proves even less ideal for her offspring.

The spirit of Billie Holiday also has some cameos, a comforting presence for her namesake, Lana’s Billie, whose vocal interludes lift the often grim circumstances the kids endure in a nod towards magic realism, while also conjuring the gorgeous Van Morrison ballad that inspires the title. The film, which bowed at February’s Berlinale and was slotted at Tribeca as a critic’s choice, has plenty more going on beneath its nostalgic surface, though it serves best as a reminder that cinema is alive and well and breathing all around us.

The genius of observing what’s right at hand is a zen for certain kinds of filmmakers. It animates Kokoloko, which finds Mexican writer-director Gerardo Naranjo (Miss Bala) getting back to handmade basics, charting a bizarre love triangle in a craggy oceanside village whose violent dynamic is under the erratic control of drug gangs and guerrilla fighters, and seeps into every corner of life. Shot on 16mm with some digital segments and a lot of handheld motion to go with the grainy stock and Academy ratio framing, the drama’s throwback vibe is a gas. What plays out is an unpredictable love story between a young woman (Alejandra Herrera), her domineering cousin-captor (Eduardo Mendizábal), and her older boyfriend (Noé Hernández) – not exactly a knight in shining armor – charged with vigorous, seemingly unsimulated sex and the existential stasis of characters who appear literally lost at sea.

Further north, the hero of Mike Ott’s episodic entry Unemployable is a 30-ish man-child who still lives at home with his mom in the Antelope Valley desert east of Valencia, a kind of nowhere flatland of fast-food joints and telephone poles dotting endless empty stretches of two-lane blacktop. Fans of Ott’s intimate character-driven fiction/non-fiction will instantly recognize Cory Zacharia, who has spent more than a decade in front of the filmmaker’s lens. Conceived as a pilot episode for a potential reality series, the half-hour Unemployable also plays as a sequel of sorts to California Dreams, a 2017 film that focused on Zacharia as an aspiring actor, chasing stardom alongside a cast of outsiders with similar ambitions and unlikely odds. Pedaling his bicycle en route to no place special, Zacharia gamely struggles to land and hold a job, catalyzed out of his doldrums by his mother’s decision to move to Missouri and the promise of a free tattoo sleeve if he can sustain employment for 30 days. The sparkling cinematography of Mike Gioulakis (Us, Under the Silver Lake) grants this perpetual odd-man-out the mythic glow of desert light. For all its slacker humor and stoner rationalizations, this glimpse into the far side of the American Dream isn’t without its deeper revelations. Life can suck, but sometimes there’s a free taco.