“There Was No Going Back”: IFP Talks Change, Innovation, Circumstances and the 2020 IFP Week 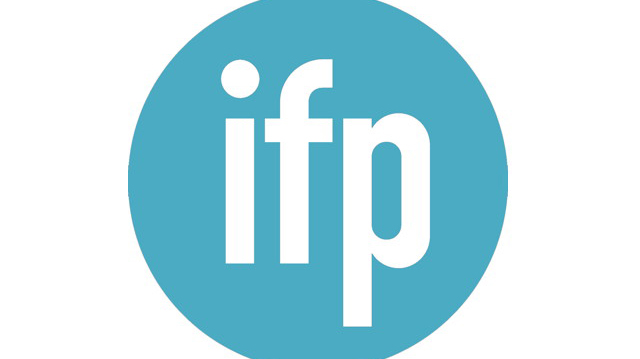 “Once we said, ‘We’re doing this’, there was no going back,” stated IFP Executive Director Jeffrey Sharp earlier this week, remembering the moment this past March when he and the organization decided that the 42nd edition of IFP Week would go virtual. IFP Week, which began today, was among the first of the Fall film industry events to definitively move online, and it was a risk. “No one knew anything at that moment,” said Sharp about the progression of the pandemic and its impact on the industry. “But it was our board that really encouraged us to move quickly and definitively.” The decision was solidified when IFP’s sponsors agreed to return to the reconfigured event. “We told them, ‘We need you more than ever,’ and they’re pretty much back at full force.’”

The result, five months later, is an IFP Week that continues the networking and programming activities the event is known for even as it expands into new areas. (Disclosure: IFP is Filmmaker‘s publisher.) The Project Forum, which connects independent film, series and audio projects with buyers, producers and distributors, has moved its meetings from tables in DUMBO to Zoom this year. Joining the No Borders Coproduction Market and the Spotlight on Documentaries within the Project Forum is the debuting Audio Hub, which presents 36 audio projects, “ranging from traditional podcast series to audio plays and chatcasts,” to the industry.

IFP Week’s public programming consists of panels, workshops and networking opportunities. It kicked off this morning with a conversation led by journalist, author and philanthropist Soledad O’Brien (an IFP board member), documentarians Dawn Porter, Garrett Bradley and Ursula Liang, and Throughline co-host and producer Rund Abdelfatah that spoke to the relationship between independent film and political engagement and activism.

While IFP was one of the first organizations to shift its programming to virtual for the Fall, its planning was aided by the experience of organizations whose events fell earlier in the calendar, said Charlotte Reekers, IFP’s Senior Program Manager, Nonfiction. She stated the team learned from events like March’s CPH:DOX and June’s Sheffield Doc Fest. “The doc markets are all sharing their ways of doing these meetings in the Zooms,” she said, noting that IFP will in turn be sharing information from its event with the upcoming 2020 edition of IDFA.

Does this learning encompass ways to battle “Zoom fatigue,” which, five months in, we’re all experiencing? “I feel like we’re not necessarily doing much to combat ‘Zoom fatigue,’” said IFP Director of Narrative Programming Zach Mandinach about the meetings taking place in the Project Forum. “We’re probably leaning heavily into it! Each meeting day is actually longer than it has been in years past,” he explained, noting that the 10-hour day — 9:00 PM – 7:00 PM — has to accommodate attendees now zooming in from multiple time zones. The Project Forum has also been extended a day, from four days to five, and additional activities will take place next week. “In recent years the Project Forum had become so compact, and this year we are just giving ourselves the opportunity to play around with time,” he said. “And we’re allowing more room in each day so we’re not cramming things.”

With IFP’s Spring deadlines, the IFP staffers I spoke to said, for the most part, that it was too early to see the coronavirus pandemic appear as subject matter in the submitted projects. But, of course, the moment we’re living through impacts all of the projects here, regardless of subject matter. Said Gabriele Capolino, Senior Manager and Producer, International and Episodic, “I have a few projects whose development, or even production, has been affected by COVID in serious ways. Three projects who were about to shoot their proofs of concept had their shoots cancelled. One of them, based in Canada, was able to shoot last week safely, though, with all the protocols in place. And we have projects from Brazil, and we all know what the situation there is with public funding and the government.”

That said, despite all the current adversity, Sharp noted that the 2020 Project Forum saw its highest-number of submissions in years. Mandinach said that he moved the U.S. feature deadline up in the calendar, and 80% of the submissions came in the final week. “People were at home, and they had a script they had been needling on” and were compelled to apply, he said. Concurred Milton Tabbot, Senior Director, Programming, whose documentary deadline was later, “More people were hungry by the end of May to get out, to meet people and talk about their projects. And people had had more creative development time.”

The one division of the Project Forum whose projects are easily adaptable to this moment is the Audio Hub. Said Audio Hub Project Manager Alexandra Blair, “Audio has been a major benefactor of this moment. I have projects that we’ve chosen this year from prominent filmmakers and documentarians and even Broadway folks and theater folks who have pivoted to audio to engage with their audiences in new ways.”

Today’s opening day of IFP Week’s public programming has been crafted to make a statement about the industry now, said Kia Brooks, IFP’s Deputy Director, as well as the ways filmmakers are interacting with the broader world. “You mentioned the crossover between filmmakers and activism,” Brooks, who headed up the public programming, said, “and that’s a throughline throughout the week. In thinking about the program, it was important to be able to talk about the world we’re living in in some way. We’ve actually seen this [desire] year-round in the audience for IFP’s programming. Our audience — filmmakers and creators — have been coming to us saying, ‘I have this idea for a project, I’m capturing the moments that are happening in my world right now. What’s the best format to do that?’ And that’s why we’re starting the day with this panel talking to Dawn [Porter], who has obviously done feature films, and Garrett [Bradley], who has done features as well as shorts and gallery work.”

Continuing, Brooks said, “It’s also really important to look at how the industry has been affected by COVID but also Black Lives Matter. And about how other parts of our lives are impacted on a day-to-day basis. We’re trying to look at this as much as we can from a positive angle instead of ‘doom and gloom.’ That’s why there’s a panel on how theaters are looking at what’s happening to the theatrical experience and finding ways to recreate that communal experience online. The festival panel will look at how programmers and filmmakers can work together to envision the future of the festival world.

Finally, Brooks noted the diversity throughout IFP Week programming. “Women, people of color, filmmakers with disabilities — it’s important that the [programing reflect] the gamut of who filmmakers are today.” Brooks cites as well the opening panel on the event’s fiction day, “An Independent Black Filmmaker’s Story: The Journey to Reach Audiences” — featuring Huriyyah Muhammad (Farewell Amor), Phillip Youmans (Burning Cane), and Channing Godfrey Peoples and Neil Creque Williams (Miss Juneteenth) — as an important one addressing the imperative to connect stories about distinct communities with those communities rather than generic conceptions of arthouse audiences.

“I also just want to say as much as possible that this was a collective effort for the public programming,” Brooks added, noting that in the past IFP has brought in seasonal programmers to build the Film Week Program. “This really is very much an IFP staff production, and I’m grateful to everyone here.”

With this 42nd edition of IFP Week, the event joins a cadre of annual live events reconfiguring themselves for this moment rather than canceling and just taking a break for a year. There’s always an institutional imperative to simply persist, but it’s perhaps when the industry is at its most frayed that these non-profit organizations serve their deepest purpose. Said Mandinach, “Regardless of the calamitous things happening with the industry at large, we all felt in our early conversations that it was imperative for us to have this event and to really lean in. There is always this [question] about how much programming are we doing for the industry — bringing [projects] to them on a kind of a silver platter. I tend to go against that and feel like one of the event’s core purposes is to hold the industry accountable because I think it’s very easy, especially in these times when there are not physical gatherings for the industry, for them to turn their backs on these smaller kind of independent films. So, this event is to force [industry and filmmakers] into the same room — and if not in the same room then the same Zoom room!”

Added Reekers, “It’s an insecure time for everyone. A lot of distributors, sales agents and filmmakers don’t know what they are going to do, what their business models are going to be. So I hope there’s going to be time [for them] in their meetings to just share ideas about where we are with our industry. I think that’s the reason, maybe, that so many industry are attending this year.”

Concludes Sharp, “There was a risk that a whole crop of filmmakers, a whole generation, would have been potentially left behind if we just took a year off. Just because COVID hit doesn’t mean that new artists aren’t being brought into the fold every day, and that imperative drove us. And what I love about Alexandra’s [programming] and the Audio Hub is that it brings us truly full circle for this event. Forty-two years into Film Week we are still building out on the original vision of Sandra Schulberg and the event’s founders — creating a marketplace for new ideas and new voices. That fact that the event can embrace a whole new industry — absorb it and integrate it and make it feel like it’s been part of IFP Week for much longer than it’s been — is thrilling. Whatever this vessel is, it’s indestructible, and it continues to move forward in ways that I think certainly amaze all of us.”