“We Actually Respond, as Human Beings, to Nuance”: IFP Week 2020 Filmmakers on the Independence in the Time of Pandemic 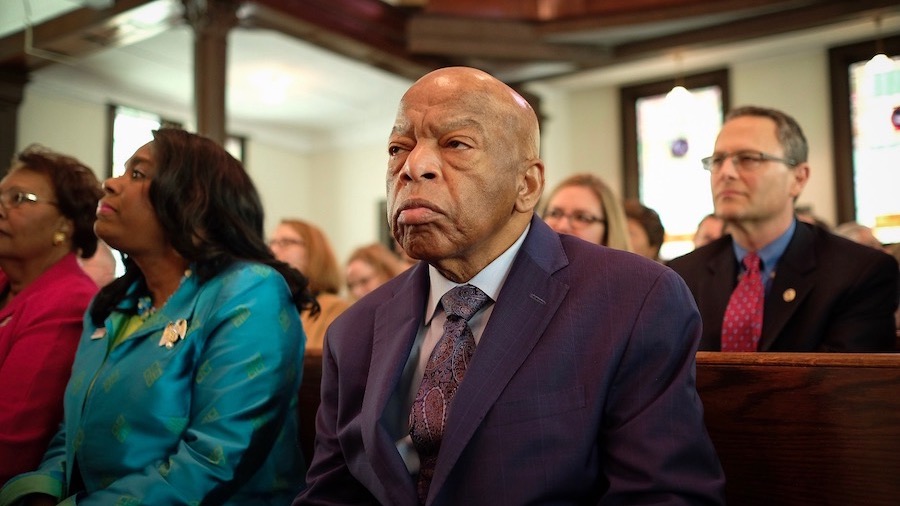 Going independent is a double-edged sword. On one hand, you have the freedom to do what you want, unencumbered by restrictive bosses. On the other, you lack the support system that comes with working for others. The three filmmakers who participated in the IFP Week 2020 panel “Blurring the Lines of Storytelling: How Do I Get My Story Out,” moderated by journalist, author and philanthropist Soledad O’Brien, know that all too well. They’re all independent, free agents who may team up with a corporate monolith now and then but make their own paths.

Before she went indie, Ursula Liang, a director and producer whose documentary Down a Dark Stairwell played this year’s True/False, had a cushy job. She worked at ESPN, making short documentaries about sports. She found it limiting. “The frustration of not having enough power is what drove me forward,” Liang said. Her first feature post-ESPN, 2014’s 9-Man, was about a tiny streetball tournament in NYC’s Chinatown. “That was not a story I would have been able to tell with my levels of experience and power within that organization. Knowing the stories I wanted to tell and not seeing them valued in the same way by these large corporations really motivated me personally.” There is a benefit to working for a big company: You get to hone your skills. “I was learning on the job. Those things were invaluable.”

But not everyone is lucky enough to land a swanky corporate gig. Dawn Porter is doing well now; she directed two major docs released this year: John Lewis: Good Trouble and The Way I See It, about former White House photographer Pete Souza. But she had to fight for that success. “The reason I’m an independent filmmaker is that no one at ABC News would hire me to be a storyteller. So you just have to do it by yourself,” Porter explained. She said it “was no accident” that all three independent panelists — the other being director and producer Garrett Bradley” — were women of color. “It’s so often that there are no spaces for us.”

Being independent often requires patience. “I definitely don’t recommend doing it the way I do it,” Liang said, saying she has to wait for things like funding and finding the right collaborators. “I know, for me, it’s going to take a long time to raise the money, that I’ll have to work on it for several years. If you take on a commission project, you can finish your project within a year or two. The way I do it takes much longer.”

Then there’s distribution. Garrett Bradley’s new doc Time, which follows a woman fighting to free her incarcerated husband, was picked up at Amazon thanks to producer Ted Hope, but she knew she had to work closely with the company to ensure they distributed it in a way she liked. “From the very beginning, the conversation was, ‘I am a Black woman, this is a Black film, this is an American film but also a Black film,’” Bradley said. “My voice as a filmmaker has to be an integral part of how the film comes out. That’s been interesting finding that balance between our perception of what’s universal, what’s marketable, and also understanding the reality of us being nuanced human beings. We actually respond, as human beings, to nuance. We had to find a way to make sure those things aren’t lost in the process.”

When you work for yourself, you’re also a boss. Liang recommends making sure every collaboration — from co-conspirators to crew — is represented by some form of documentation. “You should really formalize relationships right away,” Liang said. “Whether or not you have the money to pay people in full, you should have stuff on paper. Because even with friends, things get complicated.” Liang knows that sometimes you can’t pay people right away — that you may have to wait for more money to come in, for the budget to be finalized. In that case you should officially plan out what’s called “deferred compensation.” “It’s not the full amount, but when I raise the budget I’m going to make it up. Pay some real hard cast now, then defer the payment to when we make up the budget. That gives some kind of ownership to the project.”

And don’t forget to pay yourself, advised Bradley. “Under no circumstances should you work for free or ask people to work for free,” she said. Even if you’re your own boss, you’re also your own employee, and you need to earn a living.

“I’m a big proponent of being able to eat and pay your bills,” Porter said. When she made the decision to go independent, she didn’t do it right away. “I was not in a position to give up my steady income. So I did it in stages.” First she went part-time, focusing her energy on developing contracts and getting grants. Even when she got a large grant, it wasn’t the size of her previous income, but it was enough that she felt she was honoring her husband and family. Eventually she was able to pursue filmmaking full-time. “I’m happy to say that within a few years I was back to making what I was initially making.” And don’t forget health insurance. Porter was lucky to be insured through her husband, but she recommends seeking out other options if you’re an indie filmmaker without such means. “the thing you don’t want to do is leave yourself without options. Then you won’t be able to pursue your art or pay your bills. That is not a good place to be.”

Sometimes Liang worries that there simply isn’t enough money to make her story into a movie. That’s when she considers an alternative medium. “Every time I think about how much money I have to suffer without or would have to raise to make a film, I think, ‘Oh my god, podcasting would be so much easier,” Liang said. “I already have a Zoom, I could go out and do it, and it would be so much cheaper to do a podcast.” But her last two features have been about the Asian-American community. “That’s a community that doesn’t have a lot of representation onscreen. Our community in particular is fighting against monolithic stereotypes and perpetual immigrant status. It’s really important for this community to have screentime, to unpack some of those ideas and stereotypes with faces. They’ll benefit from being able to see faces, to hear voices with regional American accents, to see different body types. There’s so little representation that every little bit helps.”

There’s also a super-sized elephant in the room, especially noticeable because IFP Week 2020 panels are all being done remotely, over Zoom: The pandemic has completely changed how filmmaking is done. But even though people meet IRL or schmooze in rooms, that doesn’t mean networking has to end. Indeed, IFP Week Zoom panels have chat rooms, where participants can meet and greet and share info. “In this Zoom age you can become a kind of chat whore,” Liang said. “There are 100 people on this call right now and everyone can connect over chat.” She says she was on another panel a few days before where she screengrabbed an interesting project a stranger was working on, planning to follow up to see how it was progressing. There are always ways to get your story out there, even now. “Jump in there and communicate with each other in any way you can in this weird time.”