Martin Eden and the Perils of Viewing from Home 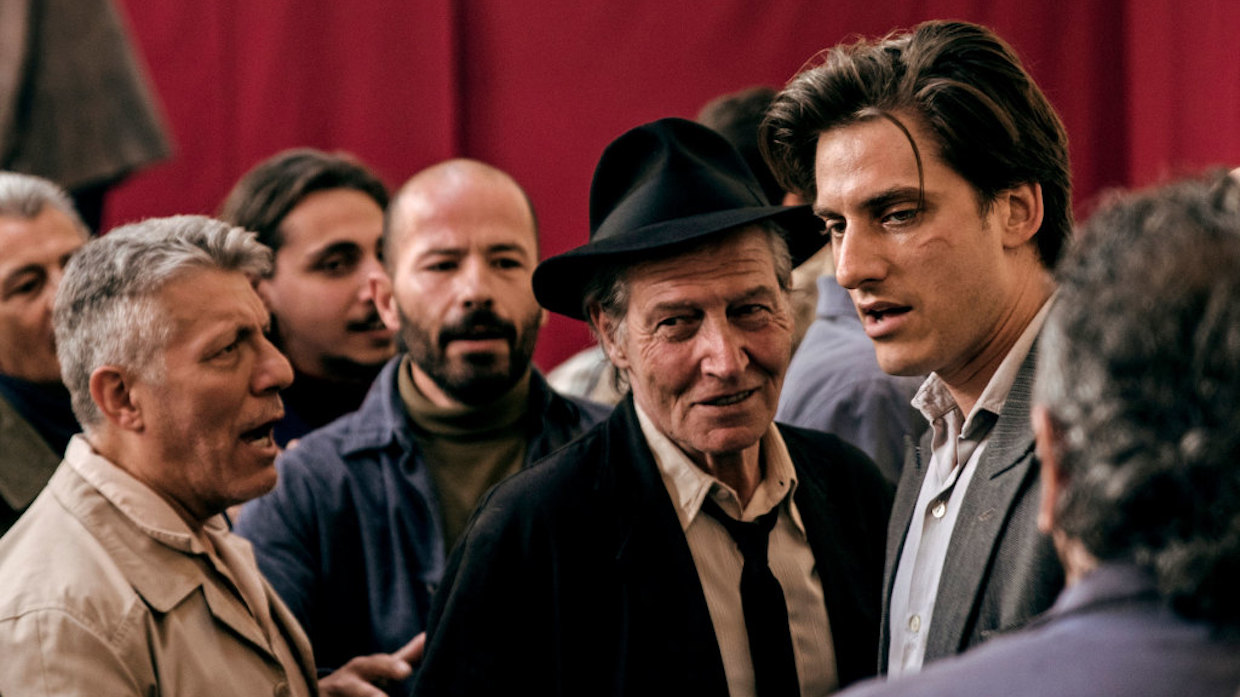 In a normal year – one not defined by a global pandemic or its protracted, deeply politicized response – I would have seen Pietro Marcello’s Martin Eden in a theater. Here in New York, options would have abounded: BAM, the Angelika, Lincoln Center. Instead I took the advice of critics like Bilge Ebiri to “see it any way you can,” which in my case meant an HDMI setup to my TV.

As we limp toward the end of 2020, it seems every week brings another harbinger of doom for the theatrical experience. HBO Max announced that major 2021 titles will stream on its service in tandem with their theatrical releases, while Disney+ has unveiled a project slate tantamount to “50 reasons to never leave your house again.” Watching big-ticket new work at home, it appears, is an adjustment we must all learn to make.

Which is why I’m writing to admit I’m off to a rough start. What follows is a list of interruptions, most self-inflicted, during my viewing of Martin Eden:

Why am I telling on myself? I do so as an object lesson on the perils of at-home viewing. With Martin Eden, my half-assed watch allowed me to miss the most interesting thing about the film: its amorphous relationship to time. The film never states when it takes place, nor does it reference any real-life events to which we can tether the story. Its unspoken elements – costume and set design, diegetic music – suggest anywhere between the 1920s to the 1980s. The film glides between historical signifiers, which destabilizes viewers and should compel us to consider the totality of 20th century European history as we follow the story of this one man.

In my distracted state, however, I found this Brechtian device nothing more than a mild irritant. I wondered (preposterously, of course) if a reel somehow got switched in my streaming link. The film I saw had little more on its mind than its fast pace, pop soundtrack, and postcard-ready imagery. I watched it superficially, and so only its most superficial elements resonated. Its most audacious trick, by design, plays in the background, and becomes all too easy to dismiss in a state of half-attention. The film’s rave reviews, from writers like J. Hoberman and Manohla Dargis, all stress this temporal dissonance as the key to unlocking it. Pietro Marcello has made a film that argues – wordlessly, in purely cinematic terms – that men like Martin Eden are to blame for the political maelstroms of the past century.

This conceit, it must be said, isn’t even very subtle. I admit to overlooking it with a mix of alarm and embarrassment.

Visual storytelling of this sort sings within the sensory deprivation tank of the cinema. Christian Petzold employed a similar device in the 2018 film Transit, which I saw in a theater, and where its ambiguous timeline was much easier to detect and imbue with meaning. Despite both films playing a nearly identical game, I didn’t recall Transit once during Martin Eden. At home, my focus veers toward the literal: dialogue, plot, setting, visual beauty. The many clues toward temporal trickery in Martin Eden registered simply as bum notes. I noticed them the way I might notice a bad cut; something felt “off.” Its subtextual layer distracted from the narrative, which I assumed was the film’s only preoccupation. I approached Martin Eden as a straightforward bildungsroman – as a piece of well-made “content” designed to wash over you – and assumed it had nothing more to say. Perhaps I’m more willing to have such presumptions challenged in a theater than in my own living room.

This is what makes Martin Eden such a fascinating case study in home vs. theatrical viewing: When viewed in multitask mode, the film really has little to offer. Its surface-level pleasures evaporate after its first act (that is, unless you enjoy watching men shout about libertarianism). What richness there is lies in the unspoken, in the precise zone where a buzzing cell phone or a package delivery might break your concentration. I can’t say with certainty if Martin Eden would have burrowed deeper into my psyche – would have “hit different,” as they say – in a theater. What seems clear, though, is that films like it benefit from active, undivided attention, which is something many of us seem unable to give at home. Accustomed to comfort viewing in the quarantine era, my brain has not yet adapted to this new normal, where serious new work debuts in my living room. As we approach 2021, we must all learn to bring that rigorous, theater-going mindset into the home, where there’s no one to shush us for our bad behavior.