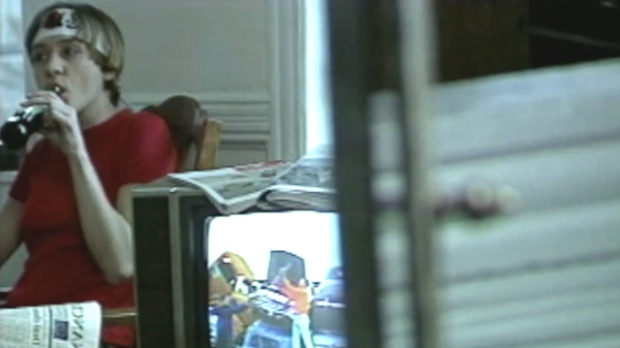 A sophisticated discussion of videogames and violence is contained in Adi Robertson’s “Death is Dead: How Modern Videogame Designers Killed Danger” at the Verge. The article quotes David Cage, whose Beyond: Two Souls is premiering at the Tribeca Film Festival this year, proclaiming, “If the character doesn’t hold a gun, designers don’t even know what to do.” That leads to a discussion about the relationship of death to videogame narrative:

But unlike Cage, most of the writers giving talks at GDC don’t come into a game with complete control. They’re brought on to help make shooters and platformers, or draw people to a new console, or engage people in a social title. We’ve spent years talking about whether games can be art, but the Narrative Summit mostly highlights craft: the tricks and tools that draw players into a story without resorting to cliché. And among those tools, one of the most devalued is death.

Nobody at GDC seems quite sure where to go with game narrative, though plenty of the speakers — including luminary Warren Spector — agree it’s in a bad state right now. But a recurring theme is how much writers struggle to craft meaningful stories in worlds where death is so common as to become unremarkable.

Another great gaming link: at Polygon, Michael McWhertor profiles game designer Jason Rohrer, who has designed a game meant to be played 2,000 years from now. It is currently buried somewhere in the Nevada desert.

And speaking of conflict in narrative, such a discussion led to an Annie Hall-moment for Ted Hope.

“A Zuckerberg Always Pays His Debts: Your Game of Thrones Guide to Tech Companies” is David Holmes’ comparison of modern day Silicon Valley to the families in the HBO series. Here’s why Apple’s Tim Cook is like Stanis Baratheon:

When Tim Cook, successor to the throne of Steve Jobs, gave his first TV interview as Apple CEO in Grand Central Station, hardly anyone noticed him. Obviously, a recognizable face and a dose of charisma is hardly a prerequisite for being a good CEO. But the iconography of Steve Jobs was so tied to Apple’s identity, many felt that when Jobs died, a little piece of Apple died with him.

This no-win situation for Cook is echoed perfectly in “Thrones.” After the death of the popular, charismatic Robert Baratheon, nobody could muster much excitement for his brother Stannis, nevermind that he was the rightful heir to his throne. Icons simply aren’t replaceable. So as Stannis suffered repeated indignities by those who would deny him the throne, Cook faced his own revolt from lordlings (read: shareholders). Then there was Apple’s disastrous Maps launch (the tech industry’s equivalent to Stannis’ epic military failure at the Battle of Blackwater Bay), and the company’s plummeting share price.

Speaking of Game of Thrones, Andrew Sullivan uses it to intro a discussion of why the great movie sex scene is headed for extinction.

At Hank’s Tumblr, some conclusions drawn from YouTube’s funding of web series:

The L.A. Times, though, writes about web series in the context of professionally-produced projects from Amazon:

Location filming for Web-based productions generated 1,633 production days in Los Angeles last year, up 46% over 2011. Web-based media now accounts for about 10% of all television production activity, according to FilmL.A. Inc., the nonprofit group that handles permits for the city and the county.

These digital productions have evolved from short episodes to full-length television productions like “Betas,” which have crew sizes and budgets that are in some cases comparable to conventional television shows’.

“These are first-class TV productions,” Amazon Studios Director Roy Price said. “The whole concept of a Web series is going to fade away.”

There’s a new round of articles this week about the fascinating alternative currency, Bitcoin, which has weathered valuation crashes and now seems to be in the process of being taken seriously again. Here’s Paul Ford in Business Week:

It’s not pegged to anything, and there are no regulations. It’s a supercomputer-size chore to counterfeit. The key thing to understand is that there’s no bank, no Federal Reserve, in the middle. It’s not unlike an exchange-traded fund (for example, FORX, from Pimco)—a mix of non-U.S. currencies—designed as a hedge against the dollar. Bitcoin is a hedge against the entire global currency system. And no exchange is needed, unless you want to convert your Bitcoin into an actual hard currency.

Bitcoin is no more arbitrary than derivatives or credit default swaps. Given that regular folks, if they’re nerdy and interested in Bitcoins, can use the currency for all manner of things, including illegal things, it’s arguably a far less arbitrary instrument.

Maybe Bitcoin’s devotees are right, and it’s the currency of the future. Or perhaps it’s a ridiculous joke—a speculative, hilarious enterprise taken to its most insane conclusion. Given that the founder is nowhere to be found, it feels like a hoax, a parody of the global economy. That the technology used to implement it has, so far, shown itself to be impeccable and completely functional, and that it’s actually being exchanged, just makes it a better joke. The truth is, it doesn’t much matter if it’s a joke or not. It works.

Meanwhile, there is speculation that citizens in companies with imperiled banking sectors like Cyprus may begin to turn to the virtual currency.

Shot as an original video campaign for X-Girl, the preppy downtown fashion line and one of the many collaborative projects conceived by Sonic Youth’s Kim Gordon, the video was “supposed to be like Godard,” explains Sevigny, who starred as the Jean Seberg-inspired protagonist alongside Budapest-born artist Rita Ackermann. “I was hanging out with her all the time and making videos with Bernadette Corporation and all those people; it was all up in the mix.” The tongue-in-cheek script co-penned by Morrison is a loose, sharp-witted rumination on fame, gender roles and the art and music scene of mid-90s New York.

CB: Do you think the New York of downtown in the 90s is gone now? When you walk around are you aware of the changes?

CS: I guess it felt more like a community, more like a village. Even walking down Lafayette Street, there wasn’t all the shops and stuff like that. There were only a couple of little spots where you could see people but that was just my scene. I hung out at X-Large everyday.

CB: What do you miss most about those days?

CS: I guess I miss that sense that something could happen, and I don’t think that was just to do with the age that I was. I think there was more danger—not that I want that anymore but it was more palpable and more exciting. Even something as little as people smoking in a club. There’s a different feeling in the room. It’s as simple as that. That’s what I loved about [Sevigny’s older brother] Paul’s clubs, always. There was this sense that anything could happen. It was kind of wild again at the Beatrice Inn. Not that many people can capture that feeling of recklessness. I miss the big nightclubs, Times Square, the street walkers.

Last Fall I wrote about a New York independent film hackathon. Film Independent just did another, and here’s the video. Ondi Timoner was a judge.