Bebia, à mon seul désir, The Year Before the War and Friends and Strangers: The 2021 International Film Festival Rotterdam 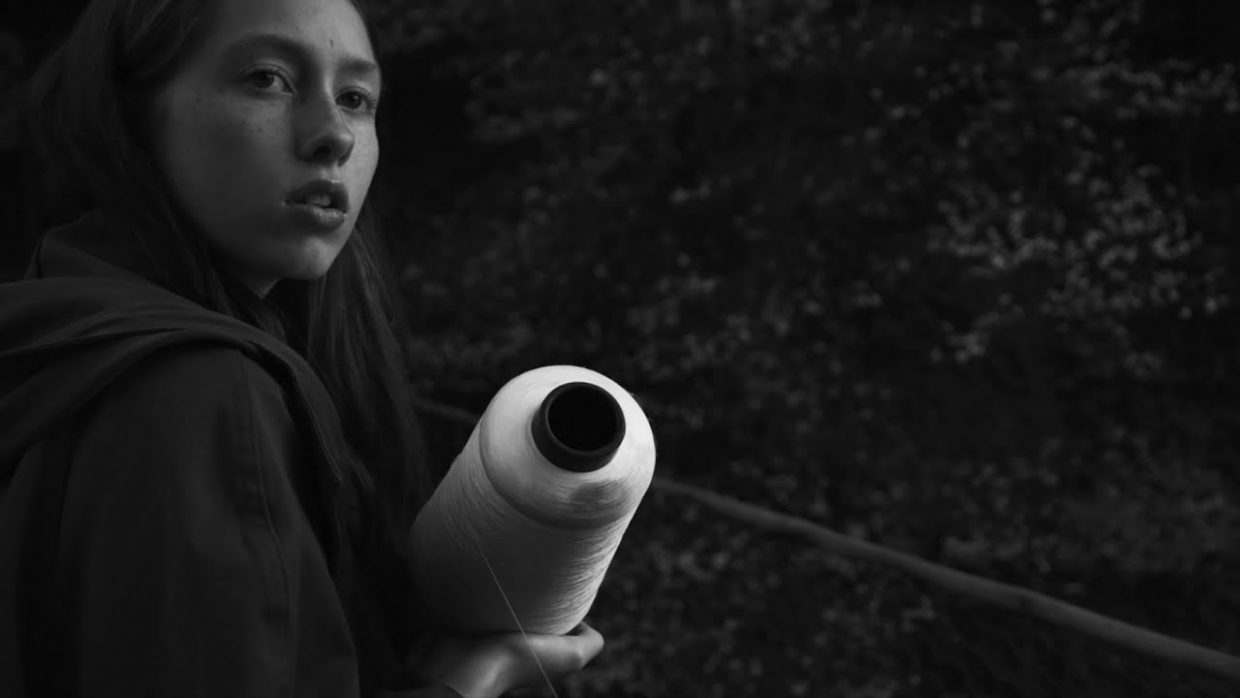 Chiaroscuro is as good as a drug in Bebia, à mon seul désir, the striking debut feature from Russian-born, London-based writer-director Juja Dobrachkous, which premiered at the International Film Festival Rotterdam (IFFR) last week, in the Tiger competition.

The impressionistic drama feels as if conjured out of smoke, dead leaves and rain clouds. Perhaps more to the point, its camera relishes the contrast between the pale skin of teenage model Ariadna (Anastasia Davidson), strutting the catwalk in London, and the Stygian hue of the mourning dresses worn by the women who loudly lament before her grandmother’s casket, back in rural Georgia – a place from which Ariadna appears to have made a welcome escape and to which she reluctantly returns, summoned upon her bebia’s death.

The exceptional hand-held camerawork of cinematographer Veronica Solovyeva boasts a slithery mobility that sneaks up on the very small details while hinting at deep weirdnesses in the bigger picture. Ariadna’s wariness, or perhaps it’s as much adolescent boredom, at being in the situation demonstrates a lasting tension with her extended family and the rather baroque mandates of tradition. While illuminating the literal and figurative ties that bind, the film presents its protagonist as something of an emotional orphan, doing the obligatory despite a distant relationship with her mother and the now-deceased matriarch.

Flashbacks to Ariadna’s childhood, with a younger actress (Anushka Andronikashvili), fill in some blanks, although like much of the story have a murkiness that had me playing either/or: Is this simply about visual poetry or is there something here that’s meant to be relevant in the grander scheme? In keeping with the film’s distinctively crafted look, there’s a degree of obscurity that feels a step beyond mere ambiguity, but before it troubles the mind too much there’s another compelling image to ponder. One sequence in particular stands out. A classroom with the teacher and another girl in focus, and in the background, peering through a window in the door, the young Aridadna, an outsider. The next shot takes her point of view, and holds just long enough for the eye to register some graffiti on a wall and notice a fly crawling on the glass. It appears only to have one wing. The next shot is Ariadna walking down the hallway, far from the lens.

A perspective comes into view during the film’s central event. Ariadna’s name is derived from Greek mythology, in which her namesake gifts the ball of twine to heroic Theseus, which he uses to find his way out of the Labyrinth after he kills the Minotaur. A parallel mythology that prevails over Georgia funereal practice dictates that the youngest blood relative must unwind a string from the place where the deceased died to where they now lay at rest, so their soul won’t be stranded for the rest of eternity. For this contemporary Ariadna, that means an overnight hike through the woods from the city hospital where grandma died unspooling miles of thread, accompanied by Temo (Alexander Glurjidze), a young family friend. There is mystery to the odyssey, an anxiousness pending some unforeseen event sure to offer thematic resonance, or a plot turn, but Ariadna returns to her grandmother’s house without life-altering consequence. If not without incident. The film’s mood, however, is consequential, whether veering into dark humor – the matronly mourners are so excessive in their wailing that they are loudly excused for a break – or lyrically navigating pathos and loss, as in a scene near the end, accompanied by some piano jazz vocalizing and swaying bodies, as Ariadna receives confirmation of her taciturn mother’s mental decline. No one can blame Ariadna for her eagerness to get back to another life.

A monochrome palette is exploited to even more consciously arty effect in The Year Before the War, a mock-historical fantasia directed by Dāvis Sīmanis that often feels like Guy Maddin-lite, tracing peripatetic criss-crossings about 1913 Europe that intersect with fateful moments in a revolutionary time. The Latvian drama tracks its catalytic central character, played by Petr Buchta, the Everyman whose presence on the scene anticipates all manner of violent turning points of the still relatively new century, through his encounters with everyone from Vladimir Lenin to Sigmund Freud, onto a fatal (for her) affair with Mata Hari. The fanciful, surreal, Zelig-like effect imposes a certain levity on dire, world-changing carnage, glimpsed through a prism of silent-cinema signifiers.

If Seinfeld was “about nothing,” then the Australian Tiger contender Friends and Strangers may be about less than nothing, a restless shamble through the quotidian void of contemporary life among characters who don’t seem to have to do anything much yet struggle with doing it anyway. Primarily, that means Ray (Fergus Wilson), a lanky twentysomething who wanders through a triptych of scenarios, each an extended display of his ineffectual nature: whether awkwardly trying to court his friend Alice (Emma Diaz) on a beachside camping trip, or work a videographer gig at a wedding. Nothing goes right, and the wrongness sets up eccentric character encounters and dry, witty dialogue, often framed from a distance or an odd angle. Not only does this take in more of the admittedly picturesque, sun-drenched landscape, but gives writer-director James Vaughan a bit of an anthropological perspective on his bourgeois slice-of-life. Fans of minimalist social studies will enjoy lingering. Possessed of a more catastrophic form of haplessness and self-absorption, the title character of the Norwegian feature Gritt is a would-be actress/performance artist who aspires to create a transformational art piece called The White Inflammation, a sprawling public happening with epic social and political implications. Pretentious as it may sound, she may be onto something, but Gritt (a brilliant performance by Birgitte Larsen, whose manner may remind some viewers of the late, great UK actress Katrin Cartlidge) is a master of elevating self-sabotage to its own art form. Unable to pull anything together, she attaches herself to the Oslo avant-garde/non-profit cultural scene like a barnacle, buoying her image with grandiose overstatement that seems equal parts desperation and delusion. Writer-director Itonje Søimer Guttormsen, who previously collaborated with Larsen on a short film that introduced the character, pulls off the tricky tonal game of placing an unabashedly annoying protagonist in almost every frame, while tugging audience sympathies left and right, meanwhile spoofing the creative subculture that offers her an unsteady harbor. Smashing teamwork.