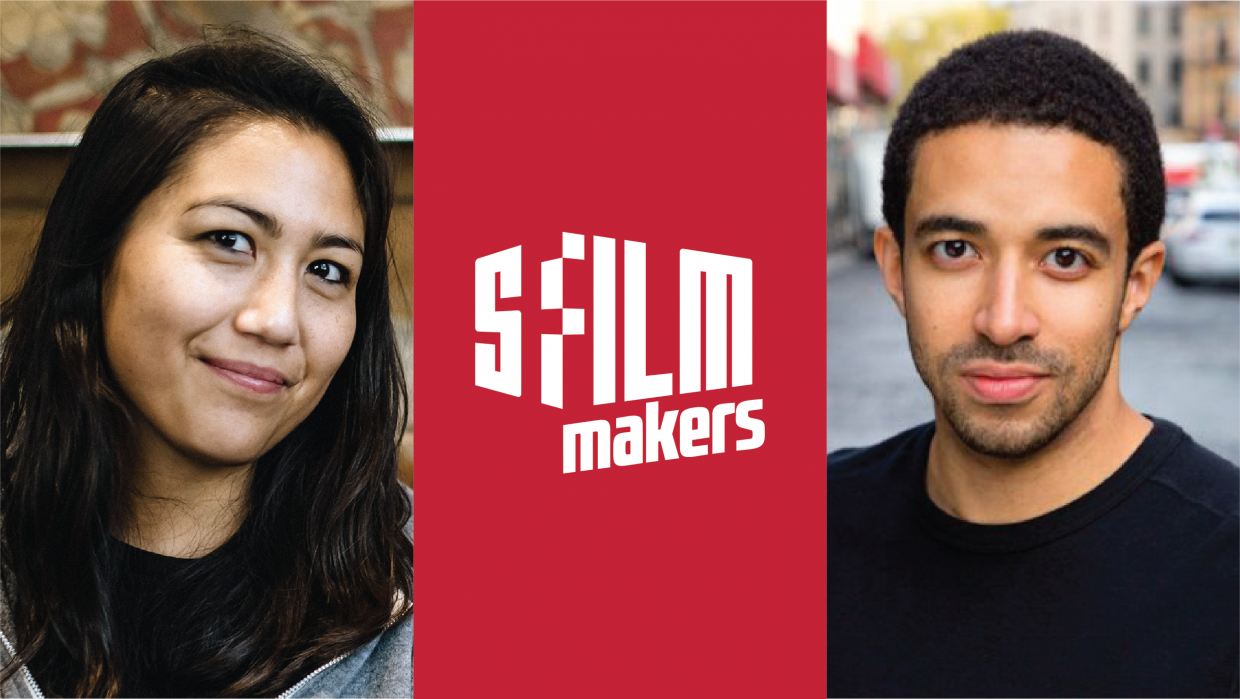 SFFILM in partnership with Dolby Institute announced today the two films and filmmakers who will receive 2021 Dolby Institute Fellowships. Kobi Libii, known for his work on Comedy Central’s The Opposition with Jordan Klepper, and Beth de Araújo, a 2017 Filmmaker 25 New Face, will receive creative and industry guidance as well as a cash grant enabling them to work with a sound designer at the screenwriting stage — something that’s near unheard of in independent film. “Fellows also gain post-production support, with comprehensive sound design, a Dolby Atmos mix, and Dolby Vision color correction and mastering support,” reports SFFILM in a press release.

“We’re excited to support Beth de Araújo’s and Kobi Libii’s films, which use sound and image in very distinct ways,” said Dolby Institute Director, Glenn Kiser. “The American Society of Magical Negroes will use sound to transport the audience to a fantastical, magical world, while Josephine uses sound design to illuminate the experience and inner life of a troubled young girl. We’re proud to work with both of these amazing filmmakers to bring their visions to the screen.”

“We are honored to partner with the Dolby Institute to support these two daring and wonderful films through a program focused on the thoughtful development of sound and image at every stage of the creative process,” said Lauren McBride, Director of Artist Development at SFFILM. “Kobi and Beth are telling powerful stories from unique perspectives, and sound is a crucial tool in each of their storytelling arsenals. We can’t wait to see these films and hear the soundscapes they build.”

Information on the projects is below.

The American Society of Magical Negroes

Omar, a young Black man, is recruited by a secret society of Magical Negroes who conjure literal magic to make white people’s lives easier. Initially enamored of his new powers, Omar soon realizes he’s merely using supernatural means to do the very thing he’s felt obligated to do his whole life and decides to buck the system.

Kobi Libii is an actor/writer/director, most recently seen writing and performing on Comedy Central’s The Opposition with Jordan Klepper and Klepper. Past acting credits include Transparent, Girls, Jessica Jones, Madam Secretary, Doubt and Alpha House. Kobi studied theater at Yale University and comedy at Second City Chicago. His feature debut, The American Society of Magical Negroes, has been supported by the Sundance Screenwriters Lab, Sundance Directors Lab, SFFILM’s Westridge Grant and will be produced by Sight Unseen.

After accidentally witnessing a rape in Golden Gate Park, eight-year-old Josephine is plunged into a maelstrom of fear and paranoia. Surrounded by adults helpless to assuage her and unable to understand her, she acts out with increasing violence, searching for any way to regain control of her own safety.

Beth de Araújo is a writer and director featured in Filmmaker Magazine’s 25 New Faces of Independent Film. Her feature screenplay, Josephine, participated in the 2018 Sundance Directors Lab, Screenwriters Lab and is a recipient of the SFFILM Rainin Filmmaking Grant. Josephine is being produced by RT Features (Call Me By Your Name, The Witch) and will begin shooting in the summer of 2021. Araújo is currently in production directing Soft and Quiet, a narrative feature which she also wrote in 2020. In 2019 Araújo performed in three sold out shows for The Moth Mainstage in theaters across the country. Her AFI Directing Workshop for Women short film, based on her Gawker essay, I Want To Marry A Creative Jewish Girl, won best screenplay at HollyShorts Film Festival. In 2017, Araújo directed 2 episodes of television for Lifetime Movie Network and was a shadowing director within the Ryan Murphy HALF Program. Araújo has a BA in Sociology from The University of California Berkeley and an MFA from the American Film Institute. She is a certified witness advocate for survivors of sexual assault and domestic violence. Her mother is Chinese-American and her father is from Brazil. She was born and raised in San Francisco.