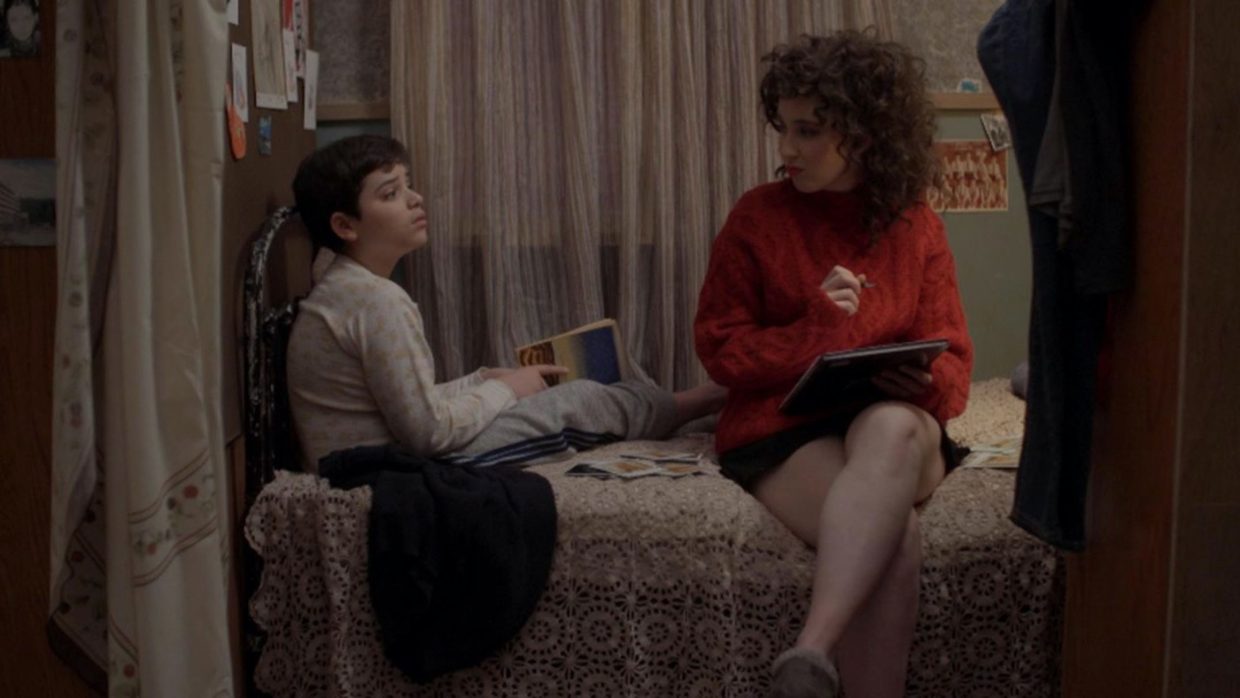 SXSW boasts the unenviable distinction of being the first major festival on the ’21 calendar to have its typical live edition disrupted for the second time by the COVID-19 pandemic. Last year the teeming Austin event, which encompasses not just film but music and interactive, was cancelled by the City of Austin as the pandemic spread. “The cancellation itself, it felt like a tsunami,” SXSW Film Festival Director Janet Pierson told The Texas Standard. “Waves coming at you, the ground underneath you. I mean, it was just so intense and the repercussions were so devastating for so many people and so many different areas.”

Improvising, Pierson and her team assembled a small group of films — far from the full section — that went out after the fest’s usual date on Amazon Prime Video. But this year they were able to plan early for the now de rigueur virtual edition — even as Texas Governor Greg Abbott proclaims “It’s time to open Texas 100%.” The number of films is smaller — 75 or so features. There’s plenty of interest in the talks and keynotes — Willie Nelson, Stacey Abrams, Brian Eno, Charles Yu and Ava Du Vernay. (And, uh, George W. Bush.) Somewhat controversially, there are no single-ticket sales, so to stream any of the films at this point you’ll have to buy a $399 pass. (That said, the pass includes not just film events but interactive and music too.) A number of titles, such as the Demi Lovato doc, are already kicking up a lot of attention. Here, then, are 13 films, including a couple that might by flying a little too low under the radar, that I recommend you don’t overlook. SXSW runs through March 20.

Potato Dreams of America. Seattle-based, Russian-born filmmaker Wes Hurley makes imaginative, constructed (largely shot on a sound stage) biographical documentary that draws on his own childhood as a gay kid growing up in Vladivostok, near the border of China and North Korea, and his immigration to the West. Hurley’s been making work steadily in the Pacific Northwest, including the web series Capitol Hill, and his first feature is a decade in the making. Of his approach to depicting his life, Hurley told The Stranger, “My early childhood, I’ve always thought of it like a movie, like what if this is a movie instead of my real life. When things got hard, I’d be like ‘what if this was a musical version of my life?’”

Poly Styrene: I Am A Cliche. Another music doc that’s high on my list is Paul Sng and Celeste Bell’s work focusing on the lead singer of seminal punk band X-Ray Spex as seen through the eyes of her daughter, who combs through her mom’s archives in an effort to understand more fully their relationship.

The Girlfriend Experience. Returning for a third season is The Girlfriend Experience, which previously united Steven Soderbergh, whose 2009 feature the series was based on, with directors Lodge Kerrigan and Amy Seimetz. Soderbergh returns as EP with a new director and screenwriter: Anja Marquardt, whose own first feature, She’s Lost Control, dealt with the relationship complexities that arose from a transactional sexual relationship. The show screens in SXSW’s episodic section.

Alone Together. For singer Charlie XCX, the quarantine was a time of productivity and connection, the journey of which is documented in Bradley Bell and Pablo Jones-Soler (the graphic artists-turned-video-directors Bradley and Pablo).

Here Before. Debuting Irish director Stacey Gregg brings a psychological thriller toplining the always fascinating Andrea Riseborough (Luxor, Nancy, Possessor) to Austin as a world premiere. She describes it as a story of grief and loss that dives into the representation of gender in such stories. “It was important to me to see someone strong, someone fighting,” she says in an interview. “And to subvert some of these tropes we are conditioned to accept about hysterical or crazy or broken women. There is also no obvious good guy or bad guy, just lots of people trying to keep going. And love is so central to all of this.

Islands. Martin Edralin’s story, about a man isolated as a caretaker in his house for years, will carry resonances for many as the pandemic clocks the one-year mark. The film is also one of the first features in the Filipino language to play SXSW. Read Aaron Hunts’ interview with Edralin here.

Introducing, Selma Blair. Brooklyn-based producer and director Rachel Fleit makes her feature debut with this documentary about the Hellboy and Storytelling actress following her being diagnosed with MS. Fleit comes to directing after a long career in theater and the arts, including producing performance in public spaces, running a woman’s designer RTW brand, and directing branded content. As someone who has had Alopecia as a child, she’s also been an advocate for greater awareness of this autoimmune disorder.

Kid Candidate. Somehow I missed the Amarillo City Council candidacy of Hayden Pedigo, whose campaign launched with a video the candidate said was inspired by early Harmony Korine. But while the 24-year-old Pedigo, whose campaign started as an apparent joke, would seem out of place among the more earnest (and younger) crew of a Boy’s State, the film reveals, writes Stephen Saito at Moveable Feast, a politician with his own sincere motivations regarding local issues and dark money. L.A.-based Jasmine Stodel makes her feature debut.

United States vs. Reality Winner. Sonia Kennebeck, a 25 New Face following her debut feature, National Bird (about drone warfare) continues her suite of films dealing with the post-9/11 security state. Just six months ago she premiered her second feature, Enemies of the State, about a young hacker pursued by the U.S. government, and now she tackles the story of Reality Winner, the whistleblower and Air Force veteran currently imprisoned for leaking documents regarding Russian election interference to The Intercept. The doc contains a new interview with Intercept editor Betsy Reed as well as never-before-heard audio of Winner’s explanation to FBI agents upon her arrest.

Mau. Bruce Mau’s doorstop of a book, S,M,L,XL recently laid on the corner of my desk, pulled from my bookshelf as an illustration tool during a conversation I was having with Filmmaker‘s designers. Published in 1995, it still feels fresh and contemporary, with so much of Mau’s print design still influential today. (Particularly gorgeous was his work for the imprint ZONE Books, including the print version of Chris Marker’s La Jetee. The feature doc seems less biographical than forward-looking, promising to depict his “ever-optimistic push for massive change.” (And a congrats on this world premiere to producer Karol Martesko, who’s also a co-founder of this magazine.) Directors are Benjamin Bergmann and Jono Bergmann.

Woodlands Dark and Days Bewitched: A History of Folk Horror. Multi-hyphenate Kier-La Janisse, whose House of Psychotic Women is a horror classic, goes deep into a sub-genre that, following Midsommar and The Witch, has experienced a popular resurgence.

Ludi. The feature writing and directing debut of Haitian-American actor/writer/director Edson Jean, Ludi has received support from The Gotham’s Narrative Labs as well as U.S. in Progress. It’s the story of a caregiver inspired by his mother’s years as an immigrant in Miami — a city the director dubs “a geological olive branch of sorts.” Writes Saito again at Moveable Feast, Ludi distinguishes itself with its original conception of its protagonist: “Whereas a lot of dramas about the working class focus on desperation, “Ludi” is unusual in exploring how its main character may be the one most eager to exploit herself, having put so much of her personal life aside that all that’s left is to collect more income without any benefit to herself.”