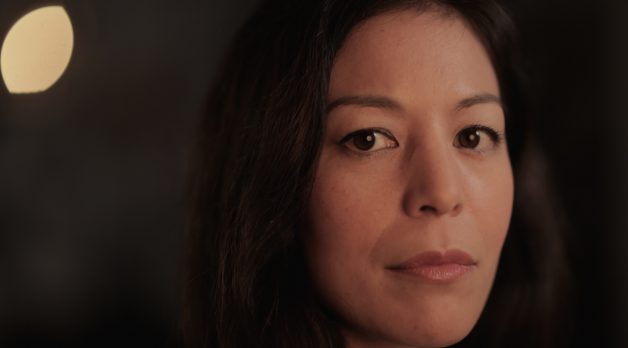 An important addition to a developing cinematic canon dealing with our post-9/11 security state, Sonia Kennebeck’s debut documentary, National Bird, is an artful, investigative look at the myriad impacts of America’s use of drone warfare. Focusing on three former members of the U.S. Air Force’s “unmanned aerial vehicle program,” the film focuses most specifically on the trauma and sense of guilt this work has imprinted on these veterans. But to its great credit, the Tribeca-premiering National Bird expands its scope well beyond these subjects, capturing the pain and mental dislocation experienced by survivors in targeted areas as well as the more insidious effects that the secret use of drones as a foreign policy instrument is having on our American body politic.

Born in Malaysia to working-class parents, Kennebeck received a master’s degree in international affairs at American University. She began working in journalism as an NBC intern just days before 9/11 — “I was at the Pentagon the next day,” she says — and went on to make short-form and hour-long docs for German television. Early on, Kennebeck says she wasn’t sure whether she wanted to make a feature about the drone program or about veteran suicide and PTSD. She did know, however, that she wanted to do her own research and “make a film without journalists, experts and pundits.” That research led her to Heather, a former drone imagery analyst suffering from depression and PTSD. “When she told me that she left the military and had lost three friends to suicide, those two [subjects] connected,” Kennebeck says.

In the ITVS-funded National Bird, we follow Heather, whose struggles include attempting to find a therapist with a security clearance high enough to help her; intelligence analyst and whistleblower Daniel, who speaks on camera even as he’s being threatened by the FBI and faces potential treason charges; and Lisa, a former technical sergeant, who takes Kennebeck back to Afghanistan to meet victims and families of a 2010 strike that killed 23 civilians.

What makes National Bird a remarkable first feature, aside from its riveting primary source interviews, is the way it embraces expressive cinematic technique. In an early scene, when Heather discusses her trauma while in a burrito shop, Kennebeck focuses on the humming fan of the ceiling ventilator — a nod to Apocalypse Now. “The beginning scene of Apocalypse Now is such a good depiction of someone having flashbacks, being traumatized, dealing with alcoholism,” she says. “Even though the technology of war has changed so drastically, the trauma is the same.”

As National Bird progresses, the motif of the overhead continues. “Helicopters sound like that ceiling ventilator,” Kennebeck says, “and we have that in our sound design throughout the film.” In other sequences, drone cameras capture everyday American life, giving U.S. viewers “a sense of what it feels like to live under constant surveillance.” Wim Wenders and Errol Morris are her executive producers. She says she valued their editorial feedback but also wanted them in her corner so that their visibility and reputations could provide “more protection for the project.” She says, “I was very careful while making [National Bird], and I was aware of how journalists have been intimidated.”

Kennebeck spent three years making National Bird “in secret,” and now she says she’s just getting used to doing impact and outreach work. “We’re not really staffed up for it yet,” she laughs via Skype from Brussels, where the film is being presented at an event sponsored by the European Parliament. And she hopes her film will not only shine a light on the detrimental effects of drone warfare and veteran issues but also inspire more women to tackle similar types of political docs. “It’s important that women do these national security and war films.” — S.M./Photo courtesy of Ten Forward Productions/Torsten Lapp