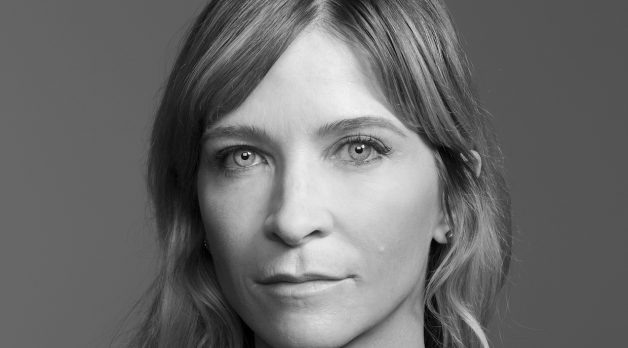 Katy Grannan took the exit. It was 2009, and the photographer was driving down California’s Highway 99. “I was making photographs throughout the Central Valley,” Grannan says, “and I’d take these off ramps and see who I’d meet.” Turning one day onto “the Nine,” a hard-bitten stretch of Modesto’s South Ninth Street, she came across a loosely assembled community of hustlers and drifters, dreamers and addicts — “smart, engaging, energetic people,” she says, with particularly strong women “who kept drawing me back.”

In the years preceding, Grannan had established herself as a celebrated art world photographer for whom “process had been as important as the photos.” “I used to meet strangers by placing ads in newspapers,” she says, “and invite the unknown, or an uncertain experience. I’ve had incredible afternoons with people I just met for the first time, either in their house or a hotel room — experiences I wouldn’t have had otherwise than for the sake of making a picture.”

But after nearly 20 years working both in the art world and for clients like The New Yorker and The New York Times, Grannan became drawn to the moving image. “Photos can do one thing,” she says, “but they can’t embody a person’s energy and their conversation and all their idiosyncratic details. So, when I met the community down on the Nine, I was ready for a new challenge; I really needed to be a beginner again.”

The challenge led to Grannan’s first feature documentary, The Nine, a dreamy portrait of that Modesto micro-community that acknowledges the poverty and suffering suffusing their lives while allowing their individual stories to unfold both unpredictably and unburdened by the often imposing tropes of much character-based documentary filmmaking. You can tell that this is a film made by a visual artist. “There’s so much chaos and absurdity to the way life rolls out,” Grannan says, “and that interests me a lot more than constructing something super seamless.”

“The subject matter” — American outcasts living in poverty — “is almost a cliché of doc photography and filmmaking,” Grannan continues. “It’s so familiar, and I didn’t want to tell that story. It’s not the way I think about these women, which is much more personal and about friendship — my parallel need to make sense of this suffering and of this place and to try and find the possibility of beauty.”

Grannan formed a particular friendship with Kiki, an addict and sometime prostitute who became a kind of narrator. “Making a film was something so brand new and creative and satisfying to everyone in the film, Kiki in particular, and she became the natural focus. She, more than anyone, needed to be seen and heard,” says Grannan.

Grannan — who lists the Maysles, Robert Frank and Pedro Costa as cinema influences — premiered The Nine at the Visions Du Reél Film Festival in Nyon, Switzerland in April before traveling with it to the Krakow Film Festival in Poland. While she awaits her American premiere, she’s developing a new project, which she describes, simply, as “the life and death of a river.” — S.M./Photo by Robert Lewis