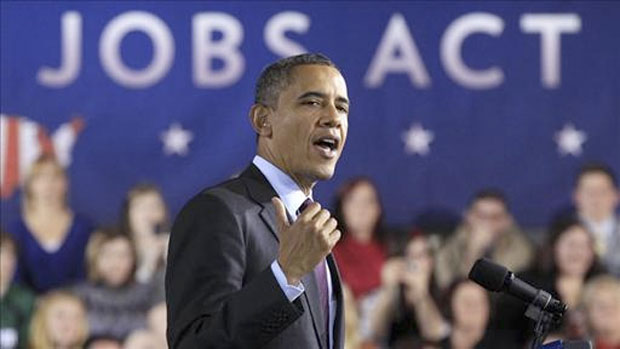 You cannot create a film career by crowdfunding. Let me say it again. If you believe that crowdfunding has the potential to reach levels that will allow you to make movies on a consistent basis, movies that can compete with commercial fare or even modestly budgeted union-made films, you are going to be severely disappointed.

I’m assuming that a career in film is what you want. But if your only goal is to get a project produced and have it seen by those who attend the hundreds of film festivals in the U.S. or the thousands of festivals that have cropped up worldwide, then there’s a chance that crowdfunding may be for you. More to the point, if by attending these festivals your goal is to sell your film and thereby launch a film career, the odds of this happening are truly astronomical.

Eventually, crowdfunding and its future will be about its sustainability and accountability over time. In fact, crowdfunding has already reached a saturation point and it’s becoming more and more difficult for legitimate projects to meet their financial goals. According to Doug Andrews, CFO of the Homeworking & Small Business Alliance, “Crowdfunding sounds like something that could work brilliantly for early pioneers, but I suspect that once it becomes mainstream, it will be very difficult to get your idea found among all the other businesses vying for attention… A lot of the excitement and goodwill that’s associated with early trends will have been replaced with people asking ‘What am I going to get out of this?’” Further, with the signing of the new JOBS Act, a law intended to encourage funding of small businesses by easing various securities regulations, the ceiling has been raised on the amount of money you can collect, and soon the question of what donors are going to get out of it will become an absolute. These donors will eventually take on the look of investors who will expect far more for their money.

Yes, you may be saying, but until that happens I’m going to get whatever I can get. And wouldn’t it be nice if I could raise $1 million on Kickstarter.com for my film and never have to take on any fiduciary obligations in the process? My prediction is that when you have a project that reaches the goal of $1 million, you will have already inherited this responsibility and DVD screeners and tickets to the festival premiere will not be enough to satisfy the larger donors in your group. And you’ll need many of these larger donors, because you can’t get to $1 million with $100 donations in thirty days, or whatever the time limit is to reach your goal. Those big donors will need to pony up thousands apiece to make a movie for $1 million and it will be a daunting process just to keep track of them all. Wouldn’t you rather make a $3 or $4 million movie with a union cast and crew for virtually the same effort? If so, leave crowdfunding to those who don’t care about making a professional film, create your own Limited Liability Company to finance your movie and start approaching investors.

Also, according to recent studies, over 95% of the projects that are posted on crowdfunding platforms fail to reach their goals. In other words, for those unfamiliar with the process, if you don’t receive enough pledges over a specified period of time, you don’t receive a dime of the money and your crowdfunding campaign is over. You’re also at the mercy of the host site that selects which projects qualify for crowdfunding and which ones don’t. At Indiegogo.com, a fee of 9% is charged for failed campaigns and this is nothing short of extortion. Taking service fees has made the creators of these sites wealthy and it’s estimated that Kickstarter.com alone will generate more than $100 million in 2012. Even at 7.5%, the commission and total fees for a successful campaign, that’s a lot of money going into the pockets of people who have absolutely no vested interest in your project.

It would almost be easier to launch a crowdfunding website and use those service fees to finance your career. The truth is, I get hit up all the time by friends and associates who are attempting to crowd fund their films. I occasionally help them out, but the number of requests I receive has become somewhat ridiculous. Most of the time, these projects never get made and that’s the real issue here. Also, I’ve yet to meet anyone who is happy with the way these sites establish and regulate campaigns. “It’s a pain in the ass,” said a friend who has crowdfunded his share of small projects. “The hoops you have to jump through and the effort it takes to monitor your campaign is practically a full-time job!” For the life of me, if you’re honestly trying to launch a film making career, why on earth would you even consider crowdfunding?

I’ve said more than enough. Until filmmakers start looking at independent film making once again as a viable business, this trend is going to continue. What it’s never going to become, however, is a replacement for film as an investment. It’s here the rubber meets the road, in an understanding of both the limitations and responsibilities of finance. Until this happens, the sustainability of a donor program designed to give everyone an equal opportunity at starting a business is suspect. Personally, I would rather put my faith in investors who require different treatment, but no more than wealthy donors will require when crowdfunding reaches its ultimate goal: the financing of a professionally produced feature film.