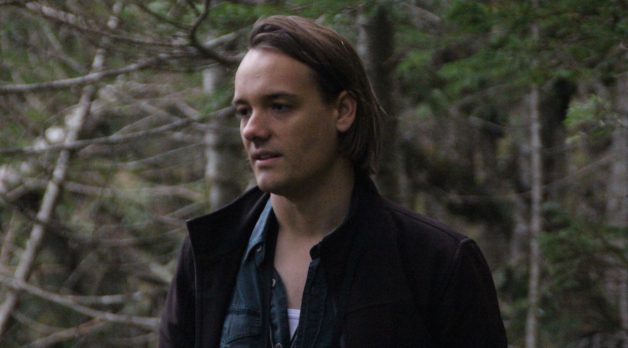 Graham Swon (formerly Swindoll — the new last name is a portmanteau with his fiance’s) is busy. Matías Piñeiro’s Hermia & Helena, on which he’s been one of the producers for the last few years, is set to premiere at the Locarno Film Festival in August. Before traveling there, he’ll be shooting his second film as a director, The World is Full of Secrets, while maintaining a position in theatrical booking at Kino Lorber and preparing to act as a producer on another four features, including Fourteen — the new film from critic and The Unspeakable Act writer/director Dan Sallitt — and another co-directed by Piñeiro and Spain’s Lois Patiño. There are other projects too: a feature shot in Russia without actors, a screenplay co-written with Los Angeles-based filmmaker Jeremy Ungar that’s being shopped around. Two years ago, Swon was still working for distributor Cinema Guild: How did he get involved in all of these projects so quickly?

“I went to Carnegie Mellon for theater directing,” Swon recalls. “By the end of my time there, I knew I was moving all my attention to film.” He moved to New York City in 2010, “not for any particular job. It just seemed like the place to go if I wanted to see a lot of 35mm prints.” After interning at Criterion, he went to work for Cinema Guild for four years, where he developed close relationships with the filmmakers they distributed. The most significant of these was with Piñeiro while releasing Viola, the Argentinian director’s Rivettian gloss on Twelfth Night. Piñeiro had moved to New York a few years previous but had yet to shoot there. “You live here now,” Swon told him. “You always work with all your friends. You work with the place you live in. When are you going to make a movie in the U.S?” So Piñeiro could make that leap, Swon offered to produce, even though he still had a day job at Cinema Guild.

Then came Russia: “That was just a crazy, out-of-the-blue opportunity that I decided to jump on because I knew it wouldn‘t ever come back. That was why I ended up parting ways at Cinema Guild, and went to Russia for five months to photograph whales. There was never a clear break between when I would start producing more versus working more as a distributor.” Now he’s back and — citing Roger Corman and Val Lewton as inspirations — committed to maintaining an economically sustainable slate of films. “The distribution relates to the producing, and the producing relates to the filmmaking,” he notes. Working with microbudgets allows for creative control and “makes it easier to find some way to break even or make a profit, and allows you to keep making movies. Ultimately you have to structure in such a way that people can see them, even if it‘s a film that you would think would be impossible to find an audience for. You have to find a support network that makes the movie worth making, and makes it possible to make another movie.” As for his own summer shoot, he describes it as a “fake horror movie” with a heavy Warhol influence, in which a group of teen girls tell each other scary stories. “But instead of moving away and seeing the stories illustrated,” he says, “it’s long monologues essentially delivered to the camera.” That one is self-financed (“nobody was going to give me even $50 or $75 thousand to make a movie”), and the summer shoot is for practical reasons: “The entire cast is teenagers, it’s all 15- and 16-year-old girls. I can’t afford to have a tutor on set.” — V.R./Photo by Evgenia Vlatkina