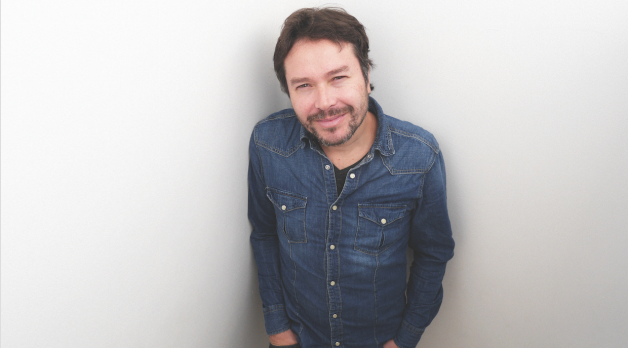 In Jerónimo Rodríguez’s The Monument Hunter, Jorge — a Chilean documentarian living in Brooklyn’s Greenpoint neighborhood — falls into a historical research k-hole while watching a documentary. An image reminds him of a statue he saw as a child in a park while walking with his father, and further investigation reveals that it was of Portuguese doctor Egas Moniz, a Nobel prize-winning neurosurgeon infamous for developing the procedure for lobotomies. Why was a statue of him in a random park in Santiago, and where did it go? In video diary format, Jorge bounces between Brooklyn and Chile in his quest for answers, which only gets more tangled. One thought leads to another, with the narrator holding forth on various topics: how three key games between the Chilean and USSR soccer teams told the story of Chile’s national history, the role of public park plazas in commemorating semi-forgotten figures and the ins and outs of municipal memory.

In Sebaldian fashion, The Monument Hunter simulates, with deceptive casualness, the workings of a mind ping-ponging through history (both personal and national), art and sport with intellectual abandon. Jorge is an alter-ego for Rodríguez, who was born in Chile but grew up (after Pinochet’s coup) in Venezuela. Back in Chile, “I ended up studying law,” Rodríguez says. “I got the degree but I never practiced law. I was so disappointed by me studying law, and Chile was so boring at that time that I decided, for adventure, to go to New York in 2000.” He’s lived in Chile for 12 years and in Brooklyn for almost 15 years, becoming a naturalized citizen in the process. Hunter’s peripatetic rovings mirror its director’s. “For everybody that has lived abroad or had experience living abroad, we are like nomads,” he explains. “Sometimes your brain splits in. You’re in Brooklyn, and you’re thinking about something you left behind in Chile. It’s a dislocated life.” Finding the structure for a film assembled from “terrabytes of footage” (Rodríguez also served as his own editor) took time: “For the first few years, when I was trying to gather information or collect images, shooting stuff randomly, it was like a process of trial and error. I was absolutely lost. At some point, I realized that that trial and error spirit was permeating the way I was working and the way I was building the film.”

This isn’t Rodríguez’s first film: he made two shorts in the aughts, as well as a medium-length feature, 36 Times, in 1999. His eclectic professional background includes time as a freelance film critic for the BBC, programming for Cinema Tropical and serving in a variety of production capacities: he co-produced Matías Piñeiro’s Princess of France and has co-written several films, including Alejandro Fernandez’s To Kill a Man, which won the Grand Jury Prize at Sundance in 2014. But The Monument Hunter marks a new mode for Rodríguez. “I’m in love with the essay film, with nonfiction,” he explains. “I wish I had discovered hardcore experimental film before. I was really tired of conventional narratives and I attended the Flaherty Seminar four years ago and it blew my mind. I realized that I was able to see that I wanted to work in that vein, in that path.” That means more films in the same rich vein: while he may continue writing narrative films, time permitting, “Now I’m more focused on working on my own films, which take forever because I work by myself.  It’s work that I do alone, I do most of everything. I walk a lot. That’s the way I shoot.” — V.R./Photo by Christian McManus