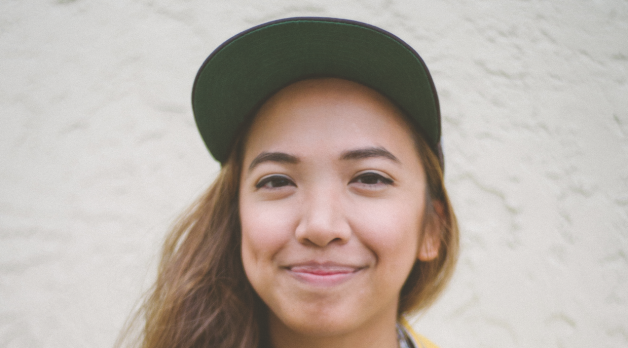 Children and pyro — two things they admonish first-time filmmakers to avoid. But tell that to San Francisco-based filmmaker Jess dela Merced, who is gearing up to make her kid-centric, flame-infused first feature, Chickenshit in Detroit in 2017. It’s the story of a young black girl who teams up with a group of boys to stop an arsonist from burning down their city. “I set out to write an honest story about kids who are living in Detroit,” dela Merced writes in an email, “and as I started writing, it was clear that arson was essential to the authenticity of that story.”

As a proof of concept, dela Merced shot a well-received short, Wait ’til the Wolves Made Nice, that made the festival rounds last year. “I shot on 16mm film with local non-actor kids that I found myself with fire and VFX scenes — all in five days,” she writes. “I think I was subconsciously trying to make it as challenging as possible so that I would know if I could handle the feature.” The short wound up convincing not only herself but also, coupled with the Chickenshit screenplay, which landed on NYU’s Purple List this year, producers as well. Signed on to produce Chickenshit are Mediterranea producer Jon Coplon and, as executive producers, Chris and Eleanor Columbus under their Maiden Voyage banner.

For dela Merced, the Maiden Voyage connection is a fortuitous one. “A lot of the spirit of Chickenshit is directly influenced by Chris Columbus and his extensive list of youth adventure films,” dela Merced writes. “Looking back, I realized I needed movies like The Goonies, Stand By Me and The Sandlot growing up. They got me through a lot of growing pains, providing an exciting escape and instilling in me a firm optimism and a steadfast moral compass. I want to pay tribute to those films of my youth — films that reinforce the importance of empathy, courage and hope — but in a way that makes sense for kids today in these darker times.”

Wait ’til the Wolves Make Nice is dela Merced’s fourth short. She stars in her first two, which both take on issues related to Filipino-American identity. In 2011’s Bleached, she plays a teen who tries to bleach her skin to please her mother. Hypebeast, which won multiple awards at festivals in 2014, deals with a trio of teenagers battling racism in the hip-hop community on the night before a new set of coveted sneakers is due to be released. But Wolves introduced her to Detroit kids who have had a hand in shaping the new film. “One kid in particular is especially amazing,” she writes. “His circumstances are challenged by the state of Detroit but his spirit perseveres. Meeting him through the short has really pushed me to make the feature. The short premiered at SXSW and a few other great festivals which was instrumental in getting my name out there and creating more interest in Chickenshit.”

As she further plans the feature, she’s “excited to spend more time working with an established casting director to find the right diverse cast with an emphasis on emerging talent. I’m also looking forward to finding a VFX team to collaborate heavily with in pre-production as well as furthering my connections to the Detroit Fire Department.” — S.M./Photo courtesy of Jess dela Merced