Stories We Tell – A Hammer To Nail Review 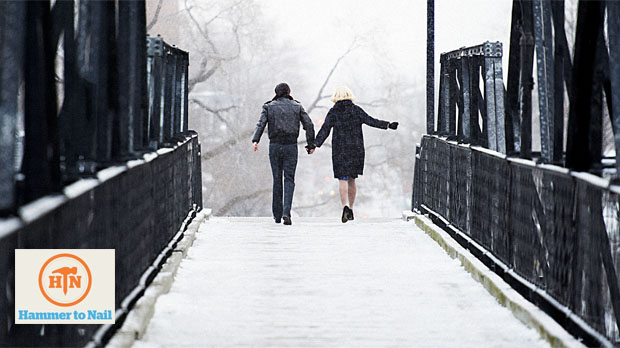 Stories We Tell is being distributed by Roadside Attractions and opens theatrically on Friday, May 10, 2013. It world premiered at the 2012 Venice Film Festival before next appearing at the Telluride Film Festival. Its New York premiere was at New Directors/New Films 2013. NOTE: This review was first published at Hammer to Nail on September 7, 2012, in conjunction with its Canadian premiere at the 2012 Toronto International Film Festival.

One of the cinema’s greatest feats of magic is its ability to create contemplative space in the mind of the viewer; the experience of people sitting in a dark room, together and yet each alone with his or her thoughts as they resonate in dialogue with the story on the screen, is, for me, a true gift that the movies excel at providing. You can feel everyone around you, the story washing over you, the breath of the person sitting next to you and yet you remain enraptured by the screen itself, unable to look away for a moment, unwilling to miss anything of significance. For me, great non-fiction filmmaking often enables the greatest access to this feeling, if only because the circumstances of the lives under examination are real and relatable in a different way than fictional drama. When we see, for instance, a family in fiction, the stakes are often heightened, symbolic; each bad father a summation of “Bad Fathers,” each returning prodigal son contrasted against the idea of a biblical “Prodigal Son.” Turn the camera on a real family, and bad fathers and prodigal sons become actualized, authenticated, their roles existing symbolically, yes, but also and more complexly, as both grand thematic projections and real, everyday experience.

While real people do live extraordinary lives and have amazing secrets and stories to tell, the act of living and documenting those lives removes the incredulity, leaving a sense of wonder that this, too, is real, is some version of the truth. Both fiction and non-fiction share this power to expand our belief in the possible, and to share the telling of these stories in theaters full of strangers is the full realization of that power, the beautiful comforts of home viewing be damned. And yet, even the experience of watching a film, of contemplating it and recounting it later, is burdened by temporality, that the moment of watching, of feeling, is completely tied to the telling of the tale and the circumstances that surround its viewing. Who can recreate the feeling of discovery of watching a film for the first time? Each subsequent viewing is simply an echo, with pinpricks of recognition, moments that trigger our memory of a prior viewing, our former circumstance, a reminder of who we were. 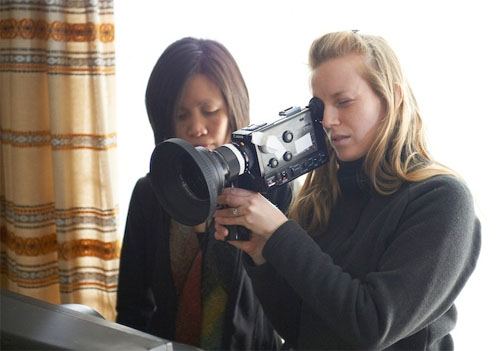 Sarah Polley’s new film Stories We Tell, is an examination of her own family’s secrets, triumphs and tragedies, which takes the complex relationship between real life and its irretrievable immediacy as its subject, using the narrative structure of an investigation as a form of preordained revelation; conceived after each of the film’s participants already knew the central secret of Polley’s story (a secret I will not reveal here because, frankly, why spoil it? It is not the story that matters in this instance as much as the telling…), the film uses a blend of fictional recreation, interviews, archival home footage and voice-over narration to explore the idea of how a family collectively preserves its own memory of itself. The enigmatic heart of the film is Polley’s own mother, Diane, a flamboyant actress whose energy and zeal for living made a profound impact on her family and friends. It is not too much to reveal that Diane Polley passed away from cancer at a relatively young age, leaving a void in the lives of those who knew and loved her. The film fills that absence with the memories of those who remain, with the complex balance of ascribing feeling and authority to Diane’s experience through the filter of their own lives, judgments and perceptions, each unique and each only revealing facets of a complicated, ultimately unknowable life.

That Diane Polley kept secrets of her own, secrets she shared with some intimates and not others, is central to her daughter’s examination of how her mother’s choices and her unknowable motivations continue to shape the lives she left behind. And while others may be interested in spilling ink about the details of the revelation that Stories We Tell holds, especially given Sarah Polley’s status as an actress and director, the most important aspect is not the nature of this revelation, but the delicate generosity with which Sarah Polley allows the feelings and experiences of her family members to create a collective portrait of themselves. Ultimately, what comes through is a deeply moving look at how, together, a family can shape its narrative, how the fragility of memory can be so painful when, ultimately, it can never replace the fullness of life and experience.

What is so thrilling about Stories We Tell is not that the film ineffably expresses its themes, but rather how it directly confronts them, constantly calling into question the adequacy of what the film is setting out to do and drawing in different opinions about what might be accomplished by telling Diane and the family’s story. This constant questioning of its own premise and presumptions gives Stories We Tell a real power, forcing viewers to not only examine the film’s storytelling devices and strategies, but ultimately, their own position in their own lives, their own secrets and those of the people they love, the memories that they can no longer fully call to mind, the way in which their own lives are re-created in the stories they tell themselves.

That these ideas flow effortlessly and entertainingly throughout the film is proof of Polley’s efficacy as a filmmaker, but the film’s greatest strength is Polley’s access to the real feelings of her family members. If there was any doubt she was the right person to tell this story, a simple glimpse at the depth of emotion she is able to draw out from her subjects is proof enough of her empathetic gifts. And how could she not be alert to their feelings? By telling her own story through the interplay between her voice as a filmmaker and the memories of her family members, Polley has created a great film, one that operates as an answer to a mystery and, most importantly, formulates the difficult question of not just what that answer ultimately means, but of what it meant. It is a question that lingers in Polley’s own life and those of her family members as both inscrutable memory and the extant present.
Filmmaker has partnered with our friends at Hammer to Nail for a weekly “Pick of the Week” post that will be exclusive to our newsletter and blog for a long weekend, at which point it will go live over at Hammer to Nail as well. In the meantime, be sure to visit www.hammertonail.com for more reviews and lots of other great editorial.