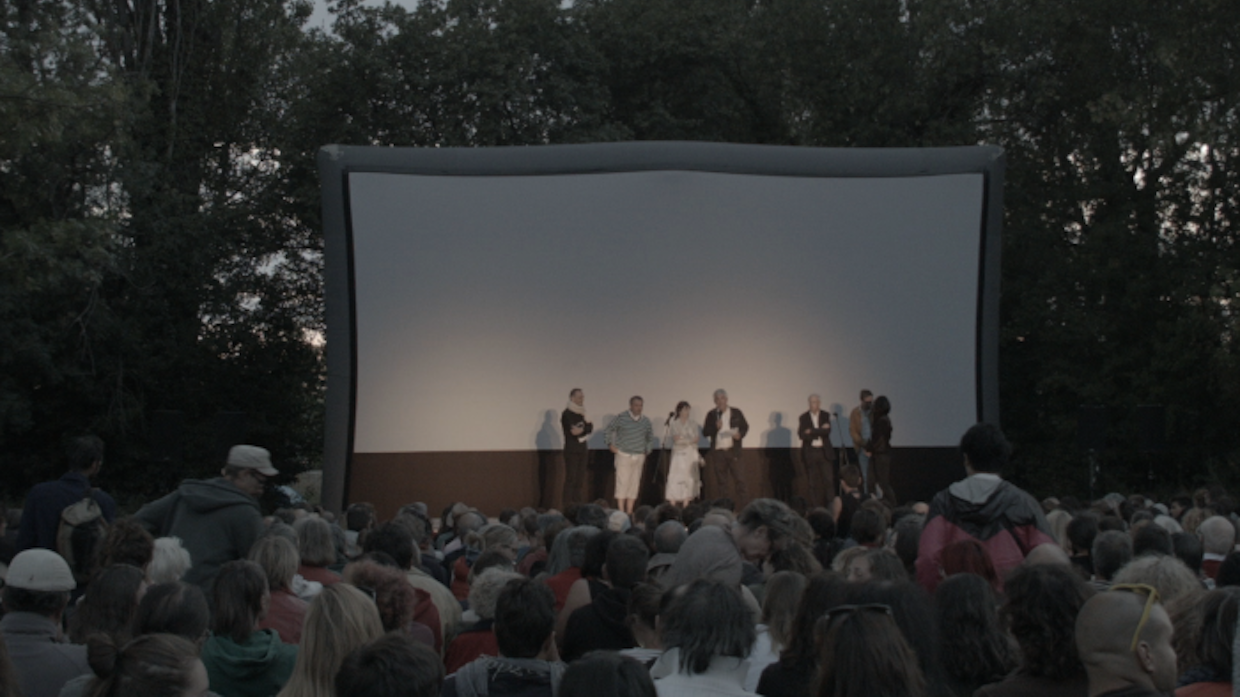 The Grocer’s Son, the Mayor, the Village and the World

True/False Film Fest has announced its 2021 lineup. On the programming side, this year’s edition is notable for the return of festival co-founder David Wilson in an interim director position, as well as the addition of new programmer Angela Catalano, joining returning programmer Amir George. The festival will take place in two different parts from May 5 to 9. For those in Columbia, Missouri, all the features listed below will be screening outside, in four outdoor amphitheaters well as at a drive-in; those who sign up for the festival’s new, virtual “Teleported” option have access to seven features, designated with a “TTF.” Here’s this year’s edition, as taken from the press release:

Delphine, a Cameroonian transplant in Belgium, welcomes us into her messy, bright bedroom. There her compelling and heart-wrenching story forms the core of this revelatory collaborative portrait. TTF

With humor, grit, and grace, members of El Paso’s unhoused community band together to survive the streets in this poetic debut feature.

A euphoric excursion into the highlands of Harar, Ethiopia, where the flowering plant khat is chewed and traded as part of daily rituals and two boys dream of a better life.

In the briny air of the north Atlantic, marine animal rescue teams mediate the clash of humans and nature. Through a calm, dispassionate lens we witness the cleaning of sea birds, tonal honks of seals, mock whale rescues, and more. TTF

In this new work from our 2017 True Vision honoree, a digital evolution comes to the quaint French village of Lussas, where farming and filmmaking drive commerce and culture. TTF

T/F stalwart Nicks completes his “Oakland Trilogy” with this journey into a high school classroom, shot during the tumultuous 2019/2020 school year.

Inside the chaotic swirl of protests that erupted in Hong Kong in 2019, student activists face off with police to maintain their democratic freedom from mainland China.

This sensuous feature debut from Mello shares an intimate look at the vibrant Caiçara community along the secluded Brazilian coast, told through the eyes of an intrepid young girl and an anxious sea captain. TTF

First-time director Sermon-Daï tenderly shares the story of her brother’s addiction and their mother, who has reached the end of her rope.

Experimental film veteran Silva makes his feature debut, playfully teasing out connections between humankind, geology, and the cosmos by way of the native Hawaiian population.

In this real-world action film, a team of activists works to rescue Yazidi women and girls held captive in Daesh-controlled refugee camps.

Deep within the Colombian rainforest, Oneida sings traditional funeral songs (alabados) as a healing tool for her community, stricken by war and terror during the Boyajá massacre that took place in 2002. TTF

Summer of Soul (…Or, When the Revolution Could Not Be Televised) | Dir. Ahmir “Questlove” Thompson; 2021; 120 min. (United States)
Exuberant, uplifting, and brimming with joy, this document of the 1969 Harlem Cultural Festival manages to be much more than a music film.

After fleeing Syria, Andriy Suleyman navigates dislocation and familial tragedy, not to mention another war in Ukraine, in this emotionally and visually arresting film. TTF

True Vision honoree Mbakam returns home to Cameroon from Europe, along with her mother. There she explores a life that she might have had. TTF

Elegant visuals and a dynamic score underpin this exploration of our relationship with technology, all informed by a mother’s perspective.