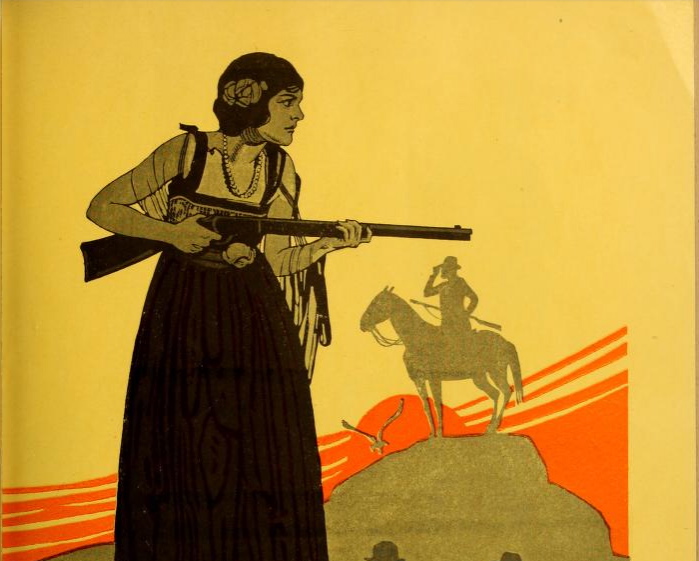 This fifth and final installment of Time Frames draws on The Media History Digital Library, a reservoir of information about early cinema that includes the sorts of magazines, journals, and trade publications that, in the pre-digital era, had only been available to those able to travel to research libraries. At over 800,000 scanned pages and growing, the collection is daunting. In Time Frames I’ll cull through and select a series of images and text from the collection to highlight key transformative moments in the film culture and industry, as well as other oddities and obscure artifacts. For this final installment I’ve focused on the remainders, those items of interest that, for whatever reason, didn’t make it into previous columns.

Click on images to see them in their full glory.

1. “Real Colored Comedians on the Screen”

Although it shouldn’t be surprising, it’s still a shock, as you pour through the thousands of pages from these early film magazines, to note the near complete absence of African-American faces. This isn’t to suggest that, from the very first American Mutoscope films of the 1890s, there weren’t films that featured African Americans in roles that, as Charles Musser puts it in The Emergence of Cinema, “conformed to degrading, white-imposed stereotypes,” but rather that they are so sparsely depicted in these early magazines. Although my search for such images was by no means exhaustive, I only discovered a half-dozen or so images, including the one below, from a 1918 issue of Motion Picture World. In response to D.W. Griffith’s Birth of  Nation in 1915, films like The Realization of a Negro’s Ambition (produced by the Lincoln Motion Picture Company, founded by African-American filmmakers in 1915) began to challenge the stereotypical portrayals of black life in white produced films. 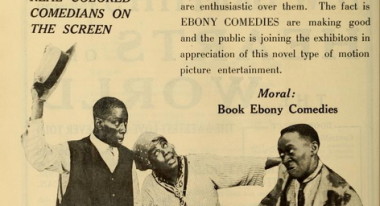 If, as Marshall McLuhan suggested, “the content of any medium is always another medium,” then no where is this more evident than in the medium of cinema in the early twentieth century, as is it emerged out of the borrowed narrative and visual forms of the realist novel, photography, and theater. As late as the mind teens, hybrid terms like “photoplay” and “moving picture” circulated before “movies” became the norm by the late teens. But dig deeper and you find all sorts of other terms, mostly borrowed from the theater, including “scene-shifter: one who moves and changes the scenes in a theatrical production. (I love how, in The Language of Theatre, Martin Harrison picks up on the subtle put-down in this term’s usage: “Scene shifter, as a descriptive term for stagehand, has tended to be used with slightly disparaging overtones since its first Oxford English Dictionary attestation, possibly due to an echo of the sense of the shifter–idle, thriftless fellow–from which ‘shifty’ derives, or because the job is one of the most menial, though vital, in the theatre.”)

In this cartoon from the 1915 issue of Pictures and the Picturegoer–part of a larger group of cartoons that depict what actors really say in silent movies–the characters mention a scene-shifter, knowing that the audience can’t hear them, relying instead on the inter titles depicted beneath the cartoon. 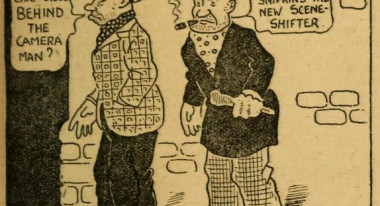 And in a 1918 issue of Motography there is this news item:

Last week there was a strike at the studio of World Pictures in West Fort Lee, New Jersey. Without warning and without any previous intimation of their intention, the scene shifters, carpenters and other workmen quit cold.

Some indication of what sort of labor the scene-shifters performed can be gleaned from photographs of actual film production that appeared through these early film magazines. In this, a 1915 photograph taken in the Biograph Studio in the Bronx, we see as several films are in production simultaneously, and it may be that the scene-shifters worked changing the sets and props in single films or moved between sets, exchanging props between them. 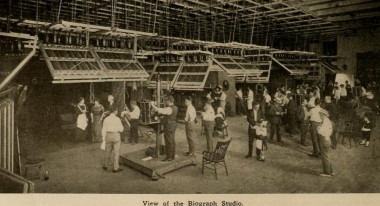 In fact, these early magazines are full of playful, deconstructive moments that demystify the illusion that cinema is all about creating. Long before postmodern deconstruction these cartoons mock the conventions and point to the materialist foundations of what was on its way to becoming the dream factory. The 1916 cartoon “Realism in the Westerns,” for instance, breaks the spell, riffing on the idea that “realism” seeps into the fictional world of the film, and vice versa, in a sort of weird, time-out-of-joint version of Blazing Saddles. 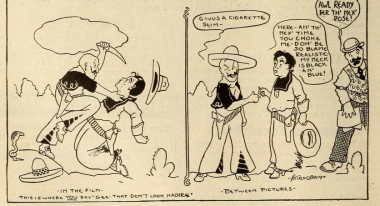 And then there are the terms that have disappeared from film lexicon as technologies and narrative strategies change over time, as well as the inventions that never caught on, at least not in their original form, such as the horizontal camera, shown here in an issue of Motography from 1918. 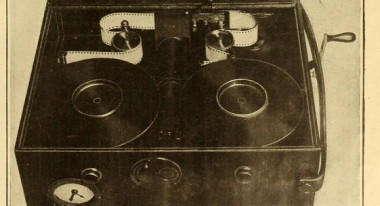 Cross-cutting had emerged (pioneered by D.W. Griffith and others) in the early 1900s as the preferred way to depict events happening in two (or more) different places simultaneously. What’s interesting about the horizontal camera is how it links aspect ratio to editing, suggesting that a larger, horizontally extended frame would allow for a different editing aesthetic, one that relied less on montage and more on what would come to be know as the long take. From the article:

Thus, in the case of a scene such as that shown in one of the accompanying illustrations, under the existing system the ‘cut-back’ is necessary in order to show first the two men waiting for the soldiers, and then the two soldiers coming up the side street–flashing from one scene to the other and back again. True the entire scene can be included in one picture even with the present film, but this means reducing the size of the figures in order to take in the full action.

And here is the illustration in question, depicting how the frame size might radically alter the basic grammar of cross-cut (“cut-back”) editing: 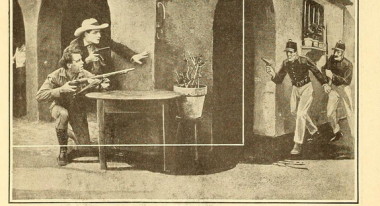 Debates over taste and aesthetics in cinema go back to the very beginnings. Early, pre studio system distinctions between mainstream and “art” cinema crop up frequently, as in the excerpt from a 1915 essay, “Highbrow and Lowbrow.” The use of Chaplin here is interesting as someone whose manages to blur these distinctions.

The successful purveyor of goods or amusements to the public is usually a firm believer in the theory of ‘lowbrowism.’ That is to say, he is convinced that true amusement is founded on a ‘lowbrow’ basis, and that even the habitual ‘highbrow’ on pleasure bent becomes temporarily ‘lowbrow.’ Charlie Chaplin, as in institution, has both admirers and detesters. But these two classes refuse to be analyzed  as ‘lowbrow’ and ‘highbrow.’ Chaplinism is lowbrowism; yet among the staunch friends of Charlie’s screenings are college professors, poets and scientists.

The most recent may be V/H/S/2, but here’s an advertisement for an earlier version, The Warning, from Motion Picture World Magazine, 1915. 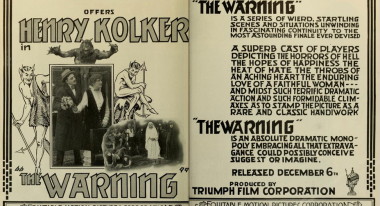 Skin has always been a, you know, important part of Hollywood. There is more and less of it on the screen, serving as a sort of barometer of a culture’s political climate. There are so many pre-Code images in various film magazines from the late 1920s and early 1930s that I’ve selected a few random ones here to end with. Hope you’ve enjoyed the series. 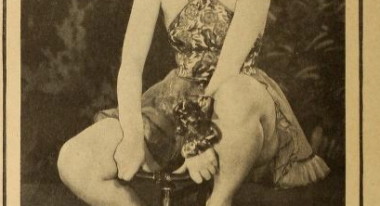 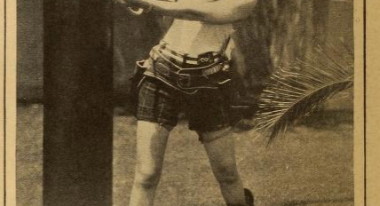 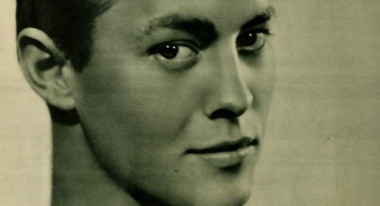 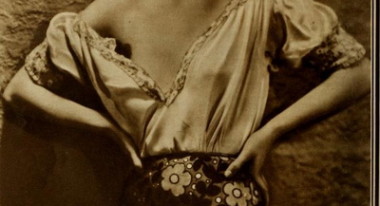 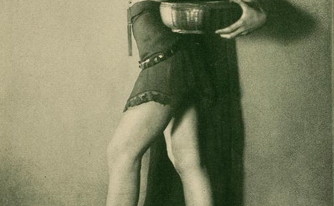