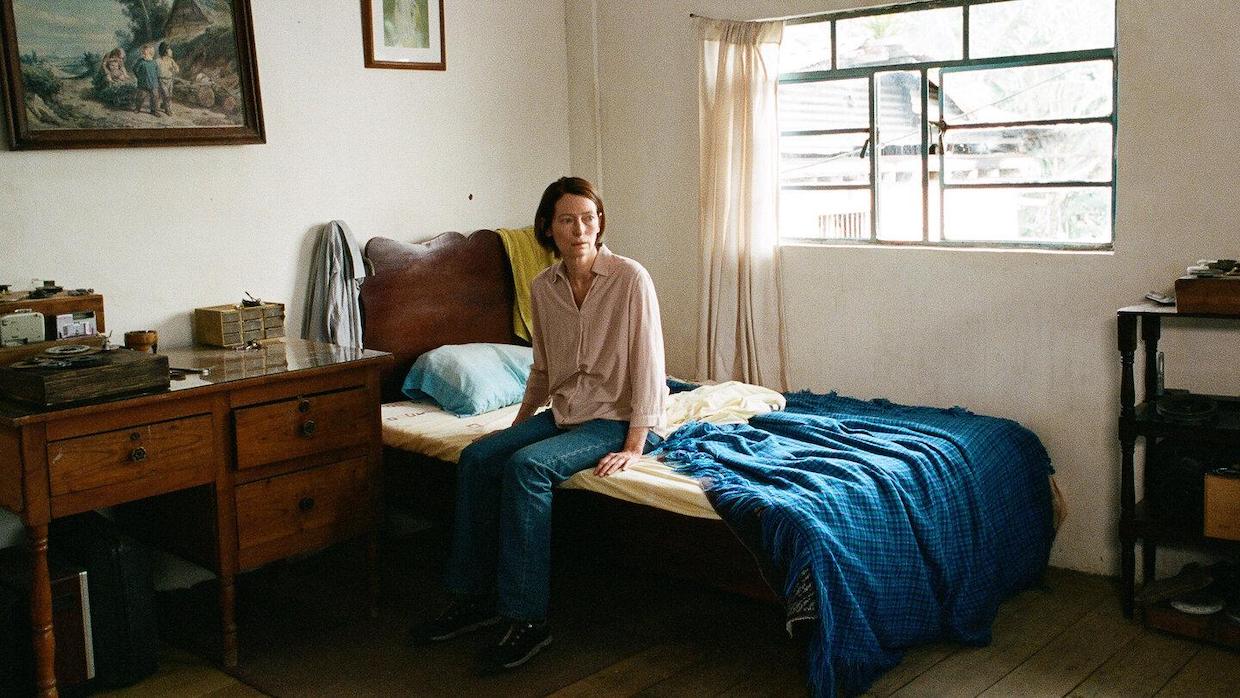 Information, context and mystery have been on my mind quite a bit since seeing the two new films that Thai filmmaker Apichatpong Weerasethakul brought to this year’s Cannes: his feature-length, Tilda Swinton-starring, Colombia-set Memoria, and the 13-minute “Night Colonies,” the segment that concludes The Year of the Everlasting Storm omnibus project, which collects seven short films about creativity in the time of COVID-19 from global arthouse heavyweights such as Jafar Panahi, Dominga Sotomayor and David Lowery. This is partly because Weerasethakul’s new films, like the rest of his cinema, negotiate the divide between our sensory and cognitive functions better than possibly any other active filmmaker. They are consistently and productively unresolved—curiosity-generating machines whose enigmas blossom from uncanny imagery and loose dialectical juxtapositions: rural and urban, contemporary and ancient, present and absent.

In this regard, Memoria is another success. It is a resoundingly quiet film, wherein Swinton plays the role of Jessica (named after the somnambulant Jessica Holland in Jacques Tourneur’s I Walked with a Zombie [1943]), a botanist specializing in orchids and who, while visiting her sister in Bogotá, begins to experience symptoms of exploding head syndrome—an actual disorder in which people hear illusory loud noises as they sleep, and one that Weerasethakul claims to have suffered through a few years ago. The thunderous sound that torments Jessica punctuates Memoria’s sound design, disrupting silences and peaceful pauses at unexpected moments, and becomes the film’s central conflict. (It is absolutely appropriate to call these jump scares, especially the first several instances [out of dozens] in which the sound occurs.) Unsure of what she’s hearing or why she’s hearing it, Jessica visits a recording artist named Hernan (Juan Pablo Urrego), a member of a jazz group called The Depth of Delusions Ensemble, who she asks to try to generate the sound with his mixing software. A scene of the two of them together in his studio editing stock movie sounds, filtering high and low frequencies until they nail the exact earthy rumble as she remembers it is one of the film’s highlights, conjuring the tensions between artifice, sensuality and memory that mark Weerasethakul’s best work.

While questions about the cause, meaning or origination of the sound carry us all the way to Memoria’s climax, other mysteries enter the frame that suggest a world teeming with surreality. Inexplicably activated car alarms and spontaneously exploding bus tires join Jessica’s internal booms to disrupt the flow of sound, reminding her (and the viewer) of how rare it is to enjoy genuine silence in a city. There are callbacks to Weerasethakul’s previous films/past lives: a Christian doctor pontificating about Salvador Dalí’s aesthetic principles and theology, lingering shots of city monuments and statues and questions about whether a man speaks “monkey language.” These elements that evoke the filmmaker’s other work are well-suited to a film about our relationship realities and timelines that are not our own, either because they are elsewhere or existed in the past. It’s a meta-cinematic gesture that extends to the empathy and narrative; when a character gains access to another’s thoughts, she tears up, prompting the question of why she would cry over another person’s memories. By extension, given sensory access to the whole of history—its beings in fossils, its image in monuments and icons, its temporality and therefore presence in cinema—where is the ceiling to what we can feel? It’s a question and movie that reaches for the stars, and it nearly gets there.

My reaction to Memoria was relatively muted (pun unintended) compared to most of Weerasethakul’s previous features, though it has been opening up for me in the days since walking out of my screening in a reverie—simultaneously fighting my disappointment while acknowledging that what I’d just endured had legitimately altered me. I’ve since flipped through the supplementary hardcover book published in tandem with the film’s premiere by Fireflies Press, which, despite my general aversion to ingesting extratextual information related to such deliberately cryptic work, has helped lead me deeper in the film’s universe. It’s a scrapbook of sorts (and tries to look like one, too), including cutouts from an early 2018 detailed synopsis (when Jessica was instead named Erika, and the ending was more overtly spiritual), as well as tons of set photos, a later draft of the script in proper formatting and scans of archival documents presumably consulted for research. As the book confirms, the film is a well that sustains deeper immersion, its mysteries still intact.

“Night Colonies,” Weerasethakul’s contribution to The Year of the Everlasting Storm—the only segment I’ve yet to see, I should say—is nowhere near as ambitious as Memoria, but in its elegance achieves something just as beautiful and remarkable. Filmed in a small cottage in the northern Thailand city of Chiang Mai, the segment shows a room with an unmade bed, some artfully arranged white fluorescent lights on tripod stands and a community of bugs, including but not remotely limited to praying mantises, mosquitos, beetles, aphids, moths, ants, dragonflies and so many more. Some of them eat one another, others dance around in ignorance of the much tinier or larger species occupying the bedsheet, pillows and bulbs. Fuzzy audio clips of the Bangkok democracy demonstrations from summer of 2020 warble into the sea of buzzing minibeasts, as though channeling into the room via their antennae. Within the context of a “pandemic film,” it’s puzzling, ominous, and a bit funny: social distancing rejected, a society without humans, a world in chaos, a space of rest taken over by beings completely oblivious to the past year or any time other than the present.