Take Two: A Movie About Heartbreak, Helping and Vulnerability 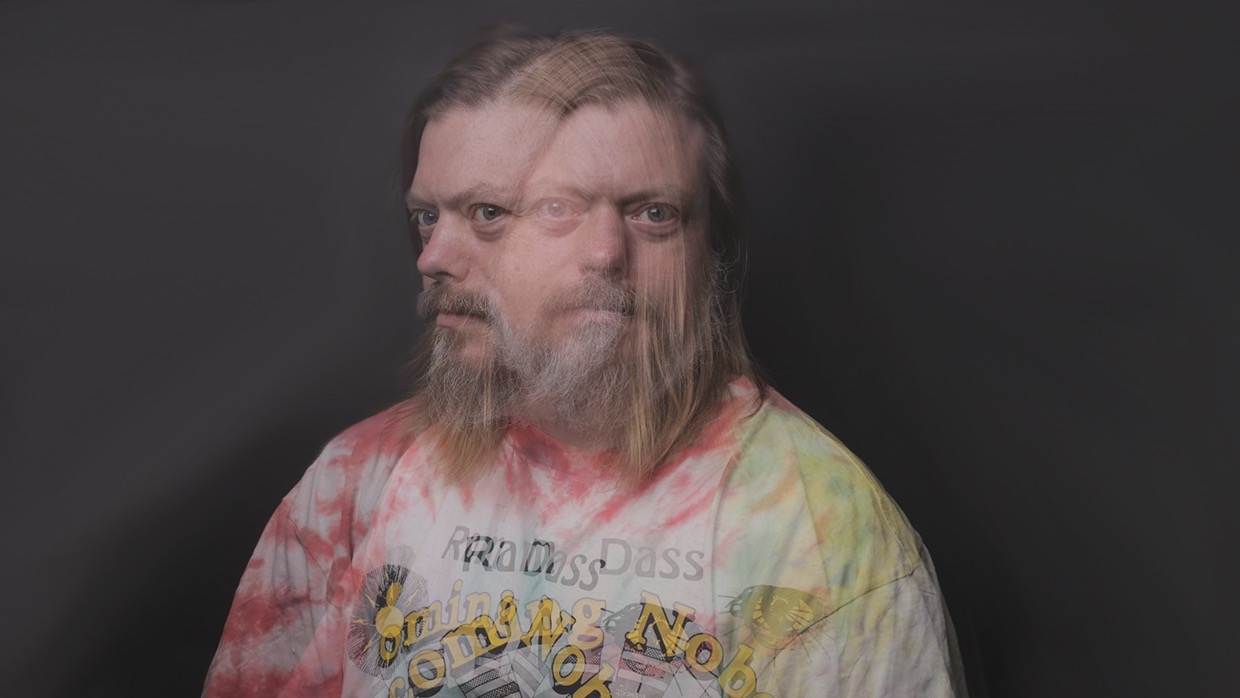 After the spiritual teacher Ram Dass suffered a stroke in 1997, he said, “Up until now my life has been dedicated to helping people. I even wrote a book called How Can I Help?, but now I’m confined to a wheelchair and my life is filled with people taking care of me. If I wrote it now it would have to be called, How Can You Help Me?”

I love Ram Dass for his brilliance and vulnerability. His teachings on acceptance and loving awareness have been a lifesaver for me and so many. But in the wake of his stroke, it was hard to accept this new state. I’m going through a similar change of identity. I didn’t have a stroke. But four years ago my life took a dramatic turn, causing me to refocus my art and values. I was the most depressed I’ve ever been, I was broke and Lyft driving and thinking about quitting filmmaking. To top it all off I was grieving from a really tough breakup with a woman who I thought was the love of my life. I was stuck in a loop of blaming her and continually confiding in my friends to the point of alienating them. Terry, the protagonist in my new film, Take Two, has the same backstory but tries to fix things by casting his new girlfriend Kate as his ex in a movie about his failed relationship. He clearly needs help and so do I (to make it). We’re currently crowdfunding for the film here.

It was hard to come back to LA with my tail between my legs. A lot of my friends were hurt that I left them for a woman I had often complained to them about, so it was embarrassing to go back to them crying after it failed. I did a lot of soul searching and reconnected to my spiritual side. I decided I’d be happier giving up filmmaking and focused all my energy on helping others. So, I started a screenwriting coaching business called Screenplay Doula. It’s part creative writing class, part therapy. I’ve even decided to go to drama therapy school (CIIS in San Francisco) this fall because it will help me be an even better teacher. I thought I was fine leaving the filmmaking behind until I was faced with my acceptance letter. It hit me like a ton of bricks: Fuck, I did really still want to make films. So, I decided to squeeze in my next feature, Take Two, before I head off to school.

It’s a script that’s been brewing in me for years and I finally finished during the pandemic. I see making the film as an important closure ritual before starting this next chapter. I was inspired by the challenges I had with friends while I was grieving. Terry casts his famous best friend, Cole, to play himself opposite his new girlfriend, Kate, in the film about his ex. But while they are filming, Kate and Cole challenge Terry on how the script seems too one-sided, trying to prove his ex was responsible for everything going wrong. As Terry’s understandings of things are thrown into question, he is forced to confront and take responsibility for his past. What Terry doesn’t know is that Cole secretly resents him for leaving and for constantly being a burden to him. Terry always looked up to Cole for advice and although Cole happily played the helper role, an unhealthy routine was formed.

When you are helping someone, you can easily fall into looking down on them, overly identifying them as the patient and you as the helper. I’ve noticed that when you try to help someone it says more about you, the helper. Maybe you’re helping them because you want to prove that you are a smart helper person. Helping often has an agenda. With my ex-girlfriend, for example, we got together in the wake of a challenging divorce and I fell into this supportive therapist role. We wanted to integrate our lives but her daughter had a hard time with it. So, I fell into trying to coach her on her parenting. Clearly my advice had an agenda behind it. It may have been sound, but it had more to do with my judgments about her mothering than giving her the sounding board she needed. Instead of trying to express how the issues with her daughter were making me feel, I was blaming her—blaming disguised as helping.

In an interview with Oprah, the Zen Buddhist monk Thich Nhat Hanh described compassionate listening as needing to “listen with only one purpose. To help him or her to empty his heart. Even if he says things full of wrong perceptions. If you want to help him or her to correct his perception, you wait for another time. But for the time being you just listen with compassion.” Sometimes you can’t deal with just listening. It’s hard to see a friend in pain. I know from being depressed I put a lot of strain on my friendships. And, honestly, I began to resent some of them for not being more empathetic. It was interesting to see who could deal with my pain and who couldn’t. Obviously the ones who couldn’t make space for me without jumping to find a solution maybe had too much other shit going on in their own lives. Some were so scared I was going to hurt myself that they were more concerned with doing whatever they thought would help me, rather than just listening to me and trying to empathize with me. One day I told a friend that I was depressed again and thinking about my ex; he cut me off and said I should try going on anti-depressants. It made me realize just how painful it must have been for my ex when I was judging her.

When Ram Dass had his stroke, he was left struggling to form even the simplest sentence—one day an eloquent spiritual lecturer, the next needing a speech therapist to communicate. Everyone had gifts and advice for him, but in reality they wanted to fix him because they were uncomfortable with him being broken. However well-intentioned, this kind of “helping” isn’t really helpful at all, nor is it genuinely selfless. To truly help someone you must meet them where they are, not where you think they should be.

It wasn’t until I was in a new relationship that I fully realized the errors of my ways. A couple of years ago, while I was still struggling to put my life back together, I started dating someone new. But my relationship anxieties were triggered all over again. I was labeling this person as “not vulnerable enough” and begging her to be brave enough to stay with me. A big light bulb went off. I wished I had taken responsibility for my needs without shaming my ex for not fulfilling them. I wished I had simply said, “I love you, but I can’t live like this.” I wish my friends had said, “Dude, I feel so scared when you talk about being depressed, because it reminds me of my uncle who killed himself.” But we blame others to escape our own pain and shortcomings. Our pride stands in the way of speaking our truth. But all we can offer others is our pain, our vulnerability, our insights. This is what I want to do with my movie. This is what I try to impart on my students. I try to hold space for them in a way that I wished I had been given. In a way I wished I had done.

Linas Phillips is a director, actor, teacher, and spiritual seeker. He is currently crowdfunding his latest feature, Take Two, on Seed&Spark.In 2006, he walked 1,200 miles to meet Werner Herzog, documented in his first film, Walking to Werner. His other films include Bass Ackwards(which premiered at the 2010 Sundance Film Festival) and Rainbow Time(2016). As an actor, Phillips has appeared in Twin Peaks, Eastbound & Down, Togetherness and Manson Family Vacation. As the “screenplay doula,” Phillips teaches screenwriting by applying techniques drawn from notable spiritual teachers.