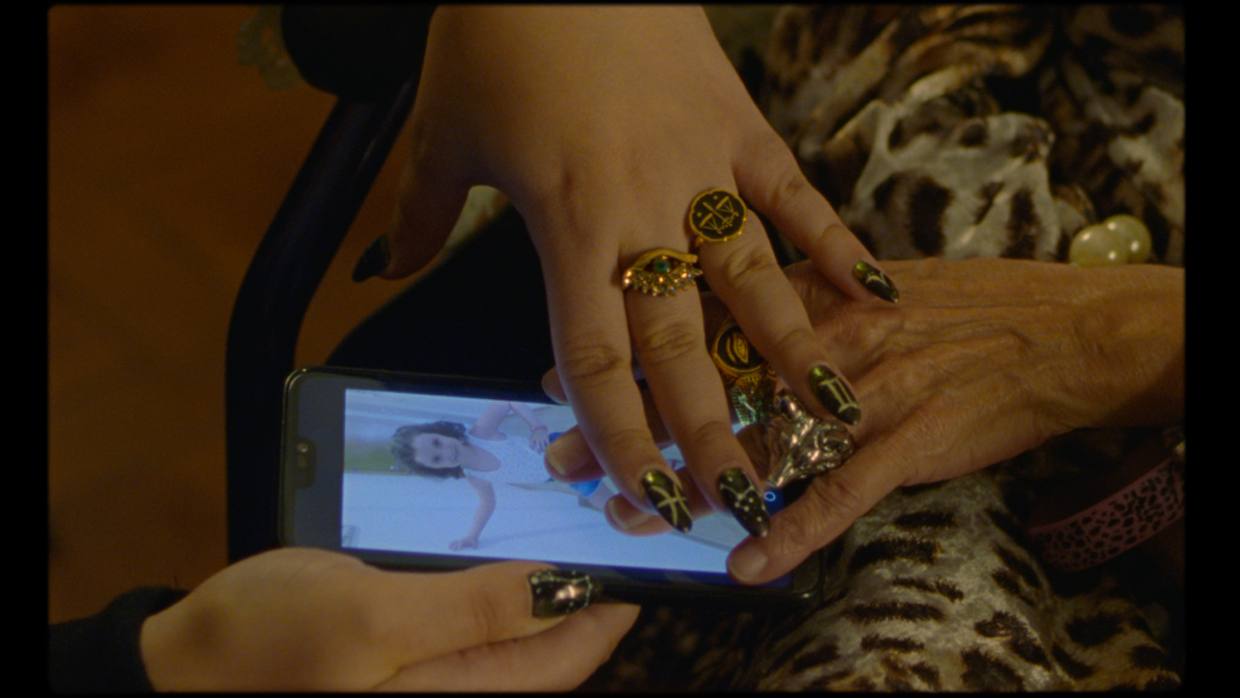 by Celluloid Liberation Front
in Festivals & Events
on Aug 25, 2021

In light of the ongoing pandemic and, more pertinently, its repercussions on the public screening of films, weighing in on a festival in any peremptory way might be trickier than ever. This year’s Locarno Film Festival, which returned to its physical form after last year’s hiatus, is a case in point. If the mere fact of being once again able to enjoy a film in the safely distanced and masked company of dispassionate strangers is cause for celebration, the work can still be indigestibly lousy even under these jubilant circumstances.

The relative joy and definite privilege of being able to attend a film festival shouldn’t exempt us from reflecting on the many contradictions traversing these tentacular events. Theatrical exhibition’s gradual decline has been simply sped up by COVID, but festivals too will have to come to terms with a new reality: First, by realizing that going forward they will probably end up, for better or worse, as the last bastions of communal film-going, ideally as the discerning intermediary between those who make films and those who will still watch them (mostly on streaming platforms, realistically speaking). Secondly, and consequently, by holding ever dearer those spectators that do not go to festivals but may nonetheless be interested in their offerings. Problematic though it may be for those of us who still prefer watching a film on the big screen, streaming platforms (beyond Net***x and Am***n) are already bringing a wider audience films once relegated to the festival circuit and a handful of western cities. It is in this crucial respect that festivals like Locarno can still play a decisive role. Rather than replicating the bulimic overabundance found online, festivals could act as guides, critical filters to help viewers draw their own maps of meaning on the audiovisual continent of cinema.

Helmed by new artistic director Giona A. Nazzaro, this year’s edition of Locarno was, if anything, another reminder that film festivals are what they can materially afford to be. Noble and well-meant artistic intentions can be declared, but what ultimately determines a festival’s offerings are the power relations underwriting its structures—whether that’s good or bad, inevitable or resistible, seems beside the point. Which is why rather than assessing the festival’s artistic merits, one might as well as focus on the films, knowing that their presence in Locarno was largely a matter of material possibilities rather than creative will. This year’s winner of the Pardo d’oro somewhat encapsulated what the Swiss festival has historically stood for: an intersection between popular fare and cinephilic research. Edwin’s Vengeance Is Mine, All Others Pay Cash combines the pleasures of action movies (formally) with the distinctions of arthouse (narratively). The film tells the story of Ajo Kawir (Marthino Lio), a fearless fighter suffering from erectile dysfunction which he makes up for by beating the living crap out of people. When he meets Iteung (Ladya Cheryl), a female fighter who reciprocates his love for combat by flooring him, Ajo falls in love with her. Though the parallel between male impotence and aggressiveness is bluntly drawn, Edwin’s film is never didactic nor affected—quite the contrary, it is the mechanics of entertainment rather than those of sermonizing the director is after. Simple but not simplistic, Vengeance Is Mine, All Others Pay Cash is a timely reminder festival fare need not be boring or unnecessarily convoluted.

Locarno has always paid careful attention to cinema’s history, usually (but not only) via its retrospectives. To explore the history of cinema is also to acknowledge the many crafts that go into its making, not only the work of actors and directors. Over the years Locarno has honored editors and cinematographers, and, in this year’s case, special effects creators. One of Ray Harryhausen’s artistic disciples, Phil Tippett has worked with Joe Dante (Piranha), Steven Spielberg (Indiana Jones and Jurassic Park), George Lucas (Star Wars) and Paul Verhoeven (Robocop and Starship Troopers), “with whom I share a political vision.” Over thirty years in the making, Tippett’s pet project Mad God, which premiered in Locarno, is to Hollywood what the apocryphal gospels are to Christianity, an unearthly rendering of the divine atrocity that is creation. While monstrosity in Hollywood is used to characterize “the other” (though Tippett, like Verhoeven, cleverly plays on the ambiguity in this binary distinction), in Mad God it is us, humanity, that constitutes a veritable aberration. The film stages a hellish vision where the distinction between the human and bestial is blurry to say the least. Tippett said that most of the film represents an animated transposition of his dreams, though its texture and content veers decidedly towards the nightmarish. Mad God plunges into the dark recesses of the unconscious, a place that makes Lang’s Metropolis look like a workers’ paradise, where the slightest movement towards happiness is ruthlessly crushed. It is a hypnotic and looping vision of hell on earth, the cinematographic return of all that Hollywood and its edifying messages have historically repressed. What is even more striking is the visionary ability to translate the magma of unconsciousness through the meticulous linearity of stop-motion animation.

Also dealing with religion and its least flattering aspects, however indirectly, Chema García Ibarra’s The Sacred Spirit obliquely evokes Carl Gustav Jung’s take on UFOs as a para-spiritual phenomena borne out of great existential uncertainty, a form of (post-)religious investment that closely follows the salvationist drive, guiding believers away from the meaningless void of life on to a nondescript and celestial fulfillment. The film, which received a special jury mention, revolves around Ovni-Levante, a UFOlogy association, its dull yet colorful members and a missing girl. When Julio, president of said association, suddenly dies, José Manuel is left alone to guard the cosmic secrets upon which the whole of humanity depends. All seems random and unrelated, until it is not. The science-fiction provincialism and darkly comic tone won’t dissuade viewers from taking the film very seriously—the surreal picture painted by the director may feel otherworldly but is actually much closer to the misery of normality than initially thought.

Few things felt as relevant to the plotless degeneration currently experienced on planet earth than Abel Ferrara’s script for his latest film, Zeros and Ones. Not even its star, Ethan Hawke, could make any sense whatsoever of the script, as he candidly admitted in a video message that followed the press screening in Locarno. If, in the past, Ferrara’s pre-linguistic instincts elevated his films to the Olympus of cinema, the poetic discernment of his guts feels out of focus and touch here. In a nocturnal, apocalyptic Rome under the invisible threat of an invisible enemy, an American soldier arrives on a mission that is far from clear, let alone accomplished. His twin brother, also played by Ethan Hawke, is imprisoned and tortured by God knows who. The eternal city seems to be on its last leg as soldiers, drug dealers and hookers appear to be among the very few professions left on the marketplace of life. What exactly is going on and why (not?) is, presumably, anyone’s guess.

If in Ferrara’s case this cannot be possibly adduced to any trend or fashion, the weak screenwriting and anti-narrative tendencies of most films screening at festivals are hard to miss. Once a meaningful reaction to the cinematographic tyranny of linearity, the disregard for narrative coherence and sense feels today more like an excuse. The effective insularity of film festivals and their alienation from popular taste have determined a set of stylistic standards relevant to, and appreciated by, industry insiders alone. Aside from critical conformism, there are very material causes behind the artistic isolationism of most festivals. Many are equipped with co-production platforms where films are workshopped to death, audiences designed in advance and aesthetic canons created in literal labs. Not that the standardization of cinematic products is a recent phenomenon: Fordist principles were applied in the studios during Hollywood golden age, only now films are no longer mass-consumed. This has resulted in the monopolization of critical taste and consensus by an increasingly irrelevant community that obeys its own internal logics rather than reflecting the outer context from which films once originated. As absurd as it may sound, we have reached a stage where films at festivals tell us more about the festivals themselves than anything else—a contradiction Locarno both incarnates and addresses.