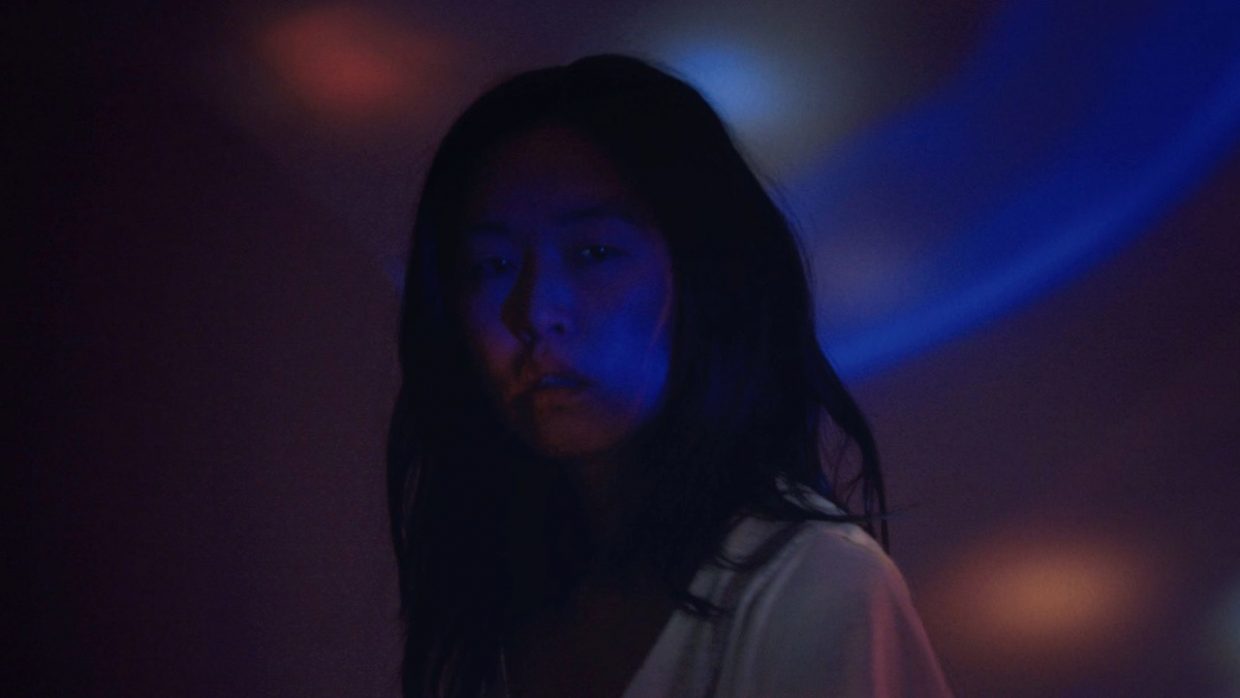 by Whitney Mallett
in Filmmaking
on Oct 6, 2021

She’s just like a sexy girl. You know the type… goth, horror, self-cutting. She’s like J Lo/Nosferatu. Typical. The whole trend. She’s pinup-y but poseur, like wannabe, like big ass. She probably doesn’t really have a big ass but looks like it in the photos — That’s how the protagonist in Daniel Chew and Micaela Durand’s new film 38 drags the woman who slept with her husband. The film’s action takes place post-affair, centering around the scorned wife (played by Curie Choi) online stalking the “other woman” (played by Alicia Novella Vasquez), an obsessive screen-based fixation uncomfortably relatable to probably anyone who has a social media account.

Chew and Durand’s 23-minute short premiered last week at the New York Film Festival. It’s the third in a trilogy exploring the embodied experience of our heavily mediated lives. First (2019), focusing on the story of a teen girl, relied on subtitles to capture the dislocated and disruptive nature of incessant texting while Negative Two (also 2019), about a 20-something gay architect, represented dating-app messages via voiceover. (We wrote about both films before when we featured Chew and Durand in our 25 New Faces series). 38, the title presumably referencing the protagonist’s age, takes a slightly different approach, exploring instead how video-based apps like TikTok structure our experiences. Choi’s character’s access to Novella Vasquez’s character is limited to short moving-image loops, at once hypnotic, haunting, and empty. Like in their other films, Chew and Durand juxtapose the flat images of screens with New York’s vertiginous landscape, but an added dimension is this frustrated repetition, which according to the filmmakers, suggests the way we compulsively replay or reenact our traumas.

With their third film, Chew and Durand have continued experimenting with a collaborative approach to filmmaking, soliciting non-actors to play versions of themselves. (However, while 38 was her on-screen debut, Novella Vasquez is arguably a non-actor no longer, having been tapped for a role in artist-turned-director Amalia Ulman’s next feature). The realness of the film’s performances feels important to its larger examination of social media-spurred filmmaking, a stylish meditation on how the viral videos on these platforms have forever changed the way we watch and interpret moving images.