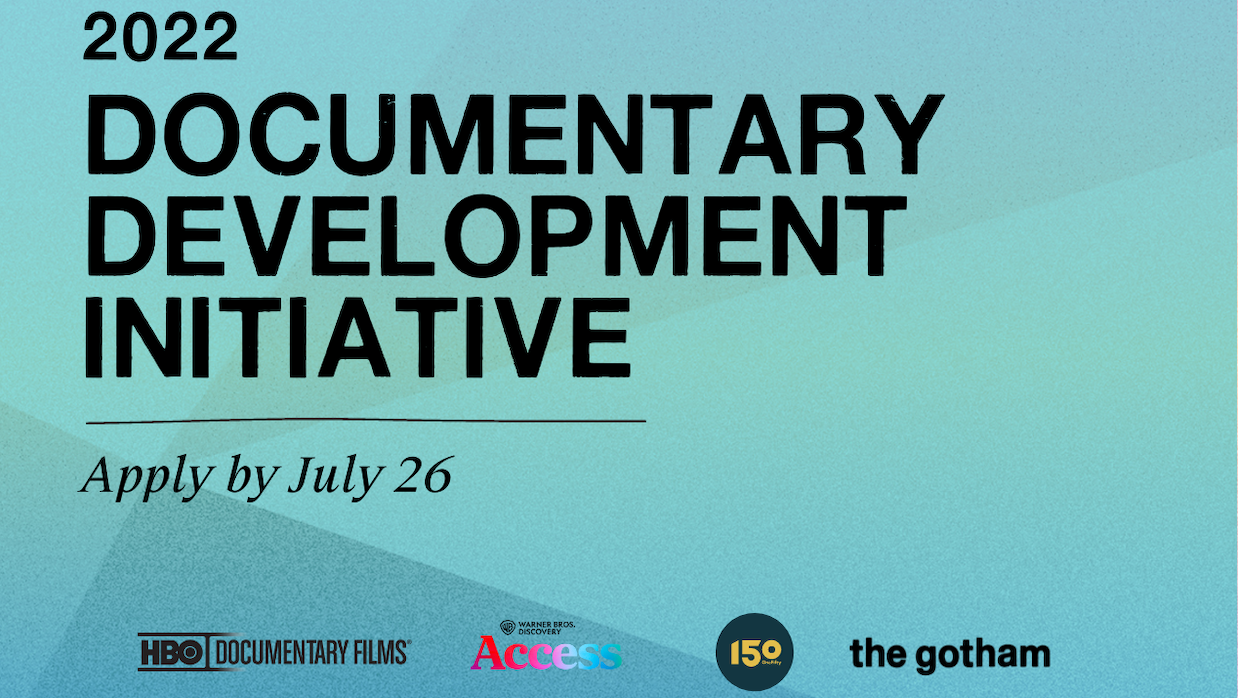 by Filmmaker Staff
in Filmmaking
on Jun 6, 2022

HBO Documentary Films and The Gotham Film & Media Institute’s Expanding Communities program have announced the Documentary Development Initiative, created for storytellers who identify as BIPOC, LGBTQ+, and/or storytellers with disabilities with the intent of providing resources to develop thought-provoking, character-driven contemporary ideas for documentary films and limited series.

Through this initiative, up to ten selected filmmakers will be given grants of $50,000 for research and creative development at an early stage. HBO and The Gotham (Filmmaker‘s parent organization) will provide resources and mentorship to support the development of documentary projects and select grantees will have the opportunity to receive additional funding. Funding for these grants is sponsored by HBO Documentary Films, OneFifty and WBD Access.

“We are excited to collaborate with The Gotham and work closely with the Documentary Development Initiative filmmakers at the ideation stage of the development process,” said Sara Rodriguez, Senior Vice President, HBO Documentary Films. “It will be a privilege to help support the creative ambitions of the grantees.”

“We are so proud to announce this initiative, which will provide resources to filmmakers from historically excluded communities as they develop creative and thought-provoking documentaries. We are thrilled to champion these voices as they further their careers in the entertainment industry,” said Karen Horne, Senior Vice President, Equity and Inclusion, Warner Bros. Discovery. “OneFifty is thrilled to expand upon our long-standing relationship with the Gotham Film & Media Institute, an organization deeply committed to identifying talented emerging independent artists,” added Axel Caballero, Head of OneFifty & Vice President, Artistic and Cultural Innovations, Warner Bros. Discovery.

“We are honored to partner with HBO Documentary Films on this new initiative with our Expanding Communities program,” said Kia Brooks, Deputy Director of The Gotham Film & Media Institute. “Expanding Communities seeks to uplift historically excluded voices and organizations that support them. We look forward to being able to provide these nonfiction storytellers with the necessary tools and resources to help propel their careers forward.”

Ideas generated through the Initiative will be offered to HBO on a “first-look” basis, giving the network the first opportunity to make an offer to develop them further.

Those interested in applying can do so here. Applications will be accepted until July 26, 2022 at 11:59 PM ET.