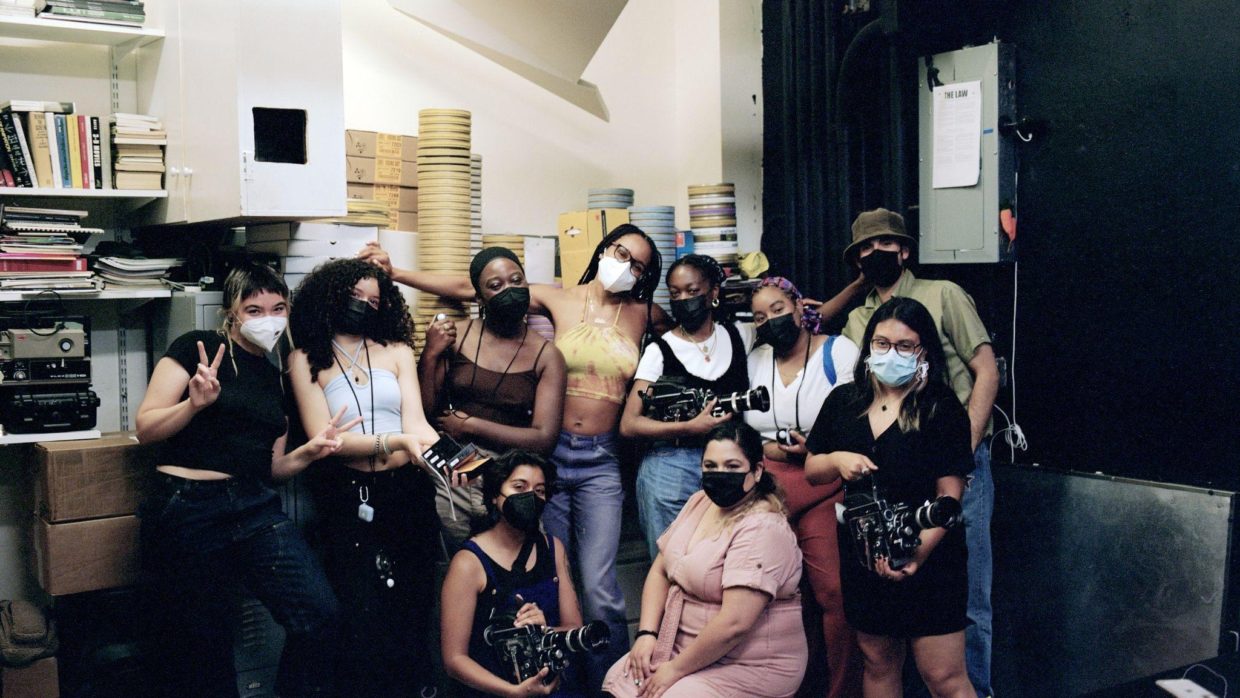 During the lead-up to the release of Rebeca Huntt’s first feature, BEBA, a raw documentary portrait of the artist as a young Afro-Latina filmmaker on a path towards self-acceptance and discovery, the filmmaker and DP Sophie Stieglitz led a one-day workshop on 16mm production at the cinema arts organization Mono No Aware. Presented by NEON (Beba’s distributor) and Ghetto Film School, six women of color filmmakers were invited to take place and attended “an intimate discussion around personal filmmaking” led by Huntt before being sent outside to the streets of Brooklyn with a roll of film and a Bolex camera.

“A profound and humbling experience meeting these incredibly gifted and strong femmes who I know will take over the industry one day. It was incredible to witness them telling their stories, especially on 16mm. Doing this has been a highlight of my career” Huntt said.

“At Ghetto Film School, the fundamentals of dramatic and visual storytelling sit at the intersection between self-exploration and experimentation; we call it, ‘recreating life on the screen’ or ‘capturing small moments of momentous transformation,'” the organization said. “This is the foundation on which we build to explore the narrative voice, style, and aesthetics to which each individual filmmaker has a unique sensibility….”

Selected shorts will be showcased later in the fall for a private screening. In addition to the 16mm workshop, NEON has partnered with organizations including Brown Girls Doc Mafia and Future of Film Is Female for special screenings to proactively engage diverse audiences, especially women of color. The film is also a recipient of the Chicken and Egg Hatched Grant. BEBA opens June 24th in NY at IFC Center and LA at AMC Sunset followed by a nationwide release on July 1. Visit www.beba.film for more information.