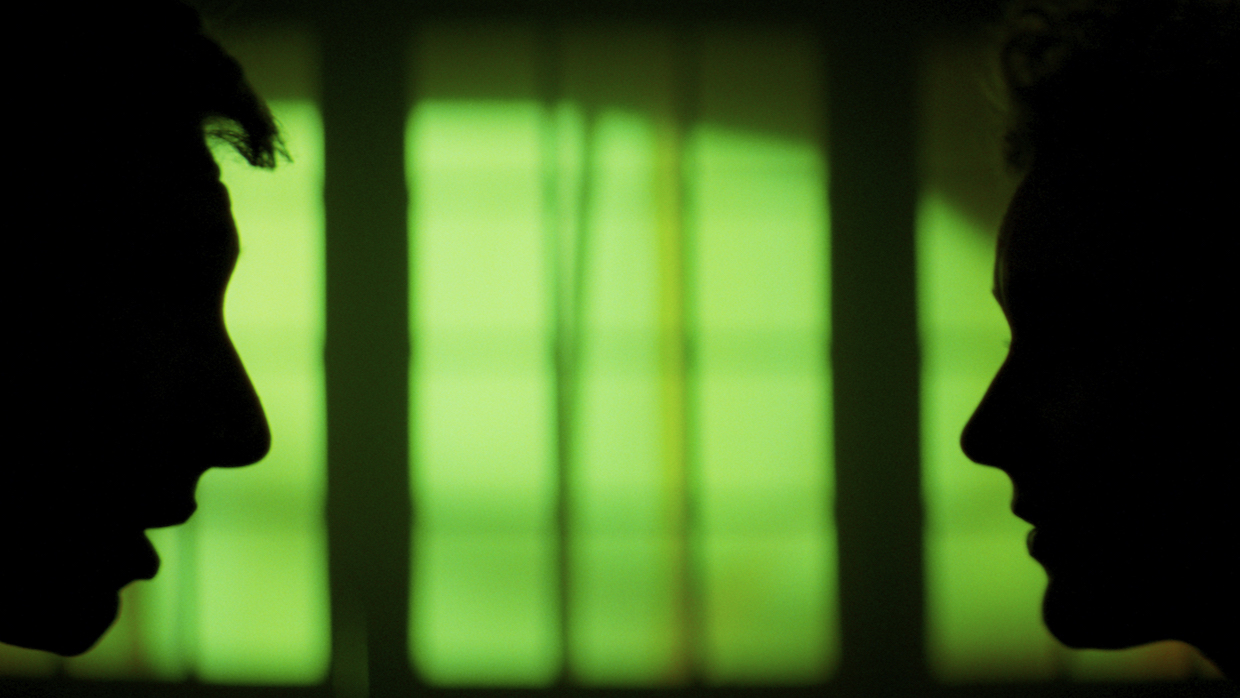 Can product placement ever transcend advertising? Pepsi’s vintage logo—a comically over-present staple of ’80s and ’90s commercial Hollywood filmmaking—is continuously conspicuous in Noah Baumbach’s adaptation of Don DeLillo’s White Noise. As a period marker, this makes sense: the novel was published in 1985 and the film’s production design places it in the early ’80s. Thematically, it’s obviously relevant: DeLillo’s first-person narrator, J.A.K. Gladney (Adam Driver), regularly has his thoughts interrupted by lines that simply list corporate names or interpolate overheard advertising chatter. DeLillo originally thought of naming the book Panasonic, writing to his editor that “The word ‘panasonic,’ split into its component parts—’pan,’ from the Greek, meaning ‘all,’ and ‘sonic,’ from the Latin sonus, meaning ‘sound’—strikes me as the one title that suggests the sound-saturation that is so vital to the book…” As journalist Jeff Salamon observed, “Unfortunately, the Matsushita corporation felt otherwise and denied Viking permission to use the brand name.” Admittedly, the idea of a very expensive White Noise with real product logos runs counter to DeLillo’s explicitly anti-consumerist project, but self-contradictory movies are generally more interesting than those airlessly on-focus.

Previous English-language feature-length adaptations have tried to translate DeLillo’s intensely non-naturalistic dialogue onscreen in two different ways.1 The first was modeled by Michael Keaton in 2005’s Game 6—the author’s sole original screenplay, at least to be filmed—where the actor anchored almost all scenes and gave a valiant, if thoroughly misguided, attempt at rendering lines in his familiar manic-comic mode. The second was attempted in David Cronenberg’s much better Cosmopolis, in which most performances were as baroquely stylized as the words being recited. Both modes showcase each line reverentially, but Baumbach chooses a surprisingly successful third path by regularly allowing performers to step all over each other’s dialogue. That’s true both when showing Hitler Studies professor Gladney in his cosily chaotic domestic life with wife Babette (Greta Gerwig) and their scaled down-Brady Bunch assemblage of children from different marriages, and in his academic pursuits at the College-on-the-Hill, where professors jockey for attention in bouts of pop cultural/theoretical one-upmanship. It’s not quite Altman: the ear isn’t always being shifted from one overheard remark to another, but sometimes simply produce a combined sound (a white noise of its own) that emphasizes the musicality and shared rhythms of the lines over their individual content. This isn’t true throughout—especially in the third act, Driver and Gerwig are jointly thrust into the spotlight, and both manage to render their lines plausibly naturalistic in a way Keaton couldn’t.

Even though some line readings from smaller supporting players falter, as an attempt in DeLillo performance styles White Noise is largely a success; as a self-contained adaptation, at least it’s not boring. Baumbach has made a number of non-intuitive choices, starting with not filming “The Most Photographed Barn in America”—arguably the single most succinct summation of the DeLillo project and best-known two pages of his work. Characters not in the immediate family unit (Gladney’s ex-wives, Babette’s father) have been removed, while the central “Airborne Toxic Event”—the chemical explosion and resulting black cloud that forces the Gladneys, along with their entire Ohio town, to evacuate—has been expanded to include more action. (Baumbach’s faux-DeLillo dialogue when he needs some connective material is surprisingly solid pastiche, though it’s admittedly impossible to imagine DeLillo writing anything as un-ornate as Driver’s reaction to glimpsing the Toxic Event: “Oh shit.”) This part of the film is Baumbach’s extended attempt into Spielberg quasi-homage: illuminated by the occasional helicopter light, the cloud unfurls like an ominous parody of Close Encounters‘ looming clouds, with people scattering away from it in lines of similarly epic traffic jams. Throughout, White Noise is a formidable display of how to spend lots of money and these sequences, with their seemingly hundreds of cars and similar numbers of corporal, non-CG humans, are its most obviously spectacular use of resources. What Baumbach doesn’t have is Spielberg’s impossible smoothness; in a scene of everyone hurriedly fleeing a camp, he pulls the camera backwards, fleeing with the family, while in the background motorcyclists repeatedly whizz past into objects or other people. It’s a repeated deployment of the same type of chaos, staged at slow speeds, rather than a density of individual actions rapidly glimpsed and surged past. The old-fashioned heft is satisfying in its own way, but not nearly as graceful as the model. (To be fair: how could it be, because that is really, really hard.)

I’ve read five DeLillo novels and with each one have eventually hit a wall at the sheer number of times “secret” is deployed as an adjective, most often applied to histories and conspiratorial undertones in American life; the word’s evocative qualities get diluted down to nothing, as if everything were a false flag operation. Still, White Noise‘s central diagnoses—about media oversaturation in American life and the weird effects it has on people’s brains—have aged remarkably well; while the novel ties them specifically to terrestrial TV, the basic idea’s hardly changed. White Noise‘s academics—full-time employed, way-too-self-serious vidiots—are a slightly too highbrow foreshadowing of how pop culture has metastasized to look at itself on the internet, albeit with ever-shortening windows of chronological reference. We’re all trapped in the opening scene of Reservoir Dogs, forever.

There’s attention-maintaining novelty in seeing a filmmaker whose general stock in trade is people talking at length in rooms suddenly accessing an almost stupidly large budget and making the most of it, especially in the production design. I loved the huge grocery store in all its Supermarket Sweep color-coded glory—unfortunately for DeLillo, I love supermarkets, and I haven’t seen one this vibrant since Punch-Drunk Love. Baumbach’s most important addition to the narration is a slight timing tweak that brings J.A.K. and Babette back together earlier than they are in the novel’s ending—nothing about what transpires changes, but the net result is shockingly affirmative about the strength of their marriage. Millions of normal Netflix subscribers with zero opinions about Don DeLillo are going to log onto the platform on Friday, December 30, because that is what a certain number of people regularly do with the streamer’s big release of the week. I will be very curious to know what they make of all this, in part because I can’t separate it from the novel and in part because it’s not clear to me that the movie’s ultimately affirmative emotions are successfully generated. I suspect the only context many will bring in, as far as the star-director teaming, is Driver in Baumbach’s previous Marriage Story, specifically in his unexpectedly memeable fight with Scarlett Johansson; what they’ll get this time is (an attempt at) the first truly romantic movie of the writer-director’s career.

1. Having grown up in a world without any DeLillo movies, in which the very prospect seemed unthinkable for self-evident reasons, it’s wild that there are even more movies from his work than I’ve seen: two short films, plus Benoît Jacquot’s 2016 French-language adaptation of The Body Artist. Thanks to Uri Singer, a producer on White Noise, if all works out we’re to be treated to, among other things, a Hulu miniseries adaptation of Underworld. ↩