JULIA PONTECORVO REPORTS FROM POWER TO THE PIXEL

Julia Pontecorvo, Power to the Pixel, The Rodshire Archives, Transmedia

The annual Power to the Pixel conference wrapped in London last week. Participating was transmedia producer Julia Pontecorvo with her project, The Rodshire Archives. Below is her report on pitching at the event. 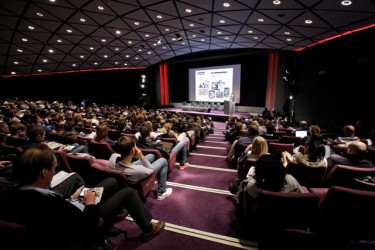 I was very excited when I found out my transmedia project The Rodshire Archives was chosen by Power to the Pixel as one of the finalists in its second annual Pixel Pitch held in London this past week. What made this pitch competition distinct from others offering cash prizes is the one-on-one meetings they set up for all nine finalists. Liz Rosenthal and Tishna Molla, the forum’s founder and producer, did an excellent job finding a wide range of relevant experts, ranging from online content distributors to creative advertising execs to traditional film producers. Thus, while my project didn’t walk away with the £6000 (kudos to Helene Granqvist of Good Film and Hanna Sköld of Tangram films for their project Granny’s Dancing on the Table!), I don’t feel I walked away empty-handed. I’ve come back to NYC with helpful feedback and important contacts—both of which will prove invaluable to making The Rodshire Archives Project a reality.

Our project tells the story of the mysterious town of Rodshire, USA, an all-but-forgotten place where the peculiar is commonplace and superstition is fact. The Rodshire Archives is the 180-year-old community record that documents Rodshire’s long strange history, with stories that sound as if they were ripped from the pages of a Roald Dahl novel or David Lynch film.

The hardest part of preparing for the Pixel Pitch was coordinating our team’s schedules. We hashed out the finer details of our project plan and our presentation through a series of epic coffee breaks, lengthy email exchanges, late night Google Doc seshes, and early morning conference calls. For our pitch, we focused on story over platform because we figured no one wanted to hear yet another talk on the potential of using Twitter + Facebook for telling stories. We had a feeling most pitches would use PowerPoint, and since none of us are fans of the program, we decided to differentiate ourselves by putting together a 10-minute video using images that captured Rodshire’s look and feel.

Going into the day, I had prepared for what I thought would be a 10 minute presentation and a 20 minute Q&A session, where I would get to elaborate on some of the pitch elements that I didn’t have time to discuss in detail. However, much to my (and many of the other candidate’s) dismay, the Q&A was actually a feedback session, with no opportunity to follow up on the issues raised by the jury. This would be my only real complaint about the structure of the event: both the audience and I would have benefited from working through some of the nuts and bolts of transmedia planning live.

It’s still too early to say what will eventually come of the meetings I had or the attention my project received during the conference. The feedback we received felt at times schizophrenic; one transmedia producer told me that connecting with the audience through live events was absolutely crucial, while a children’s television executive told me to lead with our literary assets and then market a broadcast series. But as Maureen McHugh said in her speech the first day of the conference, we’re all still trying to define the conventions of this new storytelling philosophy. My plan is to digest everything, then pick and choose what advice will be most useful and play to my team’s strengths. I’ll also follow up with some of the people I met with about potential partnerships and support, a possibility that is a direct outcome of being having participated in the Pixel Pitch.

Ultimately, The Pixel Pitch forced our team to commit to defining our story on a deadline, one that we probably wouldn’t have imposed on ourselves. The experience provided us with a flood of new ideas and perspectives, injecting new energy into our story planning. Most importantly, it supplied us with the much-needed external affirmation that yes, our idea is worth the struggle. — Julia Pontecorvo