by Jason Guerrasio
in Filmmaking
on Dec 2, 2010

Dito Montiel, Documentary, Sundance Film Festival 2011, Sundance Institute, The Son of No One 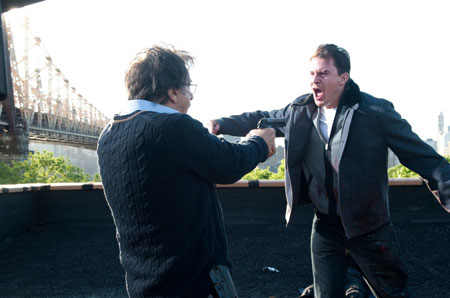 The Sundance Institute has released the films screening in the out-of-competition sections of the Sundance Film Festival and have announced that the closing night film will be Dito Montiel‘s The Son of No One (pictured right). The film, set in a post-9/11 New York, follows two men as their lives unravel due to incidents from their past. It stars Channing Tatum, Al Pacino, Katie Holmes, Tracy Morgan, Ray Liotta and Juliette Binoche.

Other highlights from the list include George Ratliff‘s Salvation Boulevard, Morgan Spurlock‘s The Greatest Movie Ever Sold, Joshua Leonard‘s The Lie (which will play in the fest’s NEXT section), Liz Garbus‘ Bobby Fischer Against the World, Susanne Bier‘s In a Better World, Steve James‘ The Interrupters,  Kevin Smith‘s Red State, Gregg Araki‘s Kaboom and Kelly Reichardt‘s Meek’s Cutoff.

The Devil’s Double/Belgium (Director: Lee Tamahori; Screenwriter: Michael Thomas) — An extraordinary chapter in recent history providing a chilling vision of the House of Saddam comes to life through the eyes of the man who knew too much. Cast: Dominic Cooper, Ludivine Sagnier, Mimoun Oaissa, Raad Rawi, Philip Quast.

I Melt with You/Canada, U.S.A. (Director: Mark Pellington; Screenwriter: Glenn Porter, based on the story by Glenn Porter and Mark Pellington) — Four friends gather every year to celebrate their friendship. This year they are unexpectedly forced to confront a forgotten promise they made 25 years earlier. As they examine choices they’ve made, they realize that what they said they would do with their lives and what they have done are entirely different. Cast: Thomas Jane, Jeremy Piven, Rob Lowe, Christian McKay, Carla Gugino.

Life in a Day/United Kingdom (Director: Kevin Macdonald) — Life in a Day is a historic global experiment to create the world’s largest user-generated feature film. On July 24, 2010, professional and amateur filmmakers captured a glimpse of their lives on camera and uploaded the footage to YouTube, serving as a time capsule for future generations. 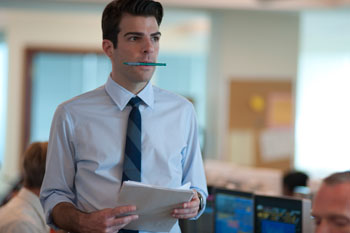 Margin Call/U.S.A. (Director and screenwriter: JC Chandor) — Over a 24-hour period during the early stages of the 2008 financial crisis, the key people at a investment bank struggle to decide how to handle an emergency business situation while examining the personal and moral implications of every action they take. Cast: Kevin Spacey, Paul Bettany, Jeremy Irons, Zachary Quinto, Stanley Tucci.

The Music Never Stopped (Director: Jim Kohlberg; Screenwriters: Gwyn Lurie and Gary Marks, based on the story “The Last Hippie” by Oliver Sacks) — A father struggles to bond with his estranged son who suffers a brain tumor that prevents him from forming new memories. He learns to embrace his son’s choices and to try to connect with him through the power of music. Cast: J.K. Simmons, Julia Ormond, Cara Seymour, Lou Taylor Pucci, Mia Maestro. SALT LAKE CITY GALA FILM

My Idiot Brother/U.S.A. (Director: Jesse Peretz; Screenwriters: Evgenia Peretz and David Schisgall) — After serving time for selling pot, Ned successively moves in with each of his three sisters as he tries to get back on his feet. His best intentions quickly bring the family to the cusp of chaos and ultimately the brink of clarity. Cast: Paul Rudd, Elizabeth Banks, Zooey Deschanel, Emily Mortimer. 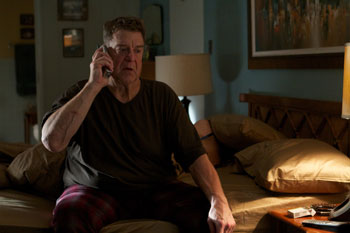 Salvation Boulevard/U.S.A. (Director: George Ratliff; Screenwriters: Doug Max Stone and George Ratliff, based on the novel by Larry Beinhart) — An evangelical preacher who has captivated a city with his charm frames an ex-hippie for a crime he did not commit. Cast: Pierce Brosnan, Jennifer Connelly, Ed Harris, Greg Kinnear, Marisa Tomei.

The Son of No One/U.S.A. (Director and screenwriter: Dito Montiel) — Two men in post-9/11 New York are forced to relive two murders they committed as young boys. Their lives start to unravel by the threat of the revelation of these shocking and personal secrets. Cast: Channing Tatum, Al Pacino, Katie Holmes, Tracy Morgan, Ray Liotta, Juliette Binoche. CLOSING NIGHT FILM

Win Win/U.S.A. (Director and screenwriter: Tom McCarthy, based on the story by Tom McCarthy and Joe Tiboni) — When a disheartened attorney moonlighting as a high school wrestling coach stumbles across a star athlete, things seem to be looking up. That is, until the boy’s mother shows up fresh from rehab and flat broke, threatening to derail everything. Cast: Paul Giamatti, Amy Ryan, Bobby Cannavale, Jeffrey Tambor.

Becoming Chaz/U.S.A. (Directors: Fenton Bailey and Randy Barbato) — Born biologically female, Chastity Bono invites the viewer into a deeply personal journey as he transitions from female to male, embracing his true self, which is Chaz.

Bobby Fischer Against the World/U.S.A. (Director: Liz Garbus) — The drama of late chess-master Bobby Fischer’s career was undeniable,as he careened from troubled childhood, to World Champion and Cold War icon, to a fugitive on the run. 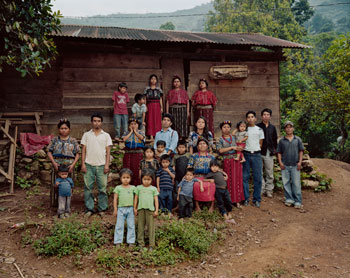 Granito/U.S.A. (Director: Pamela Yates) — A documentary film intertwines with Guatemala’s  turbulent history and emerges as an active player in a nation’s struggle to heal itself and serve up justice.

The Interrupters/U.S.A. (Director: Steve James) — From the Academy Award-winning director of Hoop Dreams comes a story of ex-gang members who are now protecting their communities from the violence they themselves once employed.

Rebirth/U.S.A. (Director: Jim Whitaker) — Weaving together five stories of individuals whose lives were profoundly altered by the 9/11 attack with unprecedented time-lapse footage of Ground Zero composed over ten years, what emerges is a chronicle of grief’s evolution and a nation healing.

These Amazing Shadows/U.S.A. (Directors: Paul Mariano and Kurt Norton) — The history and importance of the National Film Registry unfolds in a roll call of American cinema treasures that reflects the diversity of film, and indeed the American experience itself.

Bellflower/U.S.A. (Director and screenwriter: Evan Glodell) — A ballad for every person who has ever loved and lost – with enough violence, weapons, action and sex to tell a love story with apocalyptic stakes. Cast: Evan Glodell, Jessie Wiseman, Tyler Dawson, Rebekah Brandes.

Lord Byron/U.S.A. (Director: Zack Godshall; Screenwriters: Zack Godshall and Ross Brupbacher) — When he’s not pursuing women, Byron is smoking weed and loafing around. But he’s grown restless in his middle-age and feels the need to escape – he just doesn’t know where to go. Cast: Paul Batiste, Gwendolyn Spradling, Kayla Lemaire.

The Off Hours/U.S.A. (Director and screenwriter: Megan Griffiths) — A passing truck driver brings an unfamiliar sense of optimism to a woman working the night shift at a quiet diner, reminding her it’s never too late to become the person you always wanted to be. Cast: Amy Seimetz, Ross Partridge, Scoot McNairy, Lynn Shelton, Bret Roberts, Tony Doupe. 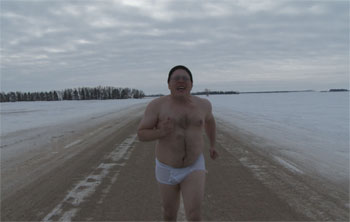 Prairie Love/U.S.A. (Director and screenwriter: Dusty Bias) — When a mysterious vagrant living out of his car among the snowy plains discovers a nearly-frozen local with a pen-pal girlfriend, he sees an opportunity to change his lonely existence. Cast: Jeremy Clark, Holly Lynn Ellis, Garth Blomberg.

to.get.her/U.S.A. (Director and screenwriter: Erica Dunton) — Five girls come together for one fateful night where anything goes. They all had secrets, but their friendship was the only thing they knew to be true. Cast: Jazzy De Lisser, Chelsea Logan, Adwoa Aboah, Jami Eaton, Audrey Speicher.

GRAB/U.S.A. (Director: Billy Luther) — Three families in the Laguna Pueblo tribe prepare for Grab Day, when they throw groceries from a rooftop to the community waiting below – an annual community-wide prayer of abundance, thanks and renewal. Documentary, narrated by Parker Posey. World Premiere.

INDIGENOUS SHORTS- a program of short films from around the world by Native American and indigenous filmmakers. The seven short films that will be presented together as part of the Native Showcase will be announced on December 6. 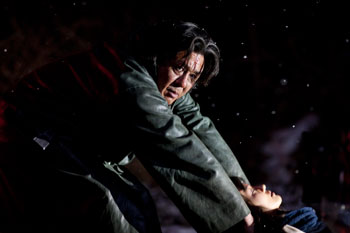 "I Saw The Devil"

Old Cats (Gatos Viejos)/Chile (Directors and screenwriters: Pedro Peirano and Sebastián Silva) — An old woman who realizes that her mind is quickly deteriorating desperately tries to hide this condition from her daughter, who waits keenly for any sign of senility in order to take her apartment. Cast: Bélgica Castro, Claudia Celedón, Catalina Saavedra, Alejandro Sieveking.

The Catechism Cataclysm/U.S.A. (Director and screenwriter: Todd Rohal) — After becoming disinterested with the church, a priest tracks down his old classmate, a former metalhead whom he idolized in high school. When the two embark on a canoeing trip together, all hell breaks loose. Cast: Steve Little, Robert Longstreet, Walter Dalton, Miki Ann Maddox, Koko Lanham. World Premiere

"Hobo with A Shotgun"

Hobo with A Shotgun/Canada (Director: Jason Eisener; Screenwriter: Johnathan Davies) — A hobo hops from a train with dreams of a fresh life in a new city, but instead finds himself trapped in an urban hell. When he witnesses a brutal robbery, he realizes the only way to deliver justice is with a shotgun in his hands and two shells in the chamber. Cast: Rutger Hauer, Molly Dunsworth, Gregory Smith, Brian Downey. World Premiere

The Woman/U.S.A. (Director: Lucky McKee; Screenwriters: Jack Ketchum and Lucky McKee) — When a successful country lawyer captures and attempts to “civilize” the last remaining member of a violent clan that has roamed the Northeast coast for decades, he puts the lives of his family in jeopardy. Cast: Pollyanna McIntosh, Sean Bridgers, Angela Bettis, Lauren Ashley Carter, Zach Rand. World Premiere

Jess + Moss/U.S.A. (Director: Clay Jeter; Screenwriters: Clay Jeter and Debra Jeter) — Without immediate families that they can relate to, and lacking friends their own age, second cousins Jess and Moss only have each other. A series of visceral vignettes conjure memories of companionship and sexual awakening during a summer shared together on their Kentucky farm. Cast: Sarah Hagan, Austin Vickers.  World Premiere. 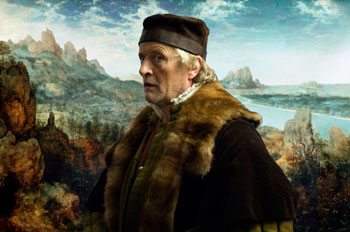 !Women Art Revolution/U.S.A. (Director: Lynn Hershman Leeson) — One part of a transmedia project that includes the interactive video installation RAW WAR presented at New Frontier, this seminal documentary depicts the history of women artists who have used art as an activist practice to fight oppression and protest gender and racial exclusion – creating what many historians feel is the most significant art movement of the late-20th century. U.S. Premiere

Slacker/USA 1991 (Director and screenwriter: Richard Linklater) — Praising the film in the Chicago Sun-Times in 1991, Roger Ebert wrote, Slacker is “a movie with an appeal almost impossible to describe, although the method of the director, Richard Linklater, is as clear as day.” Cast: Richard Linklater, Marc James, Stella Weir, John Slater, Louis Mackey.