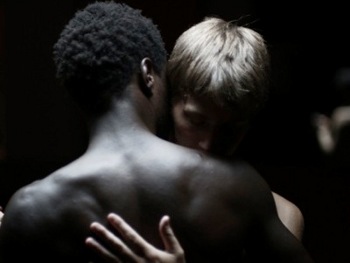 While it doesn’t have to stretch to come off as a sexy and intoxicating (or from the number of casually inebriated drivers, intoxicated) place, Trinidad and Tobago has a reputation as relatively unassuming. Although it is not reliant on tourism to fuel its economy thanks to its abundance of oil and natural gas, it hasn’t escaped the fate of many struggling Caribbean economies, trying to gain traction in a world increasingly dominated by information technology and increasingly scarce resources. Trinidad and Tobago’s modest prosperity and egalitarian vibe seem to make this largely forgotten southernmost outpost of the Afro-Caribbean world an interesting location for an ambitious film festival. Now in its fourth year, the Trinidad and Tobago Film Festival, which was held from September 22nd-October 5th, wants to be a beacon for the region’s cinematic future. It has taken some important steps to meet the regional industry and audience’s cinematic needs, but it still has its work cut out for it.

The brainchild of local film professor Bruce Paddington, TTFF is slowly wiggling its way towards an identity. Less glamorous than Leslie Vanderpool’s star- obsessed, resort-centered festival in the Bahamas (which just kicked off its most recent edition) and Barbados’ now defunct event, this is a festival that wants to embrace both the Afro-Caribbean and South American world as its focal points. Trinidadians are largely force-fed the same Hollywood films as everyone else. (Full disclosure: I snuck into a screening of Wall Street 2 at the same strip mall multiplex most of the festival’s features screen at). Local cinema is largely a curiosity to a large portion of the festival’s attendees. TTFF offers a sorely-needed glimpse into their own country and region’s burgeoning filmmaking identity. There are competitions and prizes for filmmakers from both this tiny duel island state and the Caribbean as a whole, programming that emphasizes both strong and mediocre local work, and panels with titles like “Straight Talk: Solutions To Independent Filmmaking In Small Island States.” Although it has the potential to become a hub of growth for the region’s filmmaking, at this stage in its evolution, the Trinidad and Tobago Film Festival’s ambitions are bigger than its accomplishments.

While it sports a few really terrific, speakeasy-like venues and terrific hospitality, its regional programming proved to be a mixed bag. High points included Kareem Mortimer’s drama Children of God (pictured above), a huge hit on the gay and lesbian circuit that took home a pair of prizes, and a host of films from elite festivals with ties to the region (Columbian Ciro Guerra’s Cannes favorite Wind Journeys, Haitian Raoul Peck’s bludgeoning satire Moloch Tropical, Adam Lough’s Lee Perry doc The Upsetter, Ryan Fleck and Anna Boden’s, nearly three -year-old Sugar). Brazilian Daniela Thomas, Walter Salles’ frequent collaborator, was feted with a career retrospective that included screenings of several of the pair’s early films (Terra Estrangeira, O Primeiro Dia) and more recent works (Cannes opener Linha De Passe). Still, the fest’s alleged bred-and-butter, thoughtful programming of regional films, was largely uneven. While bright spots like Russell Watson’s highly watchable Barbados-set drama A Hand Full of Dirt and Miquel Galofre’s rousing doc Why Do Jamaicans Run So Fast? made positive impressions, much of the focus fell on derivative and unpolished work by local and regional short filmmakers. New Caribbean Cinema, a well-intentioned initiative to spur new interest in filmmaking amongst Caribbean youth and foster a uniquely Caribbean aesthetic by a number of young Jamaican filmmakers who are collaborating on a feature-length omnibus film, was much hyped in the regional press (its purveyors sported the cover of Caribbean Airlines magazine this fall), but the work of theirs that was on display, much less than initially advertised, was technically crude and thematically dull.