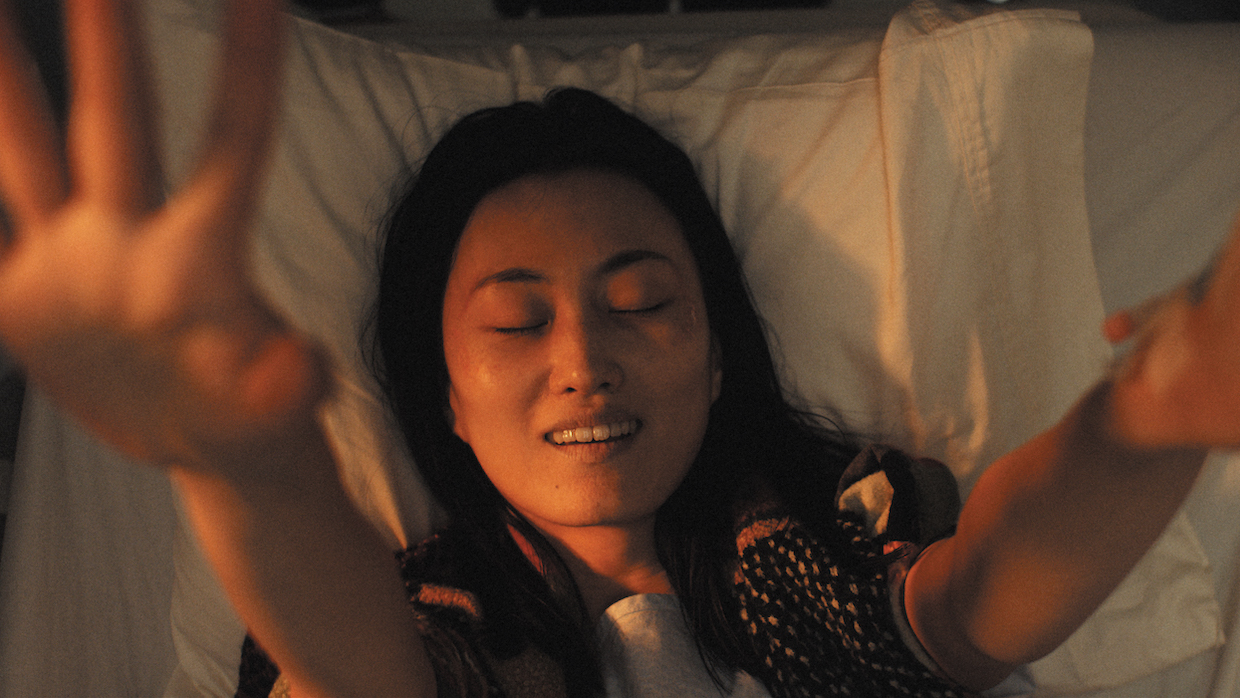 by Jesse Pasternack
in Interviews, Producers
on Jul 14, 2022

In television, the position of the showrunner covers so much territory and entails supervising so many different jobs that it can be difficult to define. Many showrunners are writers who create their series. Others are hired to execute a creator’s vision, but all have vital responsibilities stretching across the entirety of a season, from pre-production work with writers to supervising the directors and production team during shooting and overseeing vital post-production work.

One showrunner from a writing background is Soo Hugh, who began her career on the feature side of the industry but switched to television when she was hired on The Killing. “I got to write an episode and, a few weeks later, saw my episode get made,” she says. “That kind of satisfaction is the power of making television.”

Today, Hugh is the creator and showrunner of the Apple TV+ series Pachinko, an adaptation of author Min Jin Lee’s global bestseller, which she successfully pitched to the streamer with the support of Media Res execs Michael Ellenberg and Lindsey Springer and Blue Marble’s Theresa Kang-Lowe. In contrast to Lee’s novel, Hugh takes a nonlinear approach, alternating the narrative of Solomon Baek (Jin Ha) trying to close a business deal in 1989 Tokyo with that of his grandmother Sunja (played by Youn Yuh-jung, Kim Min-ha and Jeon Yu-na at different ages) living under the Japanese occupation of Korea and immigrating to Osaka after a relationship with powerful fish broker Koh Hansu (Lee Min-hSZA`o).

Hugh acknowledges the showrunner’s wide-ranging set of responsibilities, noting that the biggest misconception about the position is “that it’s one job,” and, she adds, “I think every showrunner does it differently.”

Hugh’s particular approach to showrunning extends to how she conducts the writers’ room, although that term is not her preferred phrase to describe her team. “I like to think of it more as a think tank,” she says. “You get together smart, passionate people who love the story and really want to dig in.” In contrast to other writers’ rooms, which focus on coming up with story beats quickly, Hugh likes to discuss the thematic underpinnings of a show and look at different forms of references that range from movies to paintings. “We’re trying to wire our brains and creative energies together,” she says of this part of the process.

Throughout her work as showrunner, Hugh likes to collaborate with people who have a wide range of perspectives. Showrunners often hire writers who predominantly work in the genre of the series they are going to write, but, she says, “I want the exact opposite. I want as many different types of thinkers as possible to constantly stress test the show.” For Pachinko, her approach led her to collaborate with writers who had never previously worked in the historical fiction genre, as well as those with backgrounds in theater and poetry. But, she says, “We all felt a tremendous responsibility, not only to the source material but to the real history.”

Hugh’s method of valuing a writer’s perspective and talent over their ability to fit into a box related to genre reflects her own background. Before the historical family drama of Pachinko, she created or co-created science fiction and horror television series such as The Whispers and The Terror. Hugh credits the thought process a writer gets into when writing horror, which involves deep thinking about how moments make an audience feel, as an influence on her latest show.

“That kind of discipline in thinking about where the audience is at any particular moment has been very helpful for a show like Pachinko,” she says.

Hugh’s belief in collaborating with talented people with different artistic styles extended to the show’s directors. She worked closely with Media Res to find Koganada (After Yang) and Justin Chon (Blue Bayou), both hailing from independent film, who each directed four episodes of Pachinko’s eight-episode first season.

“They’re both very different from one another,” Hugh says. “I think it would do a great disservice to the show and to both of them as visionaries if you tried to make them into one. I never believed in that.” As showrunner, she trusted that the story would join everything together while allowing for flexibility when it came to accommodating different visual styles. Kogonada’s style involved a more static camera and use of master shots, while Chon took a more visceral approach in terms of camera movement and more close-ups. From different directions, the two directors grappled with the same question Hugh initially posed to them about creating the feeling of what she describes as “an intimate epic”: “How do you make the close-up feel just as epic as the extreme wide shot? How do you make that extreme wide shot feel personal?”

With the dialogue between past and present a defining aspect of the series, Pachinko’s edit was long. If a scene or sequence in one episode wasn’t working, Hugh and her editors would set it aside and work on a later one, which often helped them find a solution to that earlier scene. Hugh has a specific process for giving notes on the editing of an episode. After viewing the director’s and editor’s cuts of an episode, she writes formal edit notes, which involves grabbing screenshots. She then asks herself big picture questions about the identity and pacing of the episode before making sure that she and the editor understand each other. “I always like to start with the end and the beginning,” she says. “I feel like if you nail the opening and ending, you know where to go in the middle.”

Some of Pachinko’s most memorable moments are set to licensed pop songs, which Hugh wrote into the script. “I very much have a set idea of what I want in terms of songs,” she says. “And if I can’t get [a particular song], it’s figuring out what other songs can fill that emotional space.” For example, Hugh wanted to set a pivotal moment to a favorite song, “In the Aeroplane Over the Sea” by Neutral Milk Hotel. But, when laying it in, the original version felt too modern for the sequence. Hugh ended up Googling covers of the song until she found a haunting one by musician Dan Mangan, which she ended up using in the sequence.

A key collaborator in creating the music of Pachinko is composer Nico Muhly. Unlike some showrunners, who may not bring on a composer until post-production, Hugh brought Muhly to work on the series months before shooting had even commenced. She also sent him ideas while they were shooting, which helped him put together pieces of music and character themes before they had an edit of a single episode. “I needed Nico to breathe in the show from the very first frame so that he could be a true partner,” Hugh notes. Muhly’s music is so important to her that she wouldn’t allow the editors to use any temp music that hadn’t been composed by him. “Everything has to be Nico, Nico, Nico,” she says. Rather than wait for a cut, Hugh creates a music cue sheet near the end of filming, a document that communicates her vision of when cues should enter and the emotion they should convey.

In addition to her work on Pachinko, Hugh recently began a program with UCP (Universal Content Productions, a division of Universal Studio Group), The Thousand Miles Project, which helps writers telling stories through the lens of Asian American and/or Pacific Islander communities. The program’s name is inspired by the Chinese proverb, “a journey of a thousand miles begins with a single step.”

“One of the things we found was that the entry touchpoint [to the industry] was sometimes the hardest,” Hugh says. “If you have at least half a foot in, there are great programs that help you get to the next step, and the step after. So, the real question is, how do you even take that first step?”

Hugh’s answer involves giving the project’s writer participants two days of workshops with other writers, agents, managers and development executives. Some of the participants are chosen to take part in a 24-week development lab in which they will be paid to develop and write a pilot. This part of the program was important for Hugh, because writers can feel insecurity and a type of imposter syndrome at the beginning of their career. “I remember the first paycheck I ever got to write was the first time I felt comfortable introducing myself as a writer,” Hugh said.