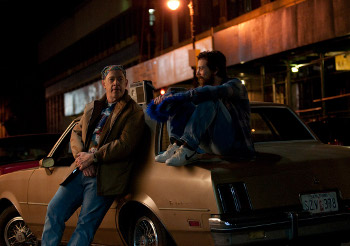 The most surprising thing for me about the film is the old cliché: that it got made at all. But not for the old clichéd reasons. When my friend sent me the script, and after I fell in love with it, I looked at it with my produceorial hat on and felt certain it would never get made. First, it was in a studio’s library and had been for more than 10 years, and most importantly, the incredible soundtrack from some of the best artists of rock ’n roll were interwoven and inseparable from the script.

So I figured it wasn’t possible to get those artists into a low-budget format. I rattled around with it for a few weeks and finally called up a wonderful music supervisor/producer I had worked with before and asked her what she thought.

Again certain she would confirm my disappointment, she surprised me by saying, “Ya never know till you ask, right kiddo?” So she went ahead and called up her friends and contacts with Dylan and the Dead, and lo and behold they fell in love with the script, not only because of the great showcase of the music, but because the film is about the healing power of music wrapped in a father-and-son story.

Once they came on board, the film created its own momentum, which it continues to do with its premiere at Sundance at the Salt Lake Gala. I feel honored and thrilled to be allowed to show it there and I know everyone connected with the film is too.